At exchange4media's TV First Conference, Desai, Director-Marketing Operations Indian Sub-continent, P&G says we should gear up for a world where consumer platforms are not segregated but integrated

“Should I switch my TV advertising budget to digital?” This is a question that brands and marketers have been grappling with for a long time now. All who have been there, pondered over what is the way to go in terms of advertising in the age of disruption-TV-first or digital? At the TV First Conference, a part of the exchange4media Prime Time Awards 2019, Abhishek Desai, Director-Marketing Operations Indian Sub-continent, P&G took the stage to discuss this.

Sharing the example of the 10 year-challenge, Desai said, “How do we extend this challenge to the world of technology that we live in?” Drawing an analogy of the time when the first Android phone was launched in India, he added, “Remember those days, when the phone was used to make a call? And now, the phone is used for so many new things. I see people chatting away for hours but not calling each other. And today in 2019, there should be approx 300 million smartphone users.”

Establishing the point that the world has changed dramatically and so has TV, Desai continued, “Remember those days when we called it idiot box. And the same idiot box has now become Smart TV. “ While much has been spoken about disruption, he was quick to add, “We are living in the age of disruption. But disruption is not new. The world has been disrupted many times. Advertising platforms and the media industry has been disrupted many times.”

Highlighting how P&G has been driving disruption in advertising and brand-building, Desai reasoned “Because that is the only way we can stay ahead of the game.” He contended that it was the first company to show a sanitary napkin on TV and is one of the largest advertisers; it has continued to stay ahead of its curve.

Decoding the secret of it, he said, “It is the inherent belief that the consumer is the boss.“ Desai suggested that the fact that consumers are increasingly gravitating towards the mobile is going to drastically change the ecosystem. “The world is moving to a place where there is neither TV nor digital but integration of it,” he said making an interesting point.

His advice to marketers and brands was clear- raising the creative bar and stepping up the advertising game is the need of the hour. Desai recommended that the way to establish a connect with the consumer today in this disrupted world is by playing a larger role whatever the medium may be.

Highlighting the existent consumer antipathy towards ads, he urged the industry to wake up to a new reality where consumers don’t like ads and work towards solving it. “By 2020, approx. 18,000 crore will be spent on the digital medium. Bombarding the consumer to watch the same ads on different mediums is merely a colossal wastage of spends. Brands must raise the creative bar and spark conversations that are relevant to our day-to-day life and will resonate with the consumer.”

He made a strong case for growing the ability to razor-sharp target consumers and gear up for a world where we are able to not segregate but integrate consumer platforms. Desai opined that the reason TV has flourished is because of its reliable measurement system. “What we need is a unified measurement system that cuts across all mediums and platforms.” 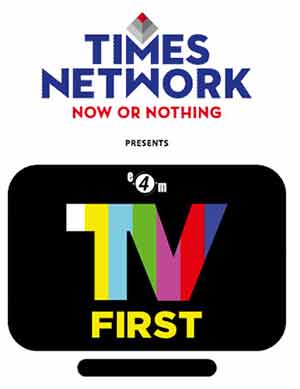