While there was up to a 40% dip in ad volumes in some markets in the early days of lockdown, the gap closed by November 2020 and it was back up to 100%

The year started on a happy note for print publications. When comparing January-March 2021 to January-March 2020, there was a 9% increase in print ad space. Interestingly most of the growth came from language publications. According to experts, minimal impact of lockdown on circulation and renewed interest of brands in regional markets are the two factors that led to the growth of the segment.

According to Rajeev Beotra, Executive Director, HT Media Ltd., for their markets, Bihar was the quickest to bounce back followed by Uttar Pradesh, Delhi and rest of the markets with each month being better than the previous.

“The year 2020 was a challenging year, but the last quarter of FY20-21 brought in the much-needed relief for the media and advertising industry. Circulation organically took a hit in the beginning of the year 2020 for the entire industry, which came up to almost 90% of the pre-Covid level by Nov’21 for Hindustan Times. The balance cash sales recovery took place slowly and steadily as the transportation services restored and the retail ecosystem opened back up. Given the resilience shown by T2, T3 cities and towns,” he said.

While there was up to a 40% dip in ad volumes in some markets in the early days of lockdown, the gap closed by November 2020 and it was back up to 100%, giving an exciting start to Q4.

To counter any dip in ad rates, organizations like HT Media created integrated print and digital solutions tailored to the individual priorities of customers, offering them exactly what they needed in terms of the target audience, geography and context.

According to TAM numbers, 33000 odd advertisers advertised exclusively during January –March 2021 period where One Mobikwik Systems and Honda Shine were the top exclusive advertiser and brand respectively.

What are the sectors taking interest in language publications?

“India is not a homogenous market, it is a regional market and marketers have seen the potential in it. Regionalization is happening across medium and print publications have also benefitted from this growing trend. Sectors like BFSI, FMCG, Auto and Education Technology have started using language dailies aggressively to target end-users," says Jai Lala, CEO, Zenith India.

According to the latest TAM numbers, the top advertisers in the period was ‘SBS Biotech’ with a 5% share of the ad Space, followed by ‘LIC of India’ and the top 10 advertisers also accounted for 22% of overall ad volumes in print medium.

Some regional markets like Kerala saw immense growth backed by reach and circulation numbers even during the pandemic.

The reach of print in Kerala happens to be the highest in India, by a fair margin. There is a high affinity towards print in Kerala and over 83% of the people are print readers, a huge leverage point for various brands and advertisers to reach out there target segments via print.

Sharing his perspective on the Kerala Market, Varghese Chandy, VP-Marketing & Advertising Sales, Malayala Manorama said, “In Kerala recovery has been close to 100% as compared to pre-Covid times especially in the January-March period. Since the market saw little to no impact on circulation due to the pandemic, the readership of Malayalam dailies never took the hit. As markets started opening up ad volumes in Kerala also went up. The assembly elections also boosted volume growth. We definitely closed the quarter with a growth over the previous quarter.”

“The most significant change that has taken place in times of Covid is the change in perception of consumers. Newspapers have become the most dependable source of facts,” said Shreyams Kumar.

However according to him, with the outbreak of the second wave of corona and continuous lockdowns in various states, only time can tell how print will grow and how the industry will again overcome the pandemic and establish positive market sentiments.

Chandan Mitra resigns as printer and publisher of the Pioneer newspaper.
2 hours ago

Chandan Mitra resigns as printer and publisher of the Pioneer newspaper.
2 hours ago

Winning a Grand Prix is like winning a cricket match: Piyush Pandey
14 hours ago 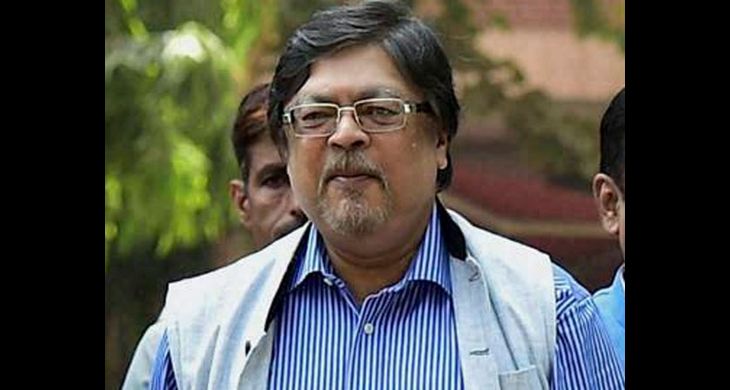 media-print Chandan Mitra resigns as printer and publisher of the Pioneer newspaper.
2 hours ago