As is known, Sharma had begun his stint with the BCCL in April 2011 as Executive President and Advisor Strategic Initiatives, leading Response that comprises the revenue and related functions for BCCL, owner of newspaper brands such as The Times of India and The Economic Times apart from various other leading brands.

Speaking to exchange4media, Sharma said, “For me, this is a vote of confidence that we are in the right direction, doing the correct things.”

On being inducted on the BCCL board, he replied, “It allows me to be involved in the bigger picture of the company and be part of the various new initiatives that BCCL would embark on in days to come.”

Prior to this, Sharma has worked as Senior Director at Whirlpool and Value brands, Whirlpool Corporation, in the United States. He has also worked in companies such as Goodyear, Glaxo Smithkline Consumer Healthcare, Coca-Cola India and ITC.

His appointment was seen as an injection of fresh thought process in the BCCL sales division. 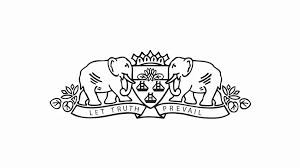 media-print Second round of layoffs at BCCL?
2 hours ago

media-print Lockdown 2.0: Why print media is not worried
5 days ago