The beginner's guide to millennial lingo

We trace the origins of a few massively popular words in the millennial’s lexicon, learn their correct usage and discover their interesting backstories

In 1857, Indian soldiers broke into mutiny when they discovered that they had been made to bite into ammunition supposedly laden with pig and cow fat. While most rebelled against the unintentional religious blasphemy they were being made to commit, a few others decided to endure the unpleasantness and ‘bite the bullet’. And thus was born the phrase, ‘bite the bullet’, to describe the acceptance of a situation despite the agony and suffering it inflicts. 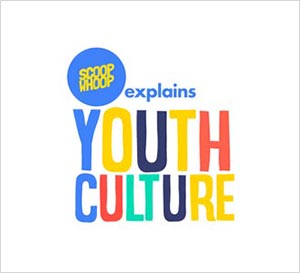 This and several other phrases have been a result of a particular situation, event or collective experiences that have led to the evolution of language itself.

Currently, in what many would call its excessively simplified form, linguistic evolution has become a millennial’s playground. And we are constantly contributing to it in the form of words and phrases, making it our own acceptable and functional form of language.

While a plethora of new phrases and words appear and disappear every now and then, a few have stuck. Some have even wormed their way into the Oxford dictionary and the English language. We tried to trace the origins of a few massively popular words in the millennial’s lexicon, learnt of their correct usage and discovered some interesting backstories for a few.

Lit AF
Meaning - ‘Lit’ describes any situation, event, or party that tickled the millennial’s fancy and got them super excited. And the suffixed ‘AF’ (as f**k) doubles said excitement felt by the attendees of the ‘lit’ event.

Origin - While it sounds like true-blue millennial lingo birthed by our fervent need to mutate language, ‘lit’ actually originated in the 1910s. Referring to the way one’s face figuratively ‘lit up’ in an inebriated state, lit was old-time slang often used to replace ‘drunk’. Through the years, as language evolved into its Y2K form and rap became a valid music genre, ‘lit’ became more about the general environment of the people who are drunk rather than the drunk person itself.

Woke
Meaning - A mutation of the word ‘awake’, ‘woke’ is used to describe someone who figuratively emerged out of their awareness slumber. They are now more politically conscious, mindful of social issues—especially pertaining to gender and minorities, and get behind causes that they feel strongly about.

Origin - First coined in 1962 by a New York Times author, ‘woke’ was resurrected in 2008 by singer and artist-activist Erykah Badu. In her song ‘Master Teacher’, Badu uses the phrase “I stay woke” in synchrony with the #BlackLivesMatter moment in a style which essentially emulates the African American Vernacular English. While the word is deeply entrenched in the modern civil rights moment, the Internet’s adoption of the word, much like what it advocated, became more inclusive and included every social issue under its purview.

Example - Her thoughts on feminism prove how woke she is.

Bae
Meaning - A supposed acronym for ‘before anyone else’, ‘bae’ is a word of endearment used to address one’s romantic partner or anything that evokes intense positive emotions.

Origin - Although widely accepted as short for ‘before anyone else’, the acronym is often questioned by linguists. The term seems to have originated around 2013 simply shortening ‘babe’ by adopting the millennial norm of dropping one letter. Currently an established term in the millennial dictionary, ‘bae’ is known for its ubiquitous presence on social media.

Example - Can’t make it. Going to watch a movie with bae.

Meaning - Often used to address a witty insult that leaves the receiver dumbfounded and incapable of thinking of an immediate comeback.

Origin - The exact origin is unknown but there are various ways the term may have been used to describe a well-delivered insult. While it may have originated at an unknown earlier time, it became a part of popular media thanks to its abundant use in the series ‘That 70s Show’. The term may have been an allusion to the one’s flushed cheeks from the embarrassment of the insult. An alternate theory is the figurative ‘sting’ one receives after a ‘hot’ sarcastic comment.

Example - She delivered a sick burn from which he simply couldn’t come back.

FOMO
Meaning - An acronym for the phrase ‘fear of missing out’, FOMO is the feeling of exclusion one feels when they’re not being included in a social situation. With the omnipresence of social media, FOMO often manifests when one witnesses friends and family posting pictures and updates about the good time they’re apparently having.

Origin - In 1996, the concept was identified by a marketing strategist but didn’t pick up as such. Through the years as social media started permeating into our daily existence, the concept of FOMO began to get deeply entrenched in our modern lives and our compelling need to keep up. Though it took a while to become an established concept, 2004 to 2014 was the golden period for FOMO when the term grew in popularity alongside the growth of social media. Currently, an Oxford-recognised term, FOMO is so widespread that there is even a TED talk about it.

Slay
Meaning - Meant to address someone who looks exceptional or does something that impresses everyone.

Origin - Born out of queer subculture, ‘slay’ is a common term used to describe how mesmerising a drag queen’s performance was. Gradually as queer culture and the art form of drag became more acceptable and mainstream, the word permeated into internet publications and social media. Often used to describe how good one is looking without paying heed to what others are thinking, ’slay’ ended up becoming a form of reinforcement for one’s bold sense of style.

Example - Beyonce just slays in whatever outfit she wears.

Every generation has something to contribute to the dynamic and ever-changing nature of language. And thanks to the immense Internet penetration afforded to us millennials, our offerings to the English language have stuck and how.

82.5 Communications, the 'Indian' agency, turns one
6 days ago

60% of our growth should be organic; 40% from acquisitions or collaborations: Gour Gupta
2 days ago