According to Wikipedia, cringe pop is a genre whose music and accompanying videos are “so bad that you can’t stop watching them.” Basically, it’s what happens when you take a song and remove all semblance of melody, harmony and musicality. It’s a form of music personified by off-tune singing, cheap videos, and millions of views on YouTube. In other words, it’s the musical apocalypse.

Let’s go back to the beginning. It all started with the torchbearer - Rebecca Black. She opened the floodgates with a track called ‘Friday’ and the genre was set in motion. Here’s a taster of her revolutionary track. 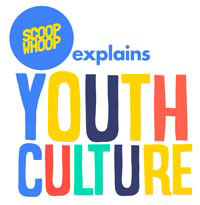 Kickin’ in the front seat
Sittin’ in the back seat
Gotta make my mind up
Which seat can I take?

Despite the vapid lyrics and displeasing overall musicality, Black’s ‘Friday’ (no pun intended) has racked up 127 million views on YouTube.

Suddenly, the pressure was on - to be so bad that you were good. To make a name for yourself as the best worst thing in the room.

According to clinical psychologist Prerna Kohli, “A cringe video is one involving an awkward or embarrassing situation for one person or more. And the reason for its popularity is people deriving a sadistic pleasure from seeing the humiliation of others.” Musically gave the movement an extra nudge, and out of the woodworks came Taher Shah. There’s always that one fool at every party who’ll start blasting T-Shah at the strike of 2 am. Depending on your level of intoxication, you’ll either sing this or you’ll leave – I am like an angel
Mankind’s angel
My heart is like a rose

That’s from Taher’s hit song ‘Angel’, currently at 2 million plus views on YouTube. Mind you, apart from the lyrics, this guy’s also wearing a bright robe, angel wings, and a halo over his head.

Then there’s Dhinchak Pooja. With her signature red scooter and emphasis on autotune, she’s hard to miss. Lyrics like, “Daaru daaru daaru, jo na naache usko maarun cement her place in the annals of cringe.  There’s audio perfectionists who leave no room for error. Cringe pop, however, seems to be the stark opposite of that, revelling in a state of substandard production. It’s like they made an entire genre out of Saif Ali Khan playing the guitar (remember that?). Tracks like ‘Sunday Morning Love You’ by Bhim Niroula actually exemplify the catchiness of cringe music. It’s basically an uncle in front of a green screen singing the days of the week. You want to get it out of your head, but it just won’t leave. You’ll be succumbing to the sweet embrace of slumber, and the chorus will jolt you awake like an annoying cousin. Strangely enough though, while we’re all united in agreeing that the music isn’t good, cringe artists also have a die-hard fan following. People find them entertaining and defend their music as something to enjoy over a laugh. YouTube and other social media have been the main promoters of these artists. In fact, they clock up so many millions of views that Pooja actually appeared on Bigg Boss!  We’re in the throes of a cringe-pop zeitgeist - a cultural revolution built on a foundation of awkwardness and cheap production. The most important question of the last eight years has to be - Why do we tolerate cringe pop? Why do we encourage something that causes grief? Psychologist Prerna Kohli claims the popularity of these people stems from a feeling of schadenfreude, which is enjoyment in someone else’s embarrassment.

According to a study by Prof Shifman from The Hebrew University of Jerusalem, the most successful video memes have six common features: a focus on ordinary people, flawed masculinity, humour, simplicity, repetitiveness and whimsical content. Another theory however, is that people like Pooja and Taher have capitalised on a market, and they’re just sticking to their formula - a really successful formula. All we do know at the moment is that ‘Selfie Maine Leli Aaj’ currently has 36 million views on the Tube. Now that might be indicative of a much larger issue, perhaps some kind of mass hysteria. Or it might just have no meaning at all, like life itself.

Post-COVID will be best opportunity for the industry to do a complete pivot: Uday Shankar
1 day ago

With the big four of FTA getting more eyeballs, are advertisers too making a comeback?
7 hours ago

e4m Creative Zone: 'You can’t underestimate the power of small talk in our industry'
7 hours ago