e4m correspondent Sai Prasanna is all agog with excitement as she learns to steer her way across the vast domain of advertising and media. Here she gives her account of unfurling a whole new world and meeting some exceptional people along the way&hellip;

It’s been exactly one month to the day since I joined exchange4media. Emotion on that first day – excitementtrepidation. I had worked with a newspaper writing about roads, flyovers, water supply, lakes. What was I doing in an organisation which wrote ‘about’ the media? Would I be able to comprehend and write intelligent articles that would encapsulate the entire gamut of happenings in a domain that is constantly in a state of flux? Plagued and worried by such questions, I stepped into my new role.

My first assignment was an extensive and exhaustive feature for Onam. Now, this was something I was confident on how to go about. I called major newspapers/ TV channels/ radio channels/ ad agencies in Kerala and briefed them about it. Some were hesitant, some busy, some rattled their mouths off and then got suspicious, and many were happy to oblige. This was the first time that I was coming in contact with the business side of the industry and I must admit – I was fascinated. Figures, brand categories, ad spends, volumes, ATL/ BTL – these became my new watchwords. The feature took a good part of a week and then some more, but it came out as a three-part feature which gave me a sense of accomplishment.

The second week began with a call for daily contributions for e4m.com. While most people presume that they can be ‘new’ for at least six months and take it easy, I learnt something at The Times of India. My colleagues there told me that after 24 hours in an organisation, you cease to be new. In fact, within my first hour at TOI, I had churned out an article. Though I’d rather not look at it now, it taught me something very important – your contribution to an organisation begins from the first moment you step inside. You cannot afford to be lax, giving yourself levy because you don’t know the workings and nuances of an industry. The more you give yourself time, in that much time, the industry has surged ahead and added one more dimension to itself.

Keeping this in mind, I set out to scout for my first real news piece. Call it beginner’s luck or fate, I landed an exclusive with JWT. While I had called to find out about the new ITC chewing gum account, I got to know about JWT Chennai bagging the TMB account. Every day of the week was followed by a story – Ad Club Hyderabad’s executive committee shuffle, TV9’s Divaakar moving to a new channel, Flipkart’s new campaign, and Apollo’s Neurosciences campaign. It was a great week! However, it was the next week that taught me patience and resilience. No story for two days and I was frantic. I broke the bad spell with the story on Tanishq’s online campaign, but I know that every day will not be the same and I have to work around each situation that I come across.

In the meantime, I also wrote to some prominent ad agency heads introducing myself – Srinivasan Swamy, R Gowthaman, Ajay Jhala… To my sheer amazement, they replied right away – warm and encouraging. It made me realise that those at the top are there because they are connected and prompt. I read blogs of Rahul Jauhari, Gowthaman, Shombit Sengupta, and looked at websites of numerous agencies. It has made me respect every one of them as people and as professionals.

Not to forget, what with the IMPACT 7th Anniversary issue coming up, I have been in touch with some wonderful people from the Events and Experiential Marketing industry – Brian Tellis, Neale Murray, Navneeth Mohan, Siddhartha Chaturvedi, Viraf Sarkari, Rakhi Kankaria, Roshan Abbas… the list is endless!

On the home ground, Sneha, GM-South and my personal saviour, has helped me connect all the dots and still holds my hand each time I run back to her, frantic for a story lead or if someone is not reachable; Nikhil, the master at networking, who can verify any lead for me in all of 10 minutes. All in all, I have met a wonderful bunch of people in the organisation and still have countless people that I have to get to know in the industry that I write about. Exciting days are ahead!

Anyone with a smartphone and social media account is a journalist today: Shehzad Poonawala
57 minutes ago

Can liquor brands sail through ASCI restrictions on surrogate ads?
38 minutes ago

‘Consumer experience comes in the form of product, value, availability & accessibility’
43 minutes ago

IPL 2021: Why marketers have reasons to cheer
56 minutes ago

Spends on mobile advertising to witness a surge: Report
2 days ago

We intend to double our direct subscriptions to double-digit figures: Nachiket Pantvaidya
2 days ago 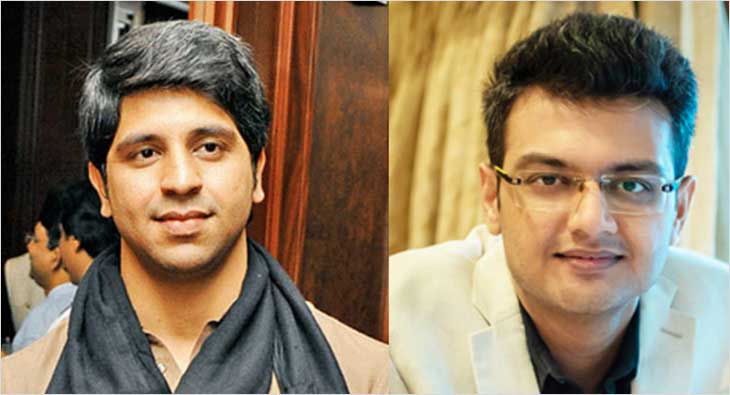 media-others Anyone with a smartphone and social media account is a journalist today: Shehzad Poonawala
57 minutes ago