Reducing the gap between theatrical & OTT releases not favourable for the industry?

After much debate on the theatrical release of Thalaivii, Kangana Ranaut starrer biopic, the movie was released across multiple screens on September 10 in Tamil and Telugu. However, the major multiplexes decided to hold the release of the film in Hindi. The decision came into effect when the makers of the film refused to keep a uniform theatrical window for the release of the film. The makers wanted to reduce the theatrical window further to two weeks only for the Hindi version whereas it was four weeks window for the Tamil and Telugu versions.

Experts believe that the shorter gap between digital and big screen releases will have an adverse impact on box office revenue. Also, the release window of fewer than four weeks is not favorable for the industry and if the national chains agree upon the same for one film, other producers too may ask for the same in the coming months.

While speaking on the theatrical window gap, INOX spokesperson said that as per the understanding between all the stakeholders in the film industry, a movie has to release in the cinemas first, and after the completion of the theatrical window, can release on a streaming platform, followed by a satellite broadcast.

“Regardless of the size of the film, the theatrical run in the globally prevalent windowing pattern has its own significance in the cinematic value chain. Theatrical run is the most revenue-generating phase for any film, with contributions to the tune of 60 to 70 percent. As the fundamental aspect of the cinema value chain, this windowing pattern has done wonders in terms of revenues for the content creators and other stakeholders, as it offers the creators an opportunity to extract the best from all available mediums, whether it is cinema, OTT or satellite. Also, a good theatrical run for content enhances its brand equity, and therefore allows content creators to commands higher values from the subsequent platforms. We have therefore always urged the content creators to follow the tried and tested theatrical windowing system which is in the best interest of the health of the film industry.”

As reported by exchange4media earlier, before the release of the film, PVRs appealed on the theatrical window for the release of Thalaivii and requested for uniform four-week window across all language versions. The statement read, “We are thankful to Thalaivii team for offering a four-week theatrical window for its Tamil and Telugu language versions. We are delighted to be able to play Thalaivii in Tamil and Telugu language at our cinemas, however, we are disappointed that for the Hindi language version, the Thalaivii team has decided to offer only a two week window. We would like to appeal to Kangana Ranaut, Vishnu Induri and Shailesh Singh to keep a uniform window of fpur weeks across all language versions and therefore allow all cinemas across the country to showcase Thalaivii to audiences, on the big screen.”

The multiplex has also requested all studios, producers, artists and other content creators, to respect the theatrical window, which has been a time-tested industry practice, agreed to by all stakeholders, for several decades. Considering the severe impact of the ongoing pandemic on their business, PVR cinemas has already agreed to reduce the 8-week theatrical window to 4 weeks, for all films releasing in the near future. This is a temporary step by PVR cinemas to assist our producer partners in realizing the full commercial potential of their films, while keeping the sanctity of theatrical experience, intact.

Sanjay Bhandari, Film Finance Consultant, SB Consulting shared that the shorter gap between digital and big screen will have an adverse impact on box office revenue. By this consumer gets an option to watch at its own leisure, if they can wait for two weeks and the same time they can avoid additional spending since many of the high paying audience would already have OTT subscriptions.

“This will be very interesting to see how its commercial would be in due course of time since big-screen release definitely has a good amount of print and publicity expenses and vis-à-vis reduced amount of box-office collection due to the shorter gap. The deciding factor for the producer will be how much he will be going to get a premium from the digital right buyer for reducing these gaps. This is again a new trend, so time will only test the formula.”

He further added that in this new era, where the stiff competition will be between digital players and big screening players to retain their audiences to show the first and same time, they are having totally different input costs for showing the contents to their audiences.

“It would be a very challenging job for a producer to take a call while fixing the gap between big-screen release and digital release. Every project will have its own criteria while deciding the gap between release vis-à-vis revenue potential. With these new systems, Cinema owners may also evolve with a new set of formulas for revenue sharing for theatrical release, which may be based on film-specific, content supplier-specific, demand and supply of content in any particular week,” said Bhandari.

According to media reports, the film is sold to both Netflix and Amazon Prime Video for Rs 55 crore.

According to Karan Taurani, SrVP, Elara Capital, the movie is likely to report an ordinary performance in the South, while the Hindi market remains below par. It is estimated to collect Rs 20-25cr (ex. national multiplexes for Hindi version)

As per the Elara capital report, in terms of collection, the Hindi version is expected to open very low in single screens and standalone chains and estimated to do net lifetime collection, not more than Rs 5-6 crore as the film is not a large scale mass film that will drive audiences in large numbers in COVID times. Also, restrictions of occupancy cap and show timing across various states, theatres remain shut in Maharashtra and national multiplex chains (PVR. Inox. Cinepolis, Carnival) contribute almost 65% of Box Office for Hindi films and they have refrained from screening this in Hindi, due to the lower window issue.

Taurani explained, “We believe a release window less than four weeks is not favourable for the industry and if the national chains agree upon the same for one film, other producers too may ask for the same in coming months. Our checks also indicate that producers have offered a significantly lower distributor share (vs current average of 55% in COVID times) if the window is reduced to 2 weeks; however, we believe there will be a bigger negative impact of the lower window on the footfall from a near to medium term standpoint.”

He further added, “Another notable monitor able will be the unity within the cinema industry; this will be the first time that a film will hit single screens and standalone chains only for Hindi version. We believe uncertainty around COVID has led to cinemas dealing differently with various producers in case of various terms (distributor share), however, it is very important for the cinema industry to remain united as both sides (cinema and producers) working on different terms will pose medium to long term challenges.” 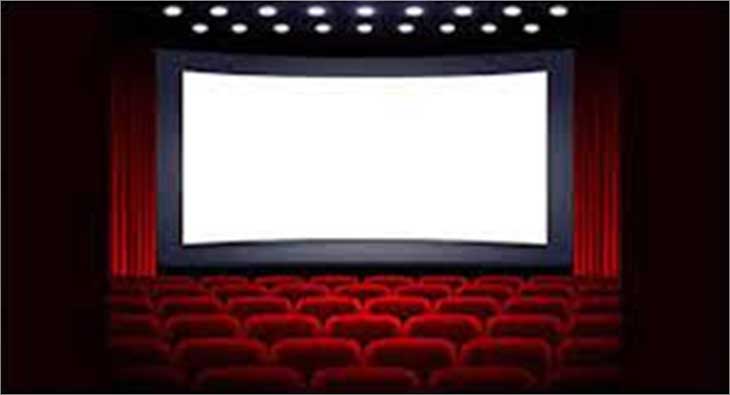