Kerala Floods: Help pours in from corporates and the media world

The state of Kerala faced the worst flood in almost 100 years which has claimed around 370 lives. The record downpour which led to wide destruction has displaced more than 300,000 people around the state. According to Kerala Chief Minister, Pinarayi Vijayan, the rescue mission by the state has almost come to an end with 8,46,680 people abided in 3,734 relief camps. The gone days also witnessed Kerala receiving helping hands from people across the globe, the days also witnessed how people beyond their political, religious, personal differences came together for the rescue operations.

The Indian Army, Indian Navy, Indian Airforce, Kerala Police, Kerala Rescue and Fire Services, and other state and private rescue missionaries became the heroes of the rescue operations carried in the state. Another set of unsung heroes who have been battling floods in Kerala since 1924 were the local fishermen from different parts of the state. During the rescue operations they rescued about tens of thousands of lives from the high-risk disaster zone.

In Kerala, the focus has now changed to relief from rescue with state government setting out wide plans to reinstate the lives back to normalcy. The state of Kerala received helping hands and relief funds from the neighbouring states and central government. Celebrities, politicians, and other officials and common public also came forward to offer help to the flood destructed state. The United Arabs Emirates formed a national emergency committee to provide help to the flood victims.

Brands and the media world in India too stood for the flood victims and contributed towards the Chief Minister's Distress Relief Fund (CMDRF). Here’s a look at some of the contributions and aids provided to the state by media and brands.

The unprecedented rains and floods in Kerala have disrupted normal life. Airtel has announced the following measures to ensure that customers stay connected with their loved ones. 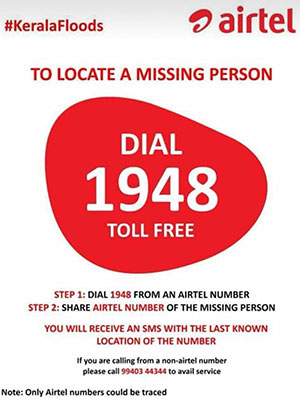 1. Auto approval of ‘Talk Time’ credit up to Rs 30 for all Airtel prepaid mobile customers.
2. Free 1 GB mobile data for all Airtel prepaid smart phone users (data valid for seven days).
3. Extension of bill payment dates for all Airtel postpaid and home broadband customers to ensure they have uninterrupted access to services.
4. Airtel to deploy VSAT at five major relief centres in Kerala to provide free wi-fi and calling facility to people.

Airtel’s network teams and partners to continue making efforts to ensure the network is up and running despite the challenge of lack of power supply and disruption in movement of fuel supplies.

Citizens at large can charge (power) their mobile phones and make free calls to their loved ones from select Airtel flagship stores located in Thrissur, Calicut, Malappuram, Kannur, Kottayam, Trivandrum and Ernakulam.

“Torrential rain has hit Kerala resulting in landslides and floods. Our thoughts are with those affected by the recent floods in India. We are currently working to support the relief efforts with Habitat for Humanity India, World Vision India, and Goonj,” said Amazon India spokesperson.

In addition, the Amazon Operations team is working to provide relief kits to the impacted areas and are providing drinking water to their impacted service partners, associates and immediate communities. People can donate essential products to the non-profits by visiting https://www.amazon.in/l/8891257031 .
“Amazon employees have been enthusiastic supporters of our community initiatives. Our Last Mile team in the affected districts have extended their support by contributing time to help the NGO partners. Various teams have also arranged collection boxes and organised donation drives to support local communities,” said Amazon India spokesperson.
Amazon employees have donated lakhs of rupees over the last two days through the Amazon Cares employee volunteering portal.

Amplifying its ability to reach masses and drive social action, Viacom18 has mobilised a crowd-funded donation platform in partnership with Give India, wherein all proceeds will be going to Goonj – to bolster disaster relief efforts in healthcare and sanitation facilities in the flood affected areas in Kerala. In addition to the amount donated by employees, Viacom18 through its CSR funds, will match the donations in equal amount.

In addition to direct fund donation, Viacom18 is helping mobilise funds to those impacted by the floods through its network of top channels in the South-India market. COLORS Kannada, COLORS Super and COLORS Tamil will be running on-air celebrity bytes, tickers and vignettes – encouraging viewers to donate and support the NGO Goonj in its endeavour to provide basic amenities to flood impacted areas.

ICICI Bank through a press release dated August 17 announced that it will contribute Rs 10 crore to aid the state government and the local authorities in their efforts to provide relief and assistance in the flood affected regions of Kerala. The majority of the contribution will be extended to the CMDRF. The bank will also contribute to the District Collectors’ efforts in all the 14 districts of the state to help in the supply of essential commodities like clothes, food items, medicines, sanitation and hygiene products and others.

Speaking to exchange4media, V Nandakumar, Chief Communications Officer said, “We have contributed 7 crore rupees towards Chief Minister’s Relief fund for disaster management and relief work. We are working closely with various associations to send essential commodities to flood affected areas in Kerala. We will also be contributing more funds towards rehabilitation and re-construction of the flood affected victims and areas.”
Malabar Group

UAE Exchange, a leading global money transfer, foreign exchange and payment solutions brand, has further extended its support for the people affected in Kerala Floods by assisting the on-going relief and rehabilitation efforts. As part of the initiative, the brand is joining hands with the residents of the UAE to mobilise non-perishable essential supplies to be distributed across relief camps in Kerala.

Additionally, the brand has also mobilised its India operations to extend on-ground support to the on-going relief efforts including using its branch networks to act as coordination points and with employees volunteering.

Promoth Manghat, Executive Director, Finablr and Group CEO, said, "As a committed corporate citizen, who firmly believes in helping communities in times of need, it was our responsibility to do all that is in our power to aid the people of Kerala, who are facing this unprecedented natural calamity. Our teams are in full action, across our global network, to extend every support possible for the millions affected. With support pouring in from all quarters, we are confident that Kerala will soon recover from this disaster.”

In an earlier announcement last week, UAE Exchange has globally waived off the service fee on remittances to the Kerala Chief Minister's Distress Relief Fund (CMDRF) in the wake of the catastrophic floods that has ravaged the Indian state of Kerala.

Apart from these brands and corporates too helped out. A contribution of Rs 2 crores was made by State Bank of India (SBI) for the flood victims. SBI have also waived off service charges and fees on ATM Cards, cheque books, duplicate passbooks etc.

The Kerala Office of the Asianet News has set up a helpdesk for the flood victims where the victims can send a text message stating SOS followed by the location of the victim to 8606959595. So far, the campaign has received over 15000 messages and each of these victims have been rescued using choppers or boats with the help government forces. The government is also using the SMS data to trace and rescue victims on time. 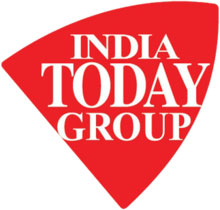 The campaign is supported and promoted by all Mathrubhumi divisions which include print (MB Newspaper, television News Channel (mathrubhuminews.in), radio, (Club FM 94.3) and online (mathrubhumi.com) 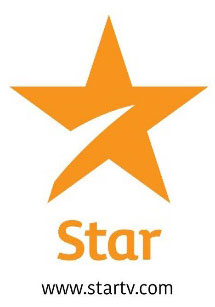 Star India will donate Rs 2 Crores to the CMDRF of Kerala. Additionally, Asianet employees have pledged Rs 25 lakhs and all Star India employees are being encouraged to donate at least one day’s salary, and on its part, Star India will match the total contribution of its employees. The donations will be directed to the CMDRF to expedite post-emergency recovery and rehabilitation work in the flood-ravaged areas and districts across Kerala. Furthermore, Star India has also partnered with the NGO ‘Goonj’ to aid with the supply of material contributions to the flood victims.

Uday Shankar, President of 21st Century Fox Asia, and Chairman & CEO of Star India said, “The rains have wrecked havoc in Kerala, which is facing its worst floods in a century. We believe we must do everything in our power to help. In an endeavour to support the on-going relief and rehabilitation efforts in Kerala, we are mobilising funds and creating public awareness through the reach of our network. We hope these efforts act as a catalyst of proactive action in this hour of need.”
Times Network

Times Network, The Times Group, has initiated a fund-raiser campaign, ‘India For Kerala’, to create awareness and to raise funds for the relief efforts in Kerala. Through this initiative, Times Network strives to give the cause a unified voice and encourage the nation to join hands and contribute to support Kerala.
The initiative seeks to help people who have been affected by the deluge that hit the southern Indian state of Kerala. The continuing floods in the State has devastated and unhinged the lives of many, resulting in casualties and loss of property and livelihoods in its wake. This initiative provides a platform to rebuild the lives of the people of Kerala. 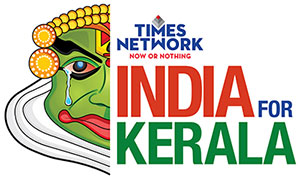 Speaking on this initiative, MK Anand, MD & CEO, Times Network said, “Indians have always treasured Kerala as ‘God’s Own Country’, which today sadly stands ravaged by nature’s fury. ‘India for Kerala’ is an act of urgency that requires support and solidarity to rebuild Kerala. Through this initiative, we aim to offer a nationwide reach to a pained plea to all Indians to step forward and donate to this task of relief and rehabilitation. I’m sure this will appeal to the consciousness of the vast multitude of Indians to generously donate funds in the endeavour to provide succour to the affect.

Cannes Lions: WPP named industry’s Most Creative Company; Ogilvy is Network of the Year
19 hours ago