Parle Products, one of India’s leading manufacturers of biscuits and confectionery, is all set to enter the second leg of #YouAreMyParleG campaign with five digital films. Unveiled recently, the first film, pays tribute to the unsung heroes of our country on the occasion of Independence Day with a heart-warming tale of a soldier and his family. The unique part of this digital leg is that all the ideas are crowd-sourced with the five films being inspired by real life incidences, shared by consumers.  Created by Thought Blurb, the plotlines of these five films were selected from more than 280 odd entries that Parle Products received on its digital platforms in June and July. “We are going to release one film every week,” says Mayank Shah, Category Head of Parle Products.
Vinod Kunj, Managing Partner, Thought Blurb, says, “In each film you'll see how an action, a few words, or an emotion triggers our moment of clarity. The subtext of the relationship becomes clear to the protagonist. India’s complex and unwavering connection to our brand is equated to this. When the protagonist tells someone ‘You are my Parle G,’ he speaks for India, and its relationship with the brand.”
The brand is heavily pushing the campaign on digital which takes up around 15-20 per cent of their total marketing budget as pointed out by Shah. He adds, “These films are made for the digital medium because it’s a crowd-sourced initiative where consumers have shared their relationship with the brand. The rationale behind going digital is that unlike TV it’s not a completely paid medium. If you have great content it has the capability to go viral. I am banking heavily on this content to be of that kind (viral).”
Shah is also looking at creating heavy buzz around the new films by tying up with select influencers and populating them across Facebook, YouTube and Google.
The second leg will continue throughout the next quarter. “We are planning to put it on TV and maybe cinemas as well. But TV over here is going to be used as a leading medium as it will lead traffic back to digital. We will give a larger-than-life dimension to the entire campaign by putting them on cinemas as well in the third phase.”
As part of their strategy, the brand will continue to invite entries and create short films out of the feedback. The third phase depends on the entries the brand will receive in the ongoing second leg. “You will see a lot of content being churned out over a period of time. This is something where consumers are talking, not the brand. We are just giving them a platform to voice their emotions and associate with the brand. The second phase will clarify all the concerns which the consumer might have while sending entries. It will give them an idea of what they are expected to send.”
Shah also plans to use radio as he feels "it lends beautifully to the entire concept", besides selected press. 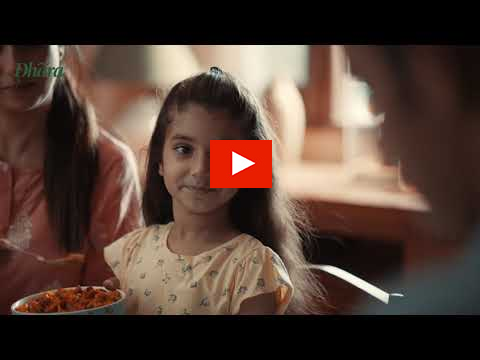