e4m Conclave-South: TikTok is the power of studio on a phone: Sachin Sharma

Sachin Sharma, Director of Sales and Partnerships, ByteDance India, shares insights on ‘Democratizing Creativity’, the platform’s community and brands, and the causes it has been supporting

The exchange4media Conclave – South, held in Bangalore on Friday, saw industry experts come together to talk about Brands & Consumers: The New Connections. Sachin Sharma, Director of Sales and Partnerships, ByteDance India, spoke about ‘Democratizing Creativity’. He also delved deep into brand associations and how they are even looking at creating awareness for social causes.

Sharma started off the session talking about the 4Cs that make the platform relevant - Creative expression; Ease of consumption; Community and Cause.

“TikTok is the power of a studio on a phone that creates high-quality content. Whatever is popular today is because it is on the platform or how they got there,” remarked Sharma.

The user’s content on the platform is extremely personalized. “The big part of our success is the community. The idea is simple. Everyone belongs to TikTok. The platform removes all dependencies of being famous and popular,” he said.

After an Indian court lifted its ban on the app, the platform bounced back stronger within 2 months, said Sharma. "Also, there isn’t a lot of recognition of the fact that it has been around one year only since its rebranding from Musically."

Highlighting other achievements that the platform has got, Sharma said, “We were awarded by Google Play apps as the most downloaded app. Our partnership with the movie ‘Zero’ gave us the push.”

“We are in this for the long run and we want to invest in the creative community. We have engaged with NGOs to train the younger generation to create the right content,” he added.

Sharing about brands on the platform, Sharma said, “If your brand has space on our platform, then there is no disturbance or notifications. High penetration, high decibel campaign reaching out to the users is the power of this platform.”

Apart from sponsored content, the platform is also focusing on social causes, he said. “We have done a lot in India in terms of causes. The one that we can specifically refer to is the EduTok programme. So far we have 48 billion views for just that content and it is been for only 3 months in India,” Sharma pointed out.

The platform has worked on causes like skill development for the youth in India, animal welfare, prevention of suicides and much more.

Sharma also spoke about the Brand Lens feature on the platform and how a toothpaste brand wanted users to rate their own smiles. Things like this can be designed on the app with the technology provided.

“Your brand is something that you need to control. But on this platform, it is collectively making the customer decide what the brand means to them.” He also shared details about the campaign #HarGhoontMeinSwag where they roped in Tiger Shroff, Disha Patani and Badshah for the brand Pepsi. The campaign generated 3 billion views and users created their own innovative videos as well.

“The newer generation hates ads. The content has to be native. You need to get influencers to co-create the content,” said Sharma as he concluded his session. 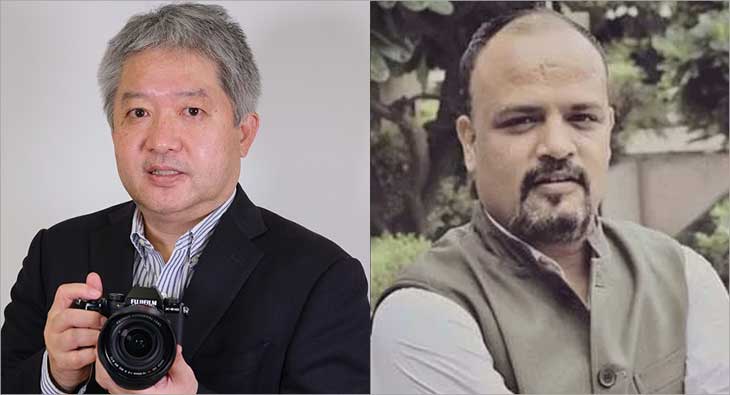