15 content marketing ideas for September 2019 for your editorial calendar

Originally published in www.scatter.co.in: September is a month filled with a myriad of events and trends from which one can gain numerous content marketing opportunities

The Anglo-Saxons called September Gerst Monath to signify the harvesting of barley and making barley brew. In India, it is the season when Kharif crops like rice, sugarcane, maize, and cotton are harvested. In the universe of content marketing, it’s a month filled with a myriad of events and trends that one can harvest to gain a bumper crop of content marketing opportunities.

Read on for some sowing tips!

Gatorade created this video featuring badminton player PV Sindhu and her coach Pullela Gopichand for its #IHateMyTeacher campaign. It highlights how her mentor supported her through challenges that pushed her to the limit:

Rajnigandha Pearls launched #TeacherNeBolaTha campaign to pay homage to the selfless support and dedication of teachers who have shaped the lives of many:

An NGO ‘Make Love Not Scars’, which helps acid attack survivors, launched a petition campaign called #EndAcidSale. The idea was to move for a ban on toilet-cleaning acid and stronger implementation of the Poisons Act and Poisons Rules to stand in support of acid attack victims:

Mpower of the Aditya Birla Education Trust launched their #SayItRight campaign to create awareness about how a situation can have completely different outcomes based on how we react to it:

Milestone Dentsu and Manas Foundation shed light on how the warning signs are often unexpressed feelings and how spotting these can help save lives, though their #StopWhenYouSpot campaign. The video shows the many faces of a person going through this battle with just the help of expressions without any dialogue:

In 2018 Nike collaborated with Kaepernick to commemorate the 30th anniversary of the brand’s iconic slogan ‘Just do it’ with an image post in greyscale, with a powerful accompanying message. The ad was a close-up of Kaepernick’s face with the words, ‘Believe in something. Even if it means sacrificing everything’. The bold campaign asserted the right to freedom of expression, and went viral on social media:

Believe in something, even if it means sacrificing everything. #JustDoIt pic.twitter.com/SRWkMIDdaO

4. International Day for the Preservation of the Ozone Layer – 16 Sept

The #OzoneHeroes campaign, created by the Ozone Secretariat in partnership with Marvel, celebrates 31 years since the signing of the Montreal Protocol and seeks to inspire the same collaborative energy in protecting all life on Earth:

McDonald’s connects food with peace with this 30-second, 2D motion graphics video to explain how there are more refugees in the world now than ever, and asks people to donate to the World Food Program. The kicker – the narrator is none other than Liam Neeson!

UN Women shared an infographic that brought to light the underrepresentation of women in peace talks, and explained how their greater participation can increase the chances of achieving lasting peace:

Alzheimer’s Research UK had Stephen Fry narrate a short story about a girl living in a land where Santa Claus has Alzheimer’s. Watch this 2D animation video to see how they forged an emotional connect with the audience with a heartwarming ending:

Alzheimer’s Research UK created this live-action video where Christopher Eccleston talks about how dementia shouldn’t be accepted as part of old age as part of the #ShareTheOrange campaign. An orange was used to describe how Alzheimer’s affects a person’s brain:

7. International Day for the Total Elimination of Nuclear Weapons – 26 Sept

Brand campaigns that worked: Ola partnered with influencers from seven states in India for the #GhoomoResponsibly campaign. It encouraged people to travel and have a positive impact on the places they visit:

Day 5 - My Ola Outstation has brought me to Rajasthan. A lot of you have been asking me how to be a responsible tourist. One way is to support local small businesses and respect the host. Share with me your ideas on being a responsible tourist. ❤️#ghoomoresponsibly #olaoutstation #traveldoneright #roadtripgoals #traveldiaries #sustainbletourism #instatravel #tourism #wanderlust #indiaoffbeat #TravelResponsibly #GoLocal #travelwithshenaz #ProtectOurPlanet #PreserveWildLife #GoLitterFree #RespectTheHost @olacabs #sonyalpha #gmaster #a99 #a6300 #sony

Safety videos in airlines are often dull. So All Nippon Airlines decided to switch it up! Featuring Kabuki actors, they were able to add humor and elements of Japanese tradition to the content while getting their point across:

National Geographic released an educational video on how the rabies vaccine came to be. Can you guess who invented it? Watch the video to find out:

Practo released a series of images on Twitter, wittily informing the viewers what was bad for their heart. They also managed a great pop-culture reference by using #AeDilHaiMushkil’ as a hashtag:

PNB Metlife came up with a song titled ‘Happy Heart Song’. The song included healthy tips for a healthy heart, wrapped up in a catchy tune:

The Leukemia and Lymphoma Society created this video for their ‘Someday is today’ campaign. It wonders about a world where cancer is cured and ends with a CTA encouraging viewers to take action to achieve this vision:

Aim: To create awareness about nutrition and healthy eating habits.

Started by: World Federation of the Deaf (WFD)

Aim: To emphasise the human rights of deaf people including early access to sign language and availing of services through it. (Read more)

Nazara turns profitable in Q1 with consolidated PAT of Rs 13.6 crore
12 hours ago 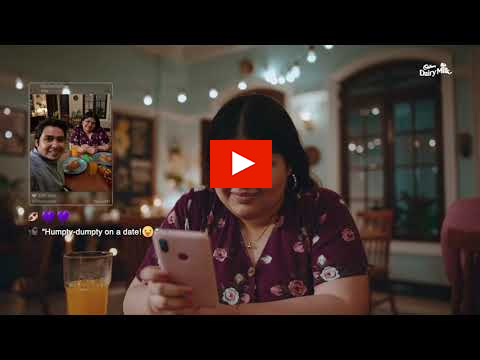 marketing The gold-winning campaigns of IDMA 2021
12 hours ago