Ice-cream maker Ben & Jerry’s has said that it will be halting advertising with Facebook and Instagram to support the Stop Hate For Profit campaign.

We will pause all paid advertising on Facebook and Instagram in the US in support of the #StopHateForProfit campaign. Facebook, Inc. must take the clear and unequivocal actions to stop its platform from being used to spread and amplify racism and hate. >>>https://t.co/7OpxtcbDGg pic.twitter.com/I989Uk9V3h

In a blog post, the company has said: “We call on Facebook, Inc. to take the clear and unequivocal actions called for by the campaign to stop its platform from being used to spread and amplify racism and hate.”

It further said in the blog: “Ben & Jerry’s stands with our friends at the NAACPO and Color of Change, the ADL, and all those calling for Facebook to take stronger action to stop its platforms from being used to divide our nation, suppress voters, foment and fan the flames of racism and violence, and undermine our democracy.”

The campaign has been launched in the wake of the uproar over George Floyd's death in custody. It calls on advertisers to create pressure on FB to take measures against "racist and hateful content on its platforms".

For marketers, ‘unlock’ is the ‘new advertising season’
16 hours ago 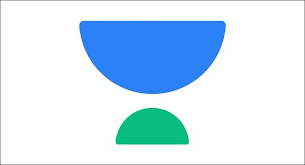