The platform has added TV shows, web originals, and films to enable its viewers in South India to enjoy a localised viewing experience

SonyLIV, India’s first premium video on demand VOD platform, has announced the launch of its services in Tamil and Telugu with over 4000 hours of compelling language content. 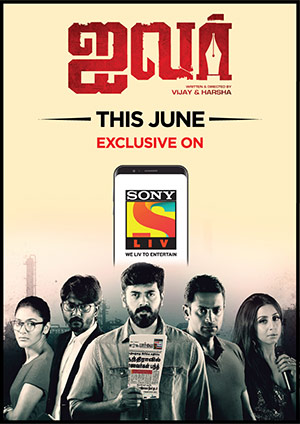 Headlining the announcement is the launch of its first ever originals – ‘Bhajana Batch’ and ‘Aivar’ in Telugu and Tamil respectively. The extensive Telugu slate also includes a string of diverse titles like ‘They call him Animal’ and ArthaSastram (a political thriller) among others. The upcoming line-up has interesting shows like My Marappu which scores as the first regional show to be shot completely in the USA. In addition to the new content libraries, a hefty chunk of Sony’s existing shows, TVF originals like Pitchers, Tripling and Permanent Roommates will be available in Telugu and Tamil, effective June.

Launched in 2013, SonyLIV records around 109 million app downloads riding on the most sought after stories and seamless viewing experience. As pioneers in the digital entertainment space, SonyLIV was quick to acknowledge and address the growing need for regional content and launched India’s first ever language original – Yolo in Marathi followed by Kacho Papad Pako Papad in Gujarati. Currently, over 400 shows across Indian languages cater to the growing demands for local content amongst SonyLIV subscribers.

Pegged at $0.5 billion with 355 MN OTT viewers, the Indian digital ecosystem is brimming with growth. Falling data costs have propelled a change in viewing habits with increasing thrust on regional content. By 2021, the regional viewership is estimated to increase 2.5 times its current levels, outpacing the growth in English language content. Reports state that Tamil is the second largest population in India today followed by Telugu which promises sizeable potential for SonyLIV to curate, create and experiment with local stories and cater to an underserved audience in both markets.

Uncanny similarities in these investment platform ads?
10 hours ago