As the world celebrates the impact of social media today, we spoke to some social media experts to get their views on the future of this ecosystem

The world celebrates the impact of social media today in what is known as Social Media Day--originally a concept by Mashable.com as a way to “recognize and celebrate social media's impact on global communication.”

Social platforms have a major influence on our lives through the dissemination of real-time information. From the Arab Spring to Brexit, they have had a major part to play on all facets of the community; financial, political and social.

Currently, Facebook can be safely considered one of the largest publishers in the world, a far cry from the days when the major digital publishers were generally supposed to be the only media companies. Between themselves, Google and Facebook, account for about 75 per cent of the world’s digital ad spends in 2015 and Social Media-based CRM and ORM have become very critical for brands.

The likes of Snapchat are now challenging established players like Twitter and Instagram, driven by new audiences looking for a more visual mode of communication. In the 2016 Internet Trend Report, it was reported that Snapchat has already moved ahead of Twitter in terms of number of users in the US.

In fact, mediums like Snapchat and Instagram are among the most popular platforms for the age group of 13-25 years. We spoke to a few social media experts to get their thoughts on how this ecosystem has evolved and where it is heading towards.

“New users still get largely fascinated by the open platforms and the freedom to have one's word out there and to connect with long-lost friends, etc. The slightly more mature user, however, starts looking for some sanity, some private spaces, within the overall framework of social media. Hence the popularity of messaging platforms and of platforms like Snapchat. Obviously, on account of the huge growth of users on these spaces, brands are compelled to have a presence and typically, an engaging and active one too. There is a sense of aggression and impatience that a typical social media user expresses and which also puts that much more pressure on brands to respond,” says Sanjay Mehta, Co-CEO of Mirum India.

Preetham Venkky, ‎Head of Digital Strategy & Business of KRDS Asia, agrees that the new user is looking for more private conversations. He calls it a move from ‘broadcast’ platforms like Facebook and Twitter to ‘messaging’ platforms like Snapchat, Whatsapp, etc. “A lot of time is getting shifted to platforms where you can have closed conversations. The ‘network’ is already available on your phonebook, so these messaging platforms do not to build a network as was the case with Facebook and others,” explains Venkky.

One of the major trends that is being spoken about a lot over the past few years is of commerce through social networks. The idea is to start using social networks as more of a transaction platform than just a brand building platform. We have seen Instagram, Facebook, Pinterest, even YouTube, toy with this idea to varying degrees. In China, the likes of messaging giants like Tencent have already built a growing ecosystem that involves payments, browsing and shopping from all within the messaging app.

This is all part of the a larger trend which is seeing social platforms project themselves as a tool for direct marketers and not just for brand building.

“I think social will move from single engagement to commerce. If you think about it, in South East Asia, already a lot of “transactions” occur on Whatsapp, Wechat and line. I see this becoming more organized. You should be able to buy a shirt from a YouTube video, book flowers from a bot in messenger or even buy the latest winter collection from a Facebook canvas interaction. This is definitely the evolution of solution media. It will be about solving business problems and scalability than simple brand engagements. I see the depth of audience targeting available with social media to be something that is unparalleled to any other media alternatives,” agreed Gautamm Mehra, VP (Account Planning & Innovation) at ‎iProspect India.

In some ways, this will be a throwback to the old days of the internet, argues Venkky, when the ecosystem was driven by search and was, hence, more performance-oriented. “It was only when people started spending more time and getting entertained that advertisers started thinking about branding. Post 2008, when people started spending more time on the internet than on TV, the focus shifted to brand engagement but the fundamental of the internet is direct marketing. If you look at the likes of Facebook and Twitter, they are ensuring that the entire customer journey funnel is serviced through their ecosystem,” he says.

Zafar Rais, CEO of MindShift Interactive, also agreed that social media will only further transform into a business front line and “become a powerhouse of data providing recognized return on investment measures to the users' advantage”.

“This year witnessed the rise of mobile shopping and conversational commerce, building a strong hold in the social media space. Social media is only set to see further advancement (on this front),” he commented.

Apart from the commerce front, video content has also become highly important with most users preferring audiovisual content as opposed to plain text. We have already seen Twitter launch a bundle of video-focussed products from Periscope to Vine. Facebook has launched video products like 360 videos and Facebook Live. Tumblr, just this week, launched a live video product, while Snapchat videos have also been gaining in popularity. Video, and especially live video, will continue to increase in relevance and popularity. We should also expect to see more deals like the one Twitter signed with the NFL to broadcast matches live on its feed in the future.

Another important consideration will be of consolidation. There have been a number of social platforms launched and though not all have succeeded, there are still those with a significant number of loyal users. Just this year, we saw Microsoft buy LinkedIn for $26.2 billion, the third biggest tech acquisition ever.

With rumours of Google’s plan to takeover Twitter not going away, we could see more consolidation happening in this space in the future, though these might be more strategic in nature, says Mehra.

“I don’t think acquisitions should happen purely for user base, but rather than the value it would create for a platform. So for example, the Oculus acquisition (by Facebook) was not from a user network perspective, but from a content consumption lens and the want to own the future interface. The other angle is if a Google (which has rather struggled to get into the social game) buys twitter. That would make quite a difference in the way the landscape is perceived currently,” he said. 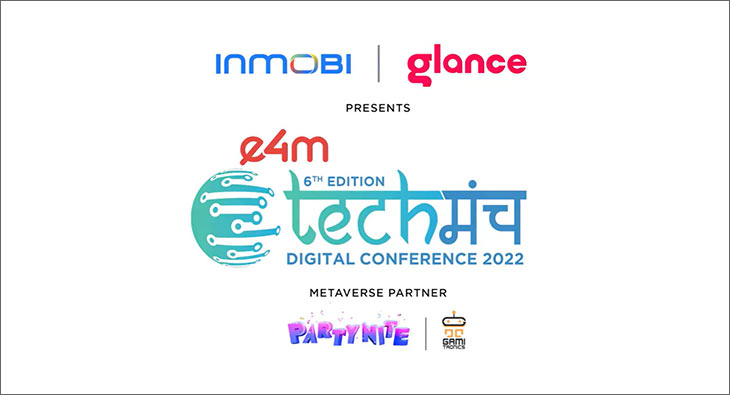