Snapchat is the fastest growing app in the world, up by 56 per cent this year, according to a GlobalWebIndex Research

Even as Facebook, predominantly, continues to be the world’s largest social network and by that argument is the most used app today, Snapchat is the fastest growing app in the world, up by 56 per cent this year, according to a GlobalWebIndex Research.

Between Q1 and Q3 2014, it was Snapchat which saw its audience increase the fastest being driven by heavy adoption rates among young users in markets such as the US, UK, Australia, Ireland and Canada.

The brand is yet to top popularity charts in India, with Facebook and WhatsApp topping the charts at present. However, with 9 per cent market share, Snapchat has a huge competitive market to explore. The brand has recently released it s first global TVC, however, it has is not close to competitors who have India specific content to offer.

The study shows 52 per cent of Indian instant messaging users are on WhatsApp, while 42 per cent use Facebook Messenger. Skype is used by 37 per cent. WeChat has a 26 per cent share in the market, followed by Viber (18 per cent), Line (12 per cent), Snapchat (nine per cent), Kik Messenger (five per cent), Tango (four per cent) and Kakao Talk (three per cent).

“Facebook Messenger grew its audience by more than 50 per cent as users were forced to adopt it in place of sending messages via the network’s main app. Arguably, therefore, Instagram’s more organic growth of 47 per cent is more impressive,” said Jason Mander, Head of Trends at GlobalWebIndex.

Significantly, though, all of the social and messaging apps tracked by GWI posted strong increases over the last six months, giving yet more proof of the ongoing migration of social behaviors to mobile devices.

Snapchat has hinted at entering the next stage of monetization of its popular photo sharing app. Market reports say that the company is in negotiations with around a dozen media companies to launch a content section with the app called Discover that will serve up articles, music and videos. The spread of media brands are likely to appeal directly to the older teen and millennial users that dominate the app.

Snapchat also recently updated its privacy policy in part because it is launching Snapcash, a new function that lets users send payments to each other via Snapchat. 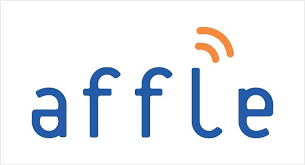