Marketing tug of war between Amazon India, Netflix heats up

The competition between OTT players in India is just warming up and looks like it won't slow down any time soon. July 2018 is probably be the first time when the outdoor ads of both global streaming giants Netflix and Amazon Prime Video India of their local content have surfaced around the same time. Netflix’s first original Indian series ‘Sacred Games,’ by Phantom Films, premiered last week and OML’s ‘Comicstaan,’ the fourth Prime original series launched yesterday.

Over the past one week the carpet-bombing by both parties across all their media communications has gotten even more pronounced. Even though they are differentiated offerings--'Sacred Games’
has all the ingredients of a mass entertainer while Prime Video’s comedy offering is accompanied by latest releases and exclusive deals for their Prime Day on July 16--one cannot ignore the clash in timing. 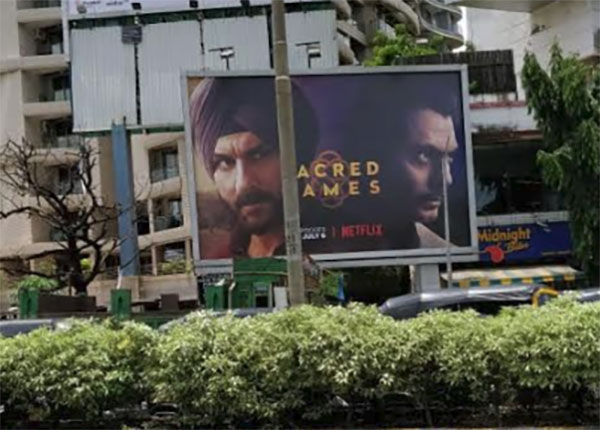 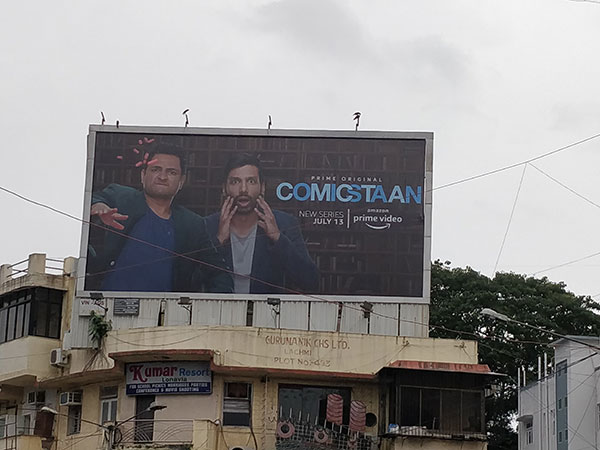 Netflix is speculated to have spent Rs 30-40 crore across different mediach annels to just promote their first local series by Phantom Films ‘Sacred Games’ which was launched on July 6. A week later the buzz is still on with reviews floating across the internet. There were 150 tweets and counting at the time of filing this story. Now with Congress lodging a complaint against the production house for mocking the late Prime Minister Rajiv Gandhi it's being talked about even more. Netflix strategically timed the release of the trailer of its next original series ‘Ghoul’ on July 9, that again created noise.

Sacred Games is 45 mins x 8 episodes = 360 pages of writing and direction. Done in two years, end to end, from beginning of writing to release -- by three writers and two directors. That's roughly three films of 120 pages each, that are consistent and thorough.

Let that sink in.

I love Sacred Games. LOVE. Beautifully made show, stunning background score, superb pace. Utterly binge-worthy. But I have a few problems with it. I'm hoping that by voicing them, people working on shows will take note and fix, and take this in the spirit of honest feedback.

On the other hand Amazon India’s promotion of their latest movie premieres (read ‘Raazi’, ‘102 Not Out’ and ‘Dunkirk’ among others) started around the same. On July 3 it came out with a video featuring Bollywood A-listers (Amitabh Bachchan, Alia Bhatt and Varun Dhawan) promoting Prime Day across their social media platforms. These releases are allotted from July 10 to 16 (referred as ‘Early Prime Day Celebration Movies’).

This Prime Day, smile without a stop. Stream fresh new movies and more from 10th only on @PrimeVideoIN. #AmazonPrimeDay pic.twitter.com/Oidaso9etf

We are a show that convinces parents that comedy is a legit career. Now streaming on @primevideoin: https://t.co/yqd6ffNSdr. #ComicstaanLive pic.twitter.com/mDf06zAdq1

When Amazon Prime Day was introduced in India last year on July 10, special launches and exclusive deals on brands were the focus area. But this year the emphasis on its upcoming content (across media) cannot be overlooked. Also in metros, colourful installations were spotted across few cities--a peacock at Delhi Haat, a scooter at Trinity, Bangalore and a car at Mumbai airport promoting the Prime day. Soha Ali Khan, Taran Adarsh, Armaan Malik, Ambika Anand and several others tweeted about the mystery behind #16July and later revealed that it is for Amazon Prime Day. 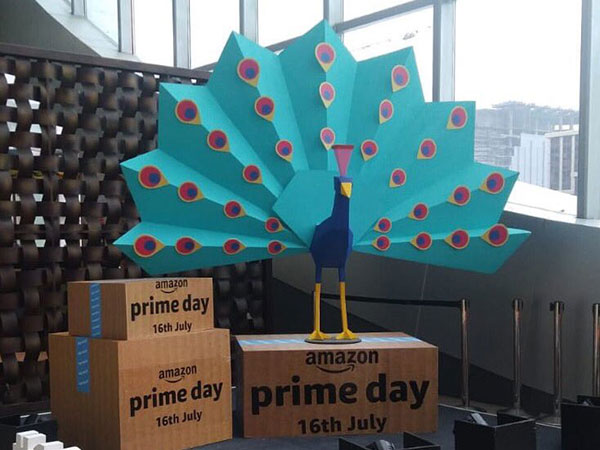 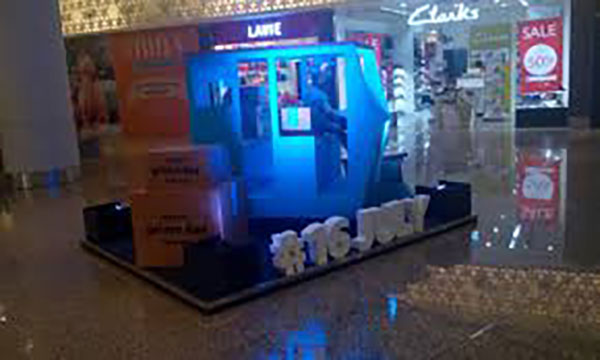 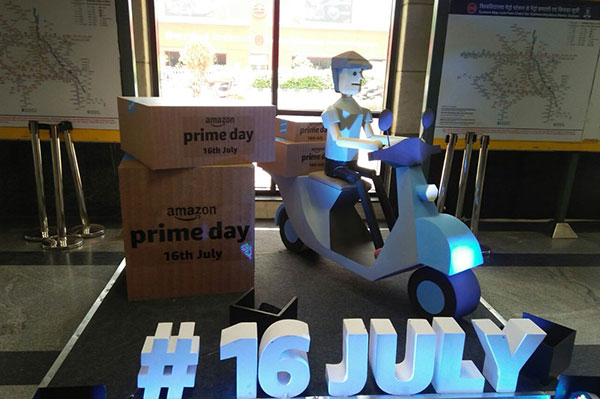 For Manav Sethi, CMO, ALTBalaji, it’s like killing two birds with one stone. He
says, “If you look at it from Amazon Prime fan point it’s a multiplier effect. With the same media cost and communication (whether it’s news jacket or outdoor) they show Prime from e-commerce and content stand point because they don’t want to lose this space to Netflix and Alt. With the same ad they get to communicate both assets.” Having said that he points out that this is overall good for the category expansion as more people would sample shows on mobile.

Industry experts we spoke with felt that all the aggressive marketing will only help in increasing the reach of consumer base in OTT. Ali Hussein, COO, Eros Digital, says, “The concept of online consumption of video is boosted by Amazon and Netflix which works for the industry because the user base will increase. There will be increased consumption for each within their own capacity.”

Ultimately what matters is how the marketing spends will increase awareness and reach of the category. "We as an industry will be very happy to see if this alleged marketing spends of Rs 30-40 crore bring in another one to two million paying subscribers as it will expand the category," adds Sethi.

Be safe and Not Saif: Manforce Condoms goes for moment marketing with #TheQuadFather
6 hours ago

MPL signs as principal sponsor of KKR & TKR
4 hours ago

I have made a mask at home with my moustache on it: Piyush Pandey
14 hours ago

​India Today confirms shutting down of Mail Today
1 week ago