While some industry heads say the removal of likes will bring the focus back on content, others believe influencers will now need to look for other ways to showcase their scale & impact

Instagram describes it as a ‘Private Like Counts test’, in layman’s terms it can simply be called removal of the ‘Like’ feature. The objective, according to the social media giant, is to ensure that Instagram is a place where people feel comfortable expressing themselves with the focus being on photos and videos they share rather than how many likes they get.
This test began earlier this year in Canada, Australia, New Zealand, Japan, Brazil, Ireland and Italy, and now is being tested globally.

However, Instagram is no longer just a social exchange platform. It is also a community of influencers, and means serious business for brands and influencers alike. And the ‘like’ button is a metric to measure the influence or impact of campaigns. For influencers, the like button is a tool to prove their popularity to brands, and for brands it reflects the success of their collaboration with the influencer.

Given their extensive work with influencers, we spoke to Ashutosh Harbola, CEO & Co-founder, Buzzoka, on the impact of Instagram removing the 'likes'. Terming the development as a positive one, Harbola said, “Brands in the current scheme of the marketing mix are more focussed on likes and followers and content somehow takes a back seat. With the removal of likes, I think the content will get the maximum boost.”

Harbola also believes that the step will stop unethical practices and a creator will be more focussed on creating good content. “Social media prevails and survives on good content and we, as a company, have seen a pattern of performance basis these likes. Yes, likes were a metric to measure the virality of content but it also brought in a lot of fake practices like increasing likes by bots, he added.

While ‘like’ has always been a popularity indicator, it is also believed to be the most manipulated metric on Instagram. Therefore, to some extent its removal will also ensure that the focus shifts from the “superficial likes” to actual engagement. Or in simple terms it will be quality over quantity, and brands will be able focus their campaigns on influencers that are a better fit.

Instagram has said that the 'likes' won't completely be off the platform. It will only be visible to the creator and the APIs connected to the accounts.

According to Aatef Bham, Co-founder & Director of Business Development, Togglehead, “The hiding or elimination of likes doesn’t negatively impact either of the parties involved in an influencer-led promotion. To gauge the success of a campaign, brands can still analyse the same metrics of likes, impressions, and reach through a thorough report provided by the influencer. For marketers, it removes the lowest denominator of engagement (likes) and puts the onus on credible sources to judge the authenticity of a profile. As for influencers, contrary to what most believe, this move acts as a creative licence as quality content will no longer be judged according to the number of likes it clocks.”

A report by WATConsult, a digital and social media agency, on Instagram in India, from a user's perspective provides insights in order to deduce the business potential that the platform holds. The report states that currently Instagram has 117.1 million Monthly Active Users and the average time spent per user is 45 minutes. More than 75 per cent of the shoppers have had a satisfactory experience while shopping on Instagram and a majority are likely to shop in the future. It further says 84 per cent of the users are influenced by the platform resulting in likelihood to shop via Instagram. More than 50 per cent of consumers have shopped using Instagram and close to 75 per cent of users from small metros and towns have also shopped using the platform.

Thus, it is no wonder then that brands are eager to be where the consumer is and in an overcrowded market of influencers the number of followers and how many likes they receive on their posts becomes important for marketers to gauge whether their money has been well spent or not. Instagram influencers earn anything between Rs 5,000 to Rs 25 lakh per post, depending on the number of followers. For brands that are spending big on the platform, the likes on each post helps them understand the response to campaigns.
Suneil Chawla, Co-founder, Social Beat, says that without the like option, brands will be forced to show real results of their campaign effectiveness instead of depending on just the number of likes.

"On one hand it's going to take away focus from quantitative to quality, but at the same time it will also be detrimental to influencers and content creators as they will need to find other ways to showcase their scale and impact. Even brands will find it challenging to showcase the impact of influencer marketing campaigns.”

However, content creators are not too pleased with the development. Rohit Raj, Business Partner & Manager for Bhuvan Bam (BB KI VINES) says: “I think the content marketing market will get affected by the removal of Likes as the brands might not be able to evaluate a creator. Creator pitches will go for a toss.”

On the other hand, lifestyle blogger Rahul Prabhakar (When the Muse strikes), believes this move by Instagram was long overdue, “I think influencer marketing right now in India is not really a level playing field. We all know that there are people who are genuinely creating good content but there are also people who have fallen into this trap of buying likes and buying followers. When a marketer comes to these influencers, they have no way to evaluate whether the likes are genuine. This creates a kind of uneven disparity and a lot of angst for influencers who are genuinely working day and night.”

It is now to be seen if the move will only increase the value of data and the effectiveness of the Instagram API. 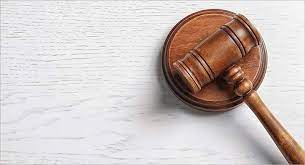