IMPACT Exclusive: All aboard the social media bandwagon

In order to look at the patterns of social media marketing we need to first understand how users are consuming this medium. We are seeing bullish numbers for brand engagement in terms of significance of social media in India and the usage patterns. According to a study on social media usage by The Nielsen Company conducted in collaboration with AbsolutData, nearly 40 million Indians are using online reviews to inform purchase decisions – 67 per cent of Indians who are on the web use online reviews to help them make purchases.

Adrian Terron, Vice President, Global Communications and Marketing - India Region, The Nielsen Company, says, “For the estimated 30 million online Indians who use social media, 78 per cent spend more than 15 minutes during each occasion. The activities performed also cover a wide spectrum that goes beyond status updates, sharing content and being in touch with family and friends, into a host of activities that fulfil other purposes like entertainment, discussions on products and services with other like-minded consumers, leisure like playing games and, more interestingly, researching both prospective partners and future employers.”

Brands today want to reach out to consumers and engage with them directly. The insights gained from social media usage enables brands to further customise consumer outreach as per usage patterns. Hari Krishnan, Country Manager, LinkedIn India says, “Brands in India are still new to marketing their products in the social media space, but companies like Volkswagen and Jet Airways are increasingly using LinkedIn’s Company Pages to engage with their customers and showcase their products and services to specific audiences among professionals.” LinkedIn is the world’s largest professional networking website with over 100 million members globally and over 9 million in India.

Social media marketing is today divided into two spectrums. On the one hand, there are brands who have really understood the medium and gone beyond acquiring fans on Facebook page or number of Twitter followers. They have reached a stage where they are looking at providing value to the social media community that they have created. Brands like MTV, Coca-Cola, Fastrack, Nokia, Ching’s Secrets, Axe, Cafe Coffee Day etc have really done some amazing work in engaging with their community and adding value to consumers. Whereas brands in the other spectrum are still trying to accumulate numbers on various networks.

Gaurav Mishra, who co-founded the social media agency 2020 Social and now heads the digital and social media practice for the MSL Group Asia, has come out with a model of six stages of social media maturity that most companies go through. “The framework is rooted in one important insight: when asked what their social media strategy is, less mature marketers tend to talk about tools and tactics, whereas more mature marketers talk about integrating platforms, programs and processes,” notes Mishra.

The first stage is about creating a campaign microsite. “These microsites were heavy on experience but light on content and had the same shelf-life as the TVC (typically eight to twelve weeks), after which they were either preserved for award entries or taken offline. I’m relieved to see that most marketers have moved beyond the campaign microsite,” he says. After this companies get to a stage of creating Facebook/ Twitter pages in order to set up their social media presence; however, brand engagement hardly takes place. In the third stage marketers seek to increase engagement on social media platforms by starting practices that are specific to the platform, like a Facebook contest or a Twitter influencer programme. “While these tactical programmes are successful in engaging fans and followers in the short-term, they fail to exploit the full potential of social media. Most marketers are still in this stage, but some are ready to move beyond,” adds Mishra.

In the fifth stage marketers integrate social into their marketing programmes and move from TVC-centric 360-degree campaigns to community-centric 360-degree campaigns. This happens when marketers begin to realise that their marketing programmes are most effective when they don’t only use social platforms, but also become social at the core. And the final stage is when marketers integrate social media to their business processes. “The most sophisticated marketers know that social media is most effective when they leverage it for doing the right things, instead of merely saying the right things. Companies like Dell, Starbucks and GE are using social media as a tool for business transformation by integrating it with their sales, support and innovation processes,” says Mishra.

According to Mishra while most companies go through the six stages of social media maturity, they realise meaningful results only when they move beyond tactical experiments in stage 1, 2, 3 and integrate social media into their platforms, programs and processes in stages 4, 5 and 6.

Also, there is a pattern in the kind of categories that are active in the social media space. Automobiles and technological products tend to be more written about because of their high personal involvement in purchase decisions. Balaganesh, Director - People and Culture, www.IndiBlogger.in, says, “As brands, blogs based on technology and automobiles are seen more active and competitive. However, there are equal number of blogs on literature, poetry, and humour in the case of non-brand segment. What needs more focus in the blogosphere are health care, tourism industry, and FMCGs.”

Misconceptions of social media
A recent study by Regus states that social media is now actively used by between half and three quarters of companies worldwide for various networking functions, with 52 per cent of the companies surveyed in India using it for acquiring new business. However, there is no set method to measure success on social media. And therefore marketers should be clear about what they should expect from the entire exercise and clear the misconceptions.

A major misconception for brands which are just starting to get onto the bandwagon is achieving a certain number of fans or followers in a very short period of time and changing the brand perception.

Challenges of social media
Although social media is an evolving medium, it has multiple platforms and is a highly fragmented medium. The biggest challenge for any brand is to identify their relevant space on the web and work around that by bringing out relevant messages in the space. Also it is important that social media is not looked at separately. It has to be integrated to a brand’s overall marketing strategy. P Balendran, Vice-President, General Motors India, says, “Social media cannot work in silos within an organisation. It is imperative that social media communication works in tandem with rest of the communication piece – public relations, marketing communications, below-the-line activities, etc as well as functions such as customer care, etc. Aligning the different functions and practices to draw upon each other and leverage social media effectively can be a challenge, especially for large brands and larger cross-functional teams.”

He also adds that the ‘one size fits all’ approach does not work in social media marketing. “Unlike the principles of conventional mass communications, which tends to centre around one to many communications with the use of carefully crafted messages, consumers have shifted from passive consumption to active participation. Individualisation is not only expected put important.”

Click Here to read complete report in the IMPACT issue. 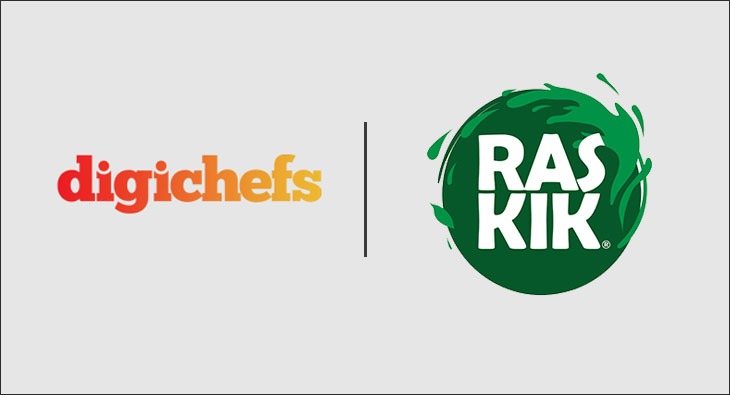