Pandey, NCD, Leo Burnett shares his views on the creative vision for Spotify India’s first ad campaign ‘There’s A Playlist For That’

Spotify the highly anticipated music streaming service finally made its debut to the Indian audience last month. After a month of the app's launch, Spotify in collaboration with the ad agency Leo Burnett has launched its first ever digital ad campaign titled 'There’s A Playlist For That’. The ad film is indeed relatable to the young millennial consumer and encourages the audience to create their own playlist.

The digital ad campaign is born out of the brand’s commitment to creating a deeply localised and personalised user engagement. The core insight behind 'There's A Playlist For That' stems from Spotify’s understanding of how users wish to connect with music as a powerful form of emotional expression through playlists, no matter how life changes tracks. Spotify aims to reach the growing millennial user base. With a quirky and fun execution, every campaign creative is designed and adapted to instinctively connect with local user sentiments.

exchange4media converses with Vikram Pandey (Spiky), National Creative Director, Leo Burnett India about the ideation process behind Spotify’s ad film and how they produced it.

Insight and Creative Vision
While life is not easy, music is your constant companion that makes everything bearable. The campaign is a first of its kind hyper-contextual OOH and digital campaign. Where the executions are not just youth specific but also city specific, area specific, college specific, situation specific, culture-specific and in the case of digital - platform specific. The intention was to create exclusivity for every piece.

Challenge while producing the ad campaign
While a lot of brands have attempted a location-specific OOH campaign, what sets this one apart is that it's not just location specific but it also includes a layer of cultural insight. That's what made this campaign more tedious and difficult on our part and more enjoyable and shareable for our target audience. With over 1000 unique creatives, this is by far the widest campaign we have ever done.

Integration
The idea of 'There's a Playlist for That' has many manifestations. So while the OOH and digital were hyper-contextual, the films follow a twist-in-the-tale format. Three stories of how there's a playlist when life goes your way and a playlist when it goes south.

The pressure of creating the first ad campaign for Spotify India
Spotify is an iconic brand. Over the years it has created campaigns that have won hearts and allocates equally. To match up to that standard was definitely a huge pressure. Spotify as a product is also known to create uniquely personalised experiences. It has a huge following and its fans take Spotify advertising fairly personal. To not let down the fans was a much bigger pressure. We had to deal with all the above while creating the first Spotify campaign, thankfully, there was a playlist for that: #DeepFocus.

The message you wanted the consumers to take away...
We get you, like no other brand out there. We know what you go through and we have three billion playlists to match even the most unique situation you would find yourself in.

Industry experts share their viewpoints on the newly released Spotify Ad campaign. Was the ad film really clutter breaking and did it lead to a brand recall? 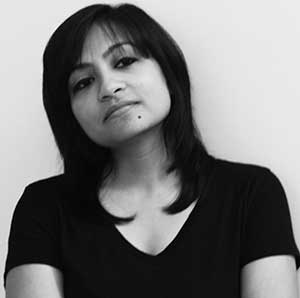 Commenting on the ad campaign Anusheela Saha, Group Creative Director, Delhi, FCB Ulka stated that Spotify, Globally has stepped up its game by introducing ad campaigns to attract the millennial crowd. “Spotify’s campaigns rely mainly on pop culture references, song lyrics and humour to attract the young crowd. However in the Indian ad film, ‘There’s a playlist for all’, we don’t get the same essence. Though the commercial covers the fact that Spotify has made music an individualised, personal experience, but it could have easily been a Gaana.com communication. The radio spots, on the other hand, make one smile and encapsulate the idea of ‘playlist for all’ better,” remarked Saha. 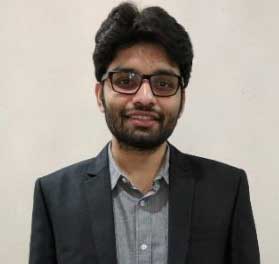 Deep Mehta, Co-founder, Digichefs, speaking about the campaign said that the ad film was right on target but there should have been more focus on the playlist USP. “The curated playlists are surely a plus over other apps where the algorithmic playlists aren't so exciting and platform curated playlists fail to charm the larger group of music buffs. For the video, based on moods and events in the communication or voice over could have served as a call to action to try the app right away. Currently, the video fizzles out once you get the gist of what is happening, that there are 3 Billion playlists and well, you may try them. It doesn't give me one good enough reason to rely on the curation at Spotify and ditch my Gaana app. It doesn't need to be an overload of information in one narrative, but completion of the narrative is what is amiss in the current video.” 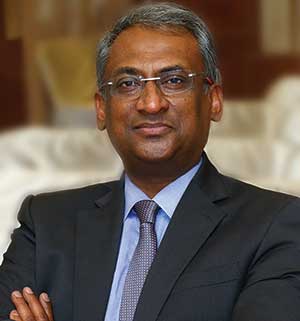 N Chandramouli, CEO, TRA Research stated that the ad was catchy and encourages the audience to join in with the beat. “Not only have they used highly Indianised music that will appeal to the new generation across states and cultures, but they have managed to get the smooth flow of rhythmic movements making it visually attractive,” commented Chandramouli.

Phalada Pure & Sure launches The Clean Food Movement
4 hours ago

Why are Prasar Bharati & TRAI going to MIB against some private TV channels?
14 hours ago

Companies have to build their own tech capability: Microsoft CEO Satya Nadella
14 hours ago

We believe iD’s Coconut will disrupt the market & propel demand in India: PC Musthafa
1 week ago

Deep Drona to join ENTERR10 Media as COO
1 week ago

Believe in organic growth in news while ratings should be a by-product: Sudhir Chaudhary
5 days ago

VOLTAS HAS GROWN AS A BRAND TODAY, ALONG WITH THE IPL
7 hours ago

VOLTAS HAS GROWN AS A BRAND TODAY, ALONG WITH THE IPL
1 day ago

BYJU RAVEENDRAN: THE TOPPER AND IMPACT PERSON OF THE YEAR
1 day ago

INCA IS THE IDEAL TOOL FOR SAFE BRAND ENGAGEMENT ACROSS PLATFORMS: PRASANTH KUMAR
1 day ago