Netflix: Raising viewership, one billboard at a time

When it comes to advertising and marketing, Netflix never fails to impress. The digital streaming platform has often taken the traditional billboard route in a big way to reach out to its consumers. Roads of Mumbai and Delhi are full of gigantic hoardings featuring Netflix shows such as Leila and Sacred Games, and highlighting what’s new on the streaming platform. 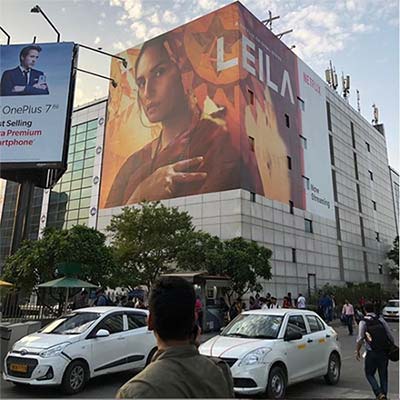 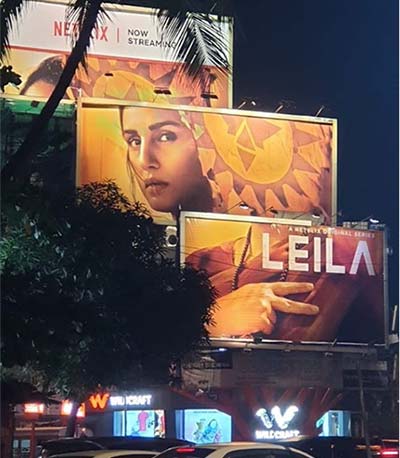 Not just Netflix, the scenario is pretty much same with most OTT players in top six metros of India. Digital video platforms are spending plenty to stand tall at premium sites in cities to garner eyeballs. In fact, according to reports, in 2018, the OTT segment surpassed the real estate sector to become the biggest spender on outdoor advertising in top metros.

So, why has outdoor become the favourite advertising medium for OTT players? Does it serve a special purpose, beyond the obvious?

According to Shailesh Loni, Assistant Vice President, Laqshya Media Group, the marriage between OOH and Digital has worked fantastic across India in the past five years.

“To start with, because of the dotcom boom, Flipkarts and Snapdeals and Quikrs saw value in OOH and spent huge on it. Today, OTT channels, which are completely digital in nature, use OOH as one of the prime mediums to reach their TG.”

“On one hand, they push trials through increasing app downloads, and on the other hand, they have to keep the users active. Keeping users active is the biggest challenge. Planned and consistent back-to-back OOH campaigns is the best strategy to achieve and overcome this challenge. According to me, Netflix must have spent over Rs 50 crore across metros in India,” Loni explains.

According to professional service company KPMG, OOH advertising is broadly segregated into two parts - airport and non-airport. Airports contribute 30 per cent of OOH's total revenue while the rest is divided among railway stations, high-traffic streets, elevators, shopping malls, and high street markets. The Rs 3,200 crore OOH industry (FY18) is estimated to grow by 9.2 per cent CAGR to Rs 4,970 crore by 2023.

Outdoor is one of the oldest advertising mediums. And interestingly, the most prolific user of this space today is the youngest entertainment platform- OTTs.

Alok Gupta, Director, Graphisads, says Netflix, along with Amazon Prime, Hotstar and Zee 5, is adding huge revenue to the Out of Home industry.

“They are rather using outdoors very effectively and doing small bursts whenever their new series is coming up. I am not sure if it is a very scientific approach. It is very easy for an OTT player to absorb from where the user base is coming up. OTT players must observe the back-end data and would like to create their outdoor campaigns based on the same data,” he says.

advertising ‘BARC ratings are credible. Cross-media measurement to be rolled out next year’
14 hours ago