Media houses, from print to television, from radio to digital will use their editorial and advertisement space and time to promote Great Kerala Shopping Utsav

Kerala’s media group have set a prime example of how unity during tough times can go a long way through their classy gesture of providing advertisement free broadcast and responsible reportage of the 2018 Kerala floods. In spite of it being Onam season, which accounts for 60 per cent of the revenue of the media organisations, the Kerala media rose above all these factors to make people the priority. And during all the chaos, Kerala has proved time and again why it deserves to be known as an evergreen state. Like a phoenix rising from its ashes, the state has bounced back from the test of waters. With media organisations across the state joining hands for the Great Kerala Shopping Utsav (GKSU), this only means one thing - Kerala is back in business.

GKSU and its objectives

Onam, the biggest shopping season was washed out during the floods, which, unfortunately, coincided with the Onam shopping dates. The floods started on August 15 and the Onam shopping window was from August 15-30. “What we realised while meeting clients after the flood was that the local retailers have a lot of stock left as Onam was washed away by the floods and the national players have a perception that the damages happened to the state is beyond repair. The 2018 Kerala flood has actually affected only 3-4 per cent of the total population in the state. But the outside world has a delusion that it will take years for the state economy and market to get back to normalcy. So GKSU is created with an aim to rejuvenate the Kerala market and to let the world know that we are back to business,” said Kamal Krishnan PS, National Head – Integrated Media Solutions, Mathrubhumi Group.

“Though the magnitude of floods was huge, the way Kerala recovered was phenomenal and will be a case study in disaster management. The relief operations and rehabilitation were extremely well-coordinated activities. A devastation of this intensity, with the casualties being limited to less than 500 is unheard of. Within 10 days the road connectivity was established. Kochi International Airport became functional in 12 days,” said Varghese Chandy, Vice President, Marketing, Advertising Sales, Malayala Manorama.

Elaborating on the examples, Chandy said, “To give few examples, a chartered flight with 46 tourists from Australia landed at the Cochin International Airport on September 16. The Australian World Orchestra performed at the Grand Hyatt Kochi on September 25th. The 3-day sale at Lulu Mall, Kochi in September resulted in an overwhelming sales for the retailers. The 10th Edition of Kerala Travel Mart, the signature event to promote Kerala tourism which was held in September had the highest number of foreign buyers which stood at 545 coming from 66 countries. Jawaharlal Nehru Stadium was full when the Kerala Blasters were playing Indian Super League.”

“However, those who have been glued to the TV channels and other media got the feeling that Kerala will take ages to be on its feet. So, few of us in the media sat together and came out with this fantastic idea of a 'Grand Kerala Shopping Utsav' (GKSU). This exercise is primarily to inform that we are back to business,” said Chandy.

Through this shopping festival media across the state want to bring cheer back to the customers as well as the trade. They want to change the negative sentiments to positive. The main objective of GKSU is to tell the whole world that Kerala is back to normalcy after the deluge.

GKSU is an attempt to revive the Kerala market. We are attempting to re-create the Onam season so that the market will be active, and everyone can reap benefits out of it. We are providing brands and retailers a platform to leverage. The investment of media during this process is advertisement space worth Rs 25 crores,” said Unni Krishnan BK, Vice President Sales, Asianet News Network.

Unity is the keyword

The media houses in the state have joined hands for GKSU. The media houses, from print to television, from radio to digital will use their editorial and advertisement space and time to promote GKSU. The Indian Newspaper Society (INS), Indian Broadcasting Foundation (IBF), Association of Radio Operators of India (AROI), Kerala Chamber of Commerce, Dealers Association of TV and Appliances (DATA), Kerala Vyapara Vyvasayi Ekopana Samidhi (Kerala Traders' Association) and Retailers' Association of India, have extended their support to this initiative. The media world is confident that the Kerala consumers will throng the shops and establishments like never before.

“Clients can use the media vertical of their choice to promote their offers. The announcement about the shopping Utsav will be done on November 1 on Kerala Piravi Day (Kerala formation day). The Festival will run for one month from November 15 to December 16. There will also be an attractive raffle with bumper prizes, weekly prizes and daily prizes,” said PR Satheesh, COO, MMTV.

“A customer who makes a one- time purchase worth Rs 1,000 or more with GST from any retail store across Kerala in Nov 2018 can participate in the Mega Raffle. The Great Kerala Shopping Utsav 2018’ is just a beginning, and it would create waves in the first season and in the years to come,” concluded Satheesh. 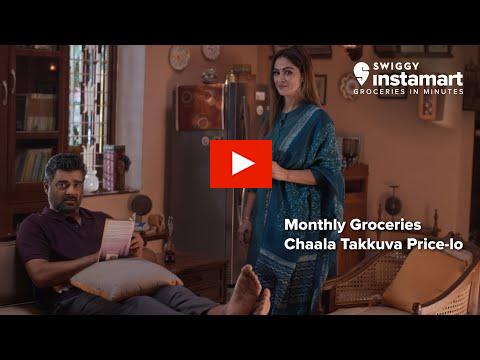