JK Lakshmi Cement’s new television commercial is aimed at taking the current brand positioning of ‘India, Ab Soch Karo Buland’ a notch higher. The traditional cement brand is reinventing itself to build stronger resonance with India’s younger demographic. The campaign has been well-received, garnering close to 4 million views on YouTube. The Buland Soch of the four protagonists - Engineer, Mason, Young Girl (end user) and Dealer (all customer segments) are represented by a cement block made of JK Lakshmi Cement. While the other weaker block symbolizes the ordinary thoughts that are currently holding back our society.

The message of ‘Aa Strength Dikha’, lies in the clash between the ordinary and the Buland, represented by the two cement blocks. And here we showcase how each time, the latter emerges unbroken and victorious. It is this same progressive attitude that forms the core of JK Lakshmi Cement. While the clash of cement blocks illustrates the core product benefit of ‘Strength’ in a dramatic way.

The brand believes that post covid, it is of utmost importance to spread positivity, boost action and mobilize the market. Cement being a low involvement category, the brand is finding newer ways to break the clutter, reach out and build affinity with the changing consumer demographics.

The campaign objective is to connect with house builders of today, who are younger than before. This ad film brings into light all kinds of people, their efforts and expertise that goes into building a single house. This also serves as an analogy to how all of us together can help build a better and stronger India.

JK Lakshmi Cement is happy to see how the ad has taken social media by storm with millions of views on YouTube, and a successful television campaign. The song individually is also doing very well across various audio platforms.

Aseem Saxena, GM Marketing, JK Lakshmi Cement said, “The key highlight of this campaign is to showcase the superior strength of JK Lakshmi Cement and also to establish that nothing is beyond reach with “Buland Soch”. The characters in this film serve to break the prevalent societal stereotypes like gender description and inequality. The film transcends the space of transactional communication and drives the true essence of ‘Aa Strength Dikha” mantra. The treatment of the film is also very clutter breaking and the rap style song is an attempt to connect to younger set of consumers.”

According to Vishal Ahuja, Founder and Business Head, Aagneya Advertising

“#AaStrengthDikha is not just a commercial. It is a campaign with TTL approach, targeting a mindset change for all our key stakeholders from our end consumers, dealers, to the internal team at the client side. With the Consumer/Independent House Builder of today getting younger, from 60 years to now 45 years, it very important for a cement brand to rethink and retarget. With a sound and focused strategy in the brand’s lifecycle, #AaStrengthDikha captures the brand’s values, leadership stance and social intent. We are hoping to bring in desired results for the company through this campaign.” 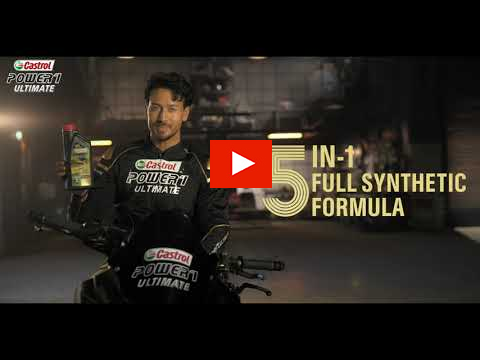