In the third part of our series on the people behind the most talked about ads of IPL 11, we caught up with Hemant Misra, Brand Strategy Consultant to Publicis, who created the MakeMyTrip campaigns featuring Alia Bhatt and Ranveer Singh

In the third part of our series on the people behind the most talked about ads of IPL 11, we caught up with Hemant Misra, Brand Strategy Consultant to Publicis, who created the MakeMyTrip campaigns featuring Alia Bhatt and Ranveer Singh. In a conversation with exchange4media, Misra shares several interesting behind-the-scene stories. 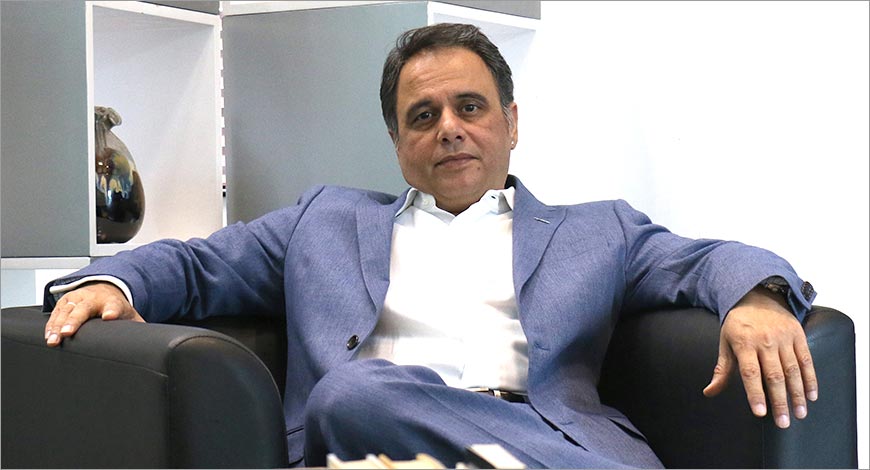 You have been working on the MakeMyTrip ads since you won the account in 2015, how was it different this time?
Our objective is to convert the offline buyers to become online buyers. That remains a consistent strategy and the objective. And invariably Ranveer is the offline buyer and Alia is the smart one --the MakeMyTrip buyer-- in our ads. Two ads of the series have already come out-- the gym and the airplane commercial-- and the third one is on its way. This time, the focus is on how the word about online booking is spreading. So this time, the circle widens and goes beyond two people and others are seen joining in the communication. The whole idea is--the world knows about MakeMyTrip, where are you, honey? We tried to bring that out humorously.

Watching Alia and Ranveer on screen is a delight, how are they behind the scenes?
For the first time we really got Alia and Ranveer trapped in one place. They are such bubbly characters, they just can’t sit in one place. It was one quarter of a plane set made by turning boards. I mean if you saw it, you wouldn’t have believed that this could be an airplane. So, when you see it from inside, it’s beautiful, but there is nothing behind or in the front. The airplane shoot is a great example of what post production can do to a film.

Do they improvise during the ad film shoot?
Both Ranveer and Alia love the MakeMyTrip shoots because they can totally get into the skin of the characters and enjoy themselves as opposed to just looking like film stars. And I must admit that a lot of the ideas for the ad come from Ranveer and Alia. Remember the first ad where Alia was playing the receptionist at the hotel, it was her idea to get the character to lisp, because she thought it would help the character look more like a regular person. Also, in the last film, Ranveer is shown with balding head and a paunch. This again was his idea. In fact, in the hospital film, where Ranveer plays the doctor, he changed his appearance so much that the client couldn’t recognize him. That’s the beauty of it and that’s how they enjoy it.

How did the airplane idea come up?
The glamour of advertising hides the boredom behind it; hours and hours of boredom and discussion are behind every ad. The plot of the airplane ad simply came from a discussion on how a typical Delhiite enjoys boasting of connections. We wrote seven-eight scripts, out of which these three emerged as the best. Plus, earlier we have used places like a reception area, a taxi driver talking to a customer, it was always one on one, there is no third person involved. But this time, we wanted to widen the world of Alia, Ranveer and MMT and divide it into a non-MMT person and lots of MMT persons.

What was the brief given to you by the client?
Our Goibibo ad is focused on the IPL. For MakeMyTrip, the only specific thing we were told is that we need to make sure the ad plays out in 20 seconds. It usually is a 50-seconder, but we were told to keep it short because for IPL, nobody can afford to run an ad which is more than 20 seconds long. Otherwise it really has no cricket connect.

About Hemant Misra
Hemant Misra has been in advertising for more than 25 years and has worked with agencies like JWT, Mudra, Publicis. Currently he is working as an independent brand strategy consultant to Publicis. The most memorable brands he has worked with include McDonald’s, Orient PSPO, Nestea, Intex Swift, Apollo Tyres and Pan Parag.