‘I have a fatherly feeling towards Amazon’s Chonkpur Cheetahs’

A chat with Azazul Haque (CCO, South, Ogilvy), who gave birth to Chonkpur Cheetahs for Amazon. Haque tells us how the lovable team came into being.

In the fourth part of our series on the people behind the most talked about ads of IPL 11, we meet Azazul Haque (CCO, South, Ogilvy), who gave birth to Chonkpur Cheetahs for Amazon. Haque tells us how the lovable team came into being. Read on: 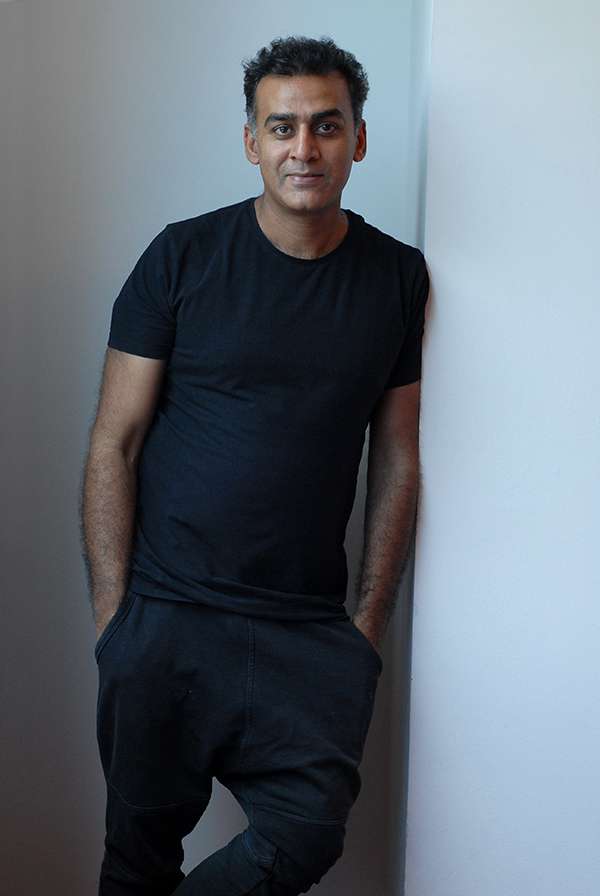 Amazon is one of the few IPL campaigns this year that retained the strong bond of the brand with cricket. How did the team Chonkpur Cheetahs come about last year?
The team’s name was a figment of my imagination. I was walking out of office one evening with my bag when I suddenly turned back and said should we call the team Chonkpur Cheetahs? Everybody looked at me and asked what is Chonkpur Cheetahs. They all laughed, it was a funny name, but it got them excited too.

Back then, we thought since the ad was to appear around IPL, why not have a cricket team that wants to play in IPL but cannot. While they have the talent, they don’t have the cricketing gear to help with the practice. We showed how Amazon can play a role in making things accessible to them, because that’s what Amazon does-- no matter where you are, you have access to anything via Amazon. We went to the brand with this idea and Amazon thought it was interesting. And that’s how Chonkpur Cheetahs were launched and today it has become a unique property for Amazon, almost like the ZooZoos for Vodafone.

Tell us how you worked on the characterization of Amazon’s T20 IPL team?
We wanted to retain the fun element as far as the names of the cricketers go. So we cracked the names of Puppi, Dhyani, Khushbu, Shamsher etc. And then we had this character who struggles at English, another one who plays the ‘kangaroo shot’, and so on. It literally felt like we were conceiving an IPL team. It was not just an ad film, it was like a feature film for us where every character had to be defined. I feel like I have given birth to each of the players as we have written each one’s attributes and imagined how they would be. I have a very fatherly feeling towards the characters. So, I make sure that I am there for the shoots as well. I have a personal equation with most of the actors. In fact, they have forgotten their real names. Dhyani keeps forgetting that his name is Rohit. He calls himself Dhyani now. 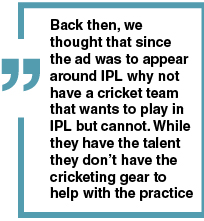 What was the brief given by Amazon for this season?
They wanted to have progressive storytelling. So, last year, the players were in Chonkpur, where they were struggling to get access to things. This time, they have shifted to a bigger town to fulfill their dreams like most of us. I am from Lucknow myself. So, Chonkpur Cheetahs want to play for the big league games, for which they have to shift to a big city. But the problem now is that before competing with any IPL team, they need to compete with problems of big city such as ‘shehar ki garmi’, ‘shehar ke kharche’ etc. So the matches are between Chonkpur Cheetahs and big city problems.

Also, the brief mentioned that we need to talk about the benefits of online versus offline. In a big city, we have to run to 10 places to get three things. So, instead of focusing on my dream and game, I have to run around to buy bucket, mug, toiletries, etc, wasting time. But, on Amazon, you can do that in two minutes. So, there was a good brand fit there.

About Azazul Haque
Azazul Haque started his career in 2001 at Lowe Lintas and has worked for agencies such as Publicis and Contract Advertising and on campaigns such as ‘Khushiyon ki home delivery’ and ‘yeh hai rishto ka time’ for Dominos. From Contract Advertising he shifted to Ogilvy in Bombay almost five years ago and worked on campaigns for Madhya Pradesh Tourism, Rajasthan Tourism, Satyamev Jayate campaign with Aamir Khan and Milton. After winning the Amazon account, he shifted to the Bangalore office where he is currently Ogilvy’s Chief Creative Officer, South.