Eight months into virtual pitches, adlanders say while the media mix is now tilted towards digital there are more project-related conversations rather than long-term associations

To be sure, the pandemic has brought about tons of changes in the way the industry works. For the advertising world, a quintessential part that has changed is pitches going virtual. The change has brought to light new dynamics of pitching.

Now, 8 months into virtual pitches, adlanders give us a lowdown on how the pandemic has brought in a sea of change in the ad pitching universe.

While marketing teams from FMCG companies and personal care and beauty brands to healthcare devices and services have been going back to agency partners for strategies to target and engage with consumers, given IPL coinciding with the festive season, aspects around pricing seem to have been affected compared to pre-Covid times.

While some brands have reduced their estimated media spends, for others, the obvious shift has been the change in media mix with a tilt towards digital. Moreover, it has resulted in more project-related conversations rather than long-term associations, a consultant shared on the condition of anonymity. “The fixed commission charged by agencies too has gone down from 3-5% to 1-2%,” the source said.

Our source, a leading agency CEO, shared that clients have definitely cut down on retainers. "While things are only looking better now with every passing month, advertisers are still grappling with the new reality for 2020 and most have been constantly rethinking their budgets for the year. That’s obviously having a knock-on effect on agencies when it comes to agency fees. We are seeing a dip of 20-30% in business," he revealed.

Prashant Gopalakrishnan, Executive Vice President & National Business Head, Dentsu Webchutney, too revealed there surely has been an impact from an agency remuneration point of view. “When the business teams gauge the size of business initially, they have often seen that there is a big mismatch between pre and post Covid times. So, as a process, we align the clients to our financials right at the beginning. If we see there is a major disconnect in the costing as compared to the budgets, we sometimes consider an alternate project-based model of costing,” he signalled.

Having said that, according to Gopalakrishnan, the respect for agencies has just gone up during this period, especially because a lot of agencies have agreed on financial cuts but have continued to provide service as before. “Personally, I feel agencies that have gone the distance in partnering with clients have retained most of these businesses.”

Evolution of the Traditional Pitch

Adapting to doing it all virtually might have been a pain in the start, but ad execs seem to have now gotten attuned to it.

Aditya Kanthy, CEO & MD, DDB Mudra Group, noted that the most important aspect of the pitch process was the chemistry between the partners and has been the one thing that’s hardest to assess in a virtual setup, but with time agency folks have got well adapted to it. “We’ve had some wonderful moments with new clients without ever actually meeting them,” he added.

Kanthy revealed that taking location out of the equation has also opened up lots of possibilities because it allows agencies to scout for a brand regardless of where they are based. “Everyone’s more open to that idea now. All the other things that go into a pitch have been altered as well including the theatre around it. It’s been fun adapting to this new reality and we’ve learnt a lot in the process,” he said.

To be sure, agencies have spent decades perfecting how to immerse clients into a story and make them feel connected to an idea so that they buy it.

Anil Nair, CEO, VMLY&R India, too said that the transition definitely has its share of pros and cons. “Physical pitching or physical anything feels like the relics from a parallel universe. The people at VMLY&R have adapted to virtual pitching almost like second skin. Given the fact that some of our existing business were already from other countries, there existed a long-distance playbook for us to learn from. To be fair to virtual pitching, what is sacrificed is pitch theatre, pitch travel, the human chemistry and the ability to read the pitch in progress. But what has been gained is speed and the ability to bring many more people to the pitch process including our global folk. So, all in all we aren’t complaining,” he remarked.

Adlanders opined that while there have been lots of lessons learnt along the way and streamlined operations developed to successfully conduct effective pitches owing to the new normal, the ‘old abnormal’ had a different charm of its own.

Nair added that moments like the post-pitch beer and the post-win champagne are definitely missed but the team is keeping a mounting count of that.

Meanwhile, Pooja Jauhari, CEO, The Glitch, misses seeing reactions of clients in person. “Feeling the energy in the room along with the ability to adjust by reading how the room reacts to the presentation. Today so many don’t turn their video on while in a meeting. It almost feels like you are speaking to yourself in a mirror. On a lighter note, it’s giving presenters the ability to work in the blind and still have an impactful narrative even with any form of reciprocation,” she remarked.

While an office setting enables the creation of endless opportunities for the pitching theatre, it’s interesting to see how agencies are cooking that up online and taking the same level of magic into people’s living rooms.

Nisha Singhania, Co-founder, Infectious Advertising, hinted that in a people’s business like advertising, it is the pitch-perfect chemistry of traditional pitches that is missed the most. “During the lockdown we have participated in several pitches. However, one does miss the face-to-face interaction, immediate reactions on an idea and the human connect. We are in a people business and in a client-agency relationship people chemistry is very important,” she explained.

Recap: The Week That Was
1 minute ago 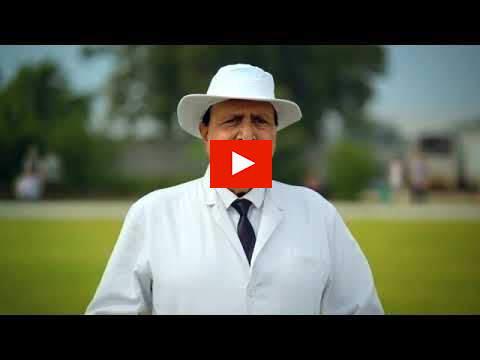