The Bollywood diva, at one stage, had endorsed as many as 20 brands in a year.

Katrina Kaif is known for her versatile acting and beauty. The actress might not have a wide array of films in her kitty but when it comes to brand endorsements, she is at par with some of the top male superstars.

In a study conducted by Omax Media in 2014, Kaif was declared the brand endorser of the year and was also voted as the most powerful celebrity endorser.

The Bollywood diva, at one stage, had endorsed as many as 20 brands in a year. The actress has carved a niche for herself, not only in the film industry but also among brands. She has a wide range of brand endorsements in her portfolio, which includes soft beverages to cosmetic products and jewellery to mobile-handset. In 2014, she also became the fourth Indian brand ambassador of L’Oreal Paris.

As the actress celebrated her 35th birthday on Monday, we took a look at some of the brands that she has been associated with.

The online eyewear retailer got their first-ever brand ambassador in Katrina Kaif. The actress will be the face of the brand for the next two years. Initially, the brand was of the view that they do not need celebrities, but Lenskart soon changed mind and took the strategic decision of roping in Kaif as their face.

A few months’ back, the actress was roped in as the first-ever brand ambassador in India for Tropicana to lead their campaign ‘My health, my way’. The brand recently told e4M that they would soon be coming out with new TVCs featuring Kaif.

Kaif’s association with Slice is one of the most memorable celebrity ads. The actress has been seen in various Slice ads, portraying her love for the mango drink. ‘Har ghoont ras bhara aam’ and ‘Aamasutra’ garnered a lot of attention from the audience and the brand also saw a jump in the sales. 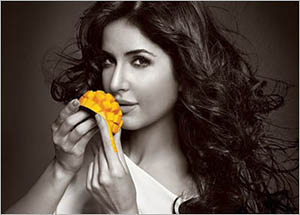 It has been only two months since Kaif was appointed the global brand ambassador of Kalyan Jewellers. She is the new face of the brand and will soon be featured in TVCs. The brand had been associated with personalities such as Amitabh Bachchan, Jaya Bachchan and Sonam Kapoor to name a few.

According to the company, in India, the actress will feature in campaigns, especially in the northern and western markets. 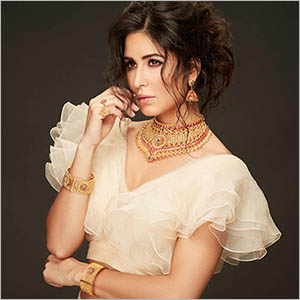 Veet is Kaif’s one of the oldest associations. The two have been together for around 10 years. In between, there were speculations that Shraddha Kapoor has replaced Kaif as Veet’s brand ambassador, but it was clarified that Shraddha was just an addition and not a replacement. Kaif continued to be the face of the brand.

The Bollywood diva has been seen in a number of Veet advertisements not only for TV, but also print and OOH.

Xiaomi marked its entry into the selfie smartphone segment with the launch of its Y series. This was when the company signed up Katrina Kaif as the product ambassador. 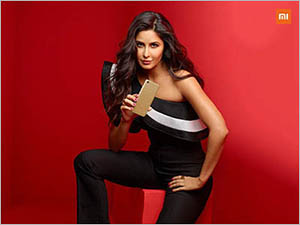 In 2017, Kaif was signed as the face of Berger paints and also shot big budget campaigns with Splash and FBB Fashion.