The company will roll out a series of films presenting weightlifting champion Mirabai Chanu and wrestling champion Bajrang Punia for its Advanced Pain Relief body range of products that include Back Pain Roll-On, Joint Muscle Spray, and Pain Patch. The campaign idea revolves around the message of overcoming pain and achieving victory as the tagline echoes “dard ki haar, aap ki jeet”. The commercials showcase the challenges faced by these athletes in their journey to success and excellence.

The TVC shows both Mirabai and Bajrang’s Olympic triumph story as they are shown fighting pain with Amrutanjan’s Back Pain Roll-On and Joint Muscle Spray from its Body Range of products. The film starts with Mirabai Chanu ready to lift the barbell at the Olympics competition. It’s the moment of truth. Her thoughts flashback in time to her childhood and training years. As a true champion in the making, we see her striving to qualify for the Olympics and accomplish her dream. We see her moan as she’s hit by back pain during her weightlifting. But pain won’t stop her. Amrutanjan is by her side and she applies the Amrutanjan Back Pain Roll-On, which starts working on her backache within 30 seconds. We come back to the Olympic moment, we hear her inner voice urging her, ‘lift, Mira, lift!’ She lifts, she wins….no less than an Olympic silver for India.

Similarly, the film highlights Bajrang’s rigorous training routine….all the sweat and tears that make a winner. We know that a weak and injured knee has lost him matches. On the final day at the Olympics, when he competes with his opponent in the wrestling ring, Bajrang experiences a sudden jerk in his knee. We see his inner voice motivating him to continue to give a tough fight. He overcomes the unacceptable anguish of returning home without winning a medal for the country. He fights the pain, spraying Amrutanjan Joint Muscle Spray on his knees that gives him relief. In the end, the wrestler is shown proudly flashing his medal won for India.

Both Mirabai Chanu and Bajrang Punia have delivered a stellar performance as top-class athletes on a global platform for India despite the hardships. Amrutanjan healthcare attempts to narrate their fair share of hardship, and challenges in this journey to success.

Amrutanjan has been helping Indians overcome pain for over a century through its pain management products for headaches and body pain. These include Pain Balms, Joint Muscle Spray, Back Pain Roll-On, and Pain Patch. All products are 100% natural and free of synthetic chemicals like Diclofenac which have serious side effects on personal health and also impacts the larger environment.

S Sambhu Prasad, Chairman and Managing Director, Amrutanjan Health Care Limited, said,” Amrutanjan has always been a pioneer in pain management products, and is India’s trusted choice for effective pain relief over the years. We are delighted to offer our Advanced Body pain management products with performance-based claims backed by scientific clinical trials. For over a century, Amrutanjan has been endorsing a pain-free life for its consumers through its pain management range of products that are rooted in Ayurveda.  The new TVC with Olympic champions Mirabai Chanu and Bajrang Punia will showcase our constant endeavour to provide instant and long-lasting pain relief and enhance the quality of life of consumers. Through this partnership, Amrutanjan wishes to nurture the unsung heroes and upcoming athletes by inspiring them to overcome pain and accomplish their goals.”

Mani Bhagavtheeswaran, Chief Marketing Officer, Amrutanjan Health Care Limited, said, “Mirabai Chanu and Bajrang Punia have become icons for the future generation. They inspire the youth with their persistent hard work and struggles to achieve their dream for India. They reflect the same values as Amrutanjan of never letting pain come in their way of victory. With this collaboration and stories of the athletes we want to highlight the fact that pain can be overcome and it should not stop you from achieving your dreams”

Navneet Virk, Creative Head – South, R K SWAMY BBDO, “We wanted to deliver the message of achieving victory in life by defeating pain which is why we have focussed on the narrative of 'dard ki haar, aapki jeet’. All of us face hurdles that stop us from accomplishing our daily missions, our tasks great and small. As a brand, Amrutanjan aims to put an end to the physical distress of its consumers with its Advanced Pain relief body range of products. By showcasing the vigorous training practises of the Olympians in the commercials, we wanted to convey that anything can be accomplished in life with the help of hard work, determination and Amrutanjan’s Advanced Pain Relief products. 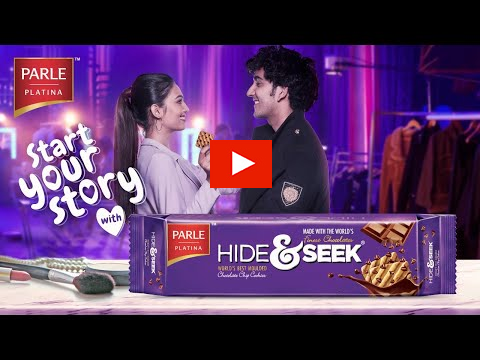