Airtel&rsquo;s Friend campaign, Cadbury&rsquo;s Shubh Aarambh, Tata Docomo are among the campaigns that impressed marketers in 2011

Campaign: Airtel - Har Friend Zaroori hai
In today’s Facebook generation, you can have unlimited 'friends'. This isn't the ''yeh dosti hum nahin todenge' kind of friendship. This is an acquaintance of casual utility; where every kind of friend can have his/her role. The campaign captures the true spirit of today's youth.The early morning friend, the late night saviour, the guy who throws his house open, the guys who always pile on. The ones who borrow money from you, the ones who pay for you - the list is endless. The innate truth is, we all know someone like that, and that is what makes this campaign so memorable and relatable!

Campaign: Seagram’s Imperial Blue: Men will be men
Traits peculiar to men - feeling delighted when wife is away, glancing at a woman all time are depicted very well in the commercials. Definitely brings a smile with a thought - "So true"!!!!

Campaign: Asian Paints
Based on real insight of relationship between elder and younger brother in India, the campaign exhibits the product attributes through an interesting storyline.

Campaign: Levis Jeans: It's the shape that matters not size
The campaign is an Interesting integration of functional benefit of the product (slim, curve and jeans) with the idea of liberation of women. Breaking away from age old norm of ‘big size is bad’ to ‘its shape that matters’ is intelligent.

Campaign: Super Zoo Zoo
The launch of Super Zoo Zoo with Vodafone 3 G was one of the most successful product launches of 2011. It just shows how a great idea in whatever form has such a long expendability and shelf life.

Campaign: Cadbury – Shubh Aarambh
I liked the bus stop commercial the most in the shubh aarambh series. The way Cadbury kept building the idea further was very interesting - great way of starting a new positioning, launching a new campaign or thought.

Campaign: Pepsi World Cup ‘Change the Game’
My favourite amongst all was the Helicopter shot with M S Dhoni – a topical, fresh take on the world cup association of the brand.

Campaign: Coke – Imraan Khan and Kalki Koechlin
I found the commercial very appetizing – though you are not showing the product, the idea conveyed is beautiful.

Campaign: Tie: Flipkart vs Hero ‘Hum mein hai hero’
Brilliant execution – one for introducing a new category on air and another of a relaunch.

Campaign: Tanishq
A new kind of advertising where celebrity is educating the consumer in an engaging way - creative way of referral advertising.

Campaign: Flipkart
Though kids have been shown earlier talking in older voices, this campaign has been done in a refreshingly new manner. Addresses issues like online payment or facility like pay on delivery in a great way.

Campaign: Airtel - Har Friend Zaroori hai
Break away from traditional telecom companies advertising - Har friend took a different route to the way communication has been done in this category.

Campaign: Ebay India: Love yourself
Unconventional approach - not quite sure if this cuts across age, relationship and gender but certainly made me look up at gifting.

Campaign: ING Vysya: The spy
An interestingly projected product feature - in a capsule dose of humour and concept that speaks customer centricity.

Campaign: Times of India: Chennai Edition
Makes for some clutter breaking viewing, whether it creates dissonance amongst the existing readers in Chennai is to be watched.

Campaign: Pepsi World Cup ‘Change the Game’
A memorable campaign that nearly single-handedly appropriated the World Cup for the brand. A campaign that was destined to work, irrespective of which country or player did well.

Campaign: Cadbury – ‘Shubh aarambh’ and ‘Is diwali aap’
Another great year for Cadbury, with memorable extensions to a great platform.

Campaign: Imperial Blue: Men will be men
Wittiest series - There is no mention of the product or the brand but the art / creative is so strong, one can’t help recalling it. Excellent work.

Campaign: Airtel – Har friend zaroori hota hai
Creative POV – strong entertainment quotient to refresh the brand; Brand POV – Tactical in nature. Missed out on the opportunity to take the brand to the next level of the brand proposition – ‘Dil jo chahe pas laye’

And the winners are:

Shining through the storm: Women leaders who proved their mettle amidst Covid blues
15 minutes ago

'Creativity, Compassion & Collaboration should be at the centre of communications efforts'
11 minutes ago

Shining through the storm: Women leaders who proved their mettle amidst Covid blues
15 minutes ago

Are brands succumbing to social media uproar in the age of rampant digitization?
32 minutes ago 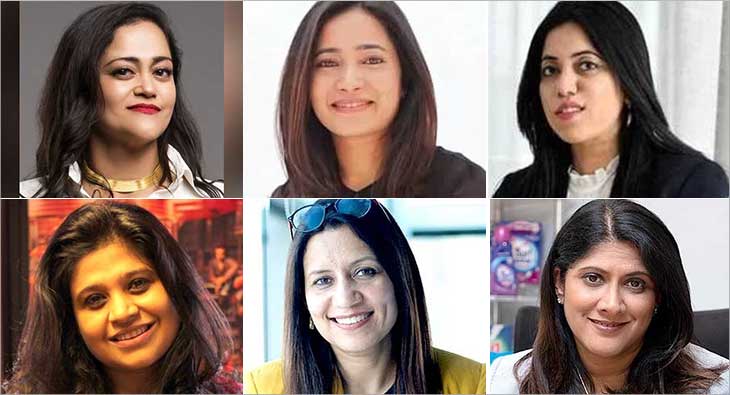 advertising Shining through the storm: Women leaders who proved their mettle amidst Covid blues
15 minutes ago