How the PR industry is navigating the virtual events landscape

Experts believe virtual events have aided in maintaining the much-needed connect with key stakeholders, but do not see the virtual events landscape being embraced fully in the post-pandemic world

Since the onset of the Covid-19 pandemic, physical spaces have been replaced by virtual ones. Thankfully, the PR industry adopted the unprecedented change effortlessly and creatively transitioned into the virtual event landscape. From organizing virtual press conferences to product/campaign launches, PR professionals seamlessly provided media professionals and corporates a platform to connect irrespective of lack of physical events. Aided by technological advancements and new players in the virtual event landscape, the industry has tried to maintain the face-to-face relationship, albeit on the screens, with journalists and key stakeholders of the corporate houses.

According to Pooja Pathak, Co-founder & Director, Media Mantra, “Virtual events have been happening for a long time, but during the pandemic times, it became a default necessity. Also considering the uncertainty and the associated risk of meeting in a crowd, the popularity of virtual events rose exponentially.”

Talking about how has the transition taken place from physical to virtual events, Abhinav Srivastava, COO, SPAG Asia shared, “The transition has been seamless, something which otherwise would not have been an easy task. In work set-ups, everyone tries to avoid the change and looks at pushing back anything new which is being introduced. For example, video conferencing would have been easy to plan virtual connects, but now it has become the engagement tool among teams in different cities.”

“Today everyone has adopted the new-age tech conferencing via Teams, Zoom, Meets and become much more savvy with virtual events. Many other vertical like Sales and Investor Relations, who have been into mega meet, are also exploring newer avenues in building virtual events for employee motivation or shareholders engagement. “

Drawing attention on another perspective, Nikky Gupta,Co-Founder & Director Teamwork Communication Group, said, “It is easier and requires a minimal monetary investment to organize a virtual event. But now we have a problem of plenty. So many virtual conferences are vying for the attention of journalists who understandably have to pick and choose the most notable or newsworthy ones. So, the key is to ensure the virtual event you are organizing has vital and news worthy information for journalists. The subjects should also be selected and marketed in a way that it sounds newsworthy and useful to the media.”

However, is it easier to get media attention through virtual meets compared to the physical press conferences? Experts gave mixed responses.

Srivastava responded, “In my view, it is 50-50. Media is divided in this case, some have heightened the attention for the virtual meets to build that connect and also establish themselves in making sure that they get exclusive access separately and other half is not so interested.”

While Gupta believes that it does not matter much if you are inviting media to an actual event or a virtual one. “What matters is information and content. If you are offering useful and novel information which is newsworthy enough, even virtual events are good enough to get good traction in the media and vice versa.”

She further added, “However, when it comes media visits for product showcasing or opening of any new ventures, it becomes necessary to have a physical event.”

“Physical conference had its own charm and gave better networking opportunities. Online events though saves time, but there is a probability of media dropouts or delegation of a subordinate for the conference.  Online event attendance also means more distraction since multiple facets have to be managed at home, and as a result, there is less interest in the event/conference," responded Pathak.

With the unlocking process on, there have been some recoveries as certain sectors are bouncing back while others still bear the brunt. With the physical events curtailed, virtual events have shown huge advancements owing to the advancements in technology. So,will the virtual event format be relevant post pandemic as well?

Speaking about the future of virtual events, Srivastava said, “The virtual events will remain relevant but with some limitations. As some sectors, companies, vertical, and departments will look at developing the virtual events segment considering it will be cost effective, builds better digital traction, and gets easy development of video, social media amplification, hence better KPIs achievement.”

Pathak puts the spotlight on the need of digital detox. She said, “It is hard to embrace a completely virtual event world as of now. However, only after some positive medical developments relating to the health scare, will we be able to think about physical events.”

Gupta concluded by adding, “We will move on to a space where we will have a healthy mix of physical and virtual events. Sometimes, physical events throw up challenges for the media such as distance, travelling time, clash of two events or overlapping of events. With virtual attendance, it becomes easier to attend two closely scheduled events.”

Outlook for 2021: PR and Communications industry
13 hours ago 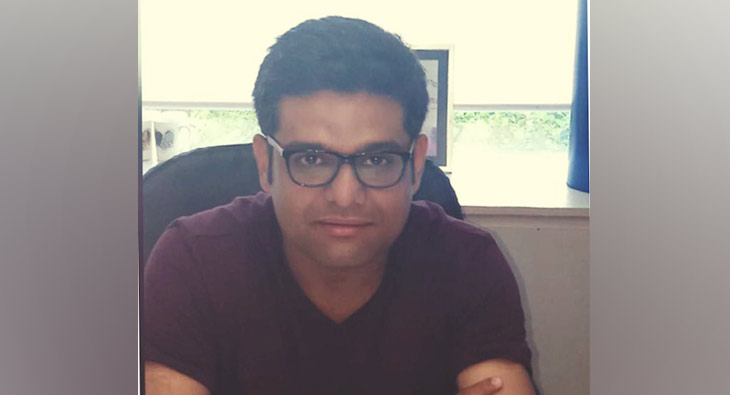 pr-and-corporate-communication Outlook for 2021: PR and Communications industry
13 hours ago