'Empathetic & authentic communication that connects with people must be in focus'

Deepa Sasidharan, Head-Corporate Communications India, Continental, talks about her journey in the industry, value gap and gender biases in the system and the crisis faced by the automotive industry

Deepa Sasidharan, the Head of Corporate Communications India for Continental, one of the largest automotive technology and components suppliers in the world, has been in the industry for more than two decades now. Leading a team of communication professionals, Deepa has strategised on several campaigns for the company that helped transform its positioning from an automotive components manufacturer to a technology leader.

A strong believer in Communications 2.0, she brings together various forms of communications that help in effective message delivery.

In today's edition of Women Achievers Series, e4m interacts with Deepa Sasidharan on the importance of communication in desperate times, value gap and gender biases in the system, crisis faced by the automotive industry and more.

How has been your journey in the communications industry? What have been your key learnings?

In the last two decades that I have been in the communication industry, I have seen the role evolve from being a peripheral one to a strategic core function across all industries. For a very long time, this was the prerogative of communications professionals in B2C industries. Today, across industries, we see communication teams involved in critical strategy development, employee and stakeholder engagements via transparent two-way communication tool. They have a place in the board room. The rise of digital was probably the game-changer, which made sure that companies could no longer afford to look at communication as just a “good to have.”

How important has communication become in desperate times like these?

It is during crisis situations such as these that you realize the importance of a strong communication strategy and a crisis communication protocol. The key aspect to keep in mind is staying transparent as a company and speaking the same language as spokespeople. Virtual is the new normal, at least for some time to come, so invest in a few tools that enable this. It could be in any medium of choice, the more one-to-one, the better.

Empathetic and authentic communication that connects with people must be in focus. You might not necessarily have the most positive things to say, but having the confidence to say it in the right tone, reassuring your people that you’re in this together, would get you better goodwill than a year-long brand campaign.

Core values of your organization also become critical during a crisis, and you need to constantly reinforce this; values, after all, are demonstrated as behaviours. Only an environment shaped by values can keep an organization together during tough times.

The automobile industry has been going through a slowdown since last year with the Corona crisis making the situation even worse. How is the industry coping with the crisis?

These are extraordinary times for all the industries across the globe and the auto industry is no exception. This is not an easy phase, but we also know this is temporary. For Continental, the main focus is the health and safety of our employees, in addition to maintaining our supply chains. By the time the lockdown ends, we will be fully prepared for a ramp-up to support our customers.

How does the culture of an organization help in curating a gender agnostic environment for its people? What does your organization do to attain gender neutrality?

The starting point is having the right intent. Thankfully, most organizations these days have a strong focus on gender diversity. This needs to be supported by the right policies, programmes and measurable actions. A very important aspect is awareness creation – irrespective of gender, everyone needs to internalise the importance of this topic for the organisation. Yet another topic – often unaddressed – is unconscious bias, which takes time and effort to reverse. If all of these are considered together with equal attention, any organisation can create a sustainable model for gender-agnostic workplace culture. Traditionally, both the automotive industry and the manufacturing sector have had a higher percentage of male workers, and higher availability of male talent.

Continental has built a solid foundation and gives a high degree of focus on gender equality. Today, each location has gender diversity ratio targets, overseen by a diversity council. We have several leadership development programmes focusing on mid-level managers helping them to step into new roles, strengthen their leadership traits and subsequently grow into senior managerial roles. A signature program for women leadership development is WE Lead, a unique program launched in India. In parallel, we also have sensitisation programs that run through the year focused on gender neutrality. Wherever possible, we encourage STEM Education for women.

Have there been experiences of gender biases with you along your journey? If yes, what could be the possible reason behind it?

I work in an organization that promotes gender equality and with zero tolerance for any kind of discrimination. At the workplace, I have never had a single instance of bias in my entire career.

However, my role involves a higher degree of external engagements and connects (compared to colleagues who work in tech), and I have faced unconscious biases. I think these are mostly cultural and sometimes even personal perceptions. Thankfully, over the years industries and professionals have been growing more sensitive to these issues, which help allay some of these biases over time.

Is there a value gap in the industry that needs to be talked about?

Unlike other functions, communication roles across industries lack a certain degree of standardisation. On the positive side, the reason could well be our innate flexibility or the fact that communicators are involved in pretty much all aspects of business in most industries. It could also be due to multiple sub-roles (PR/Marcom/Public Affairs/Internal Comm, and these days CSR too) being tucked into the general term “communications professional.”

While for an insider this is pretty clear, it does lend a degree of ambiguity to someone outside the function. Variations exist, but largely there is a clear understanding of what the role entails. Not so with us. This results in wrong hiring, wrong expectations, and lack of standard competence levels across the same experience range.

Bigg Boss helped us consolidate our position in the top 3 GECs: Manisha Sharma
23 hours ago 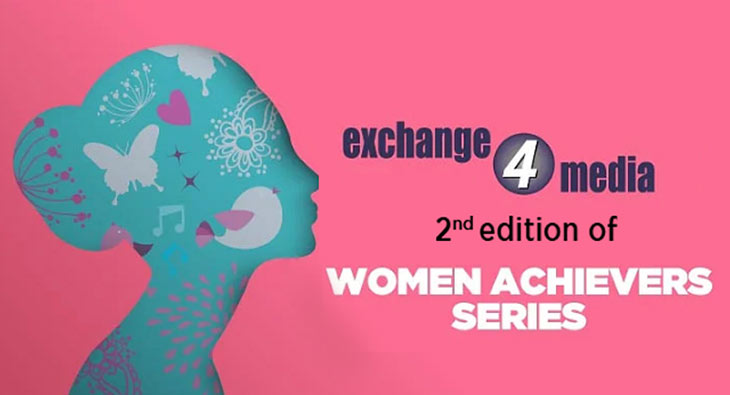 pr-and-corporate-communication Outlook for 2021: PR and Communications industry
3 days ago