Madison World has appointed Gautam Kiyawat as Group CEO, Madison Media. Kiyawat comes from Research in Motion and will join Madison on May 1, 2012

Madison World has appointed Gautam Kiyawat as Group CEO, Madison Media. The announcement was made just as Punitha Arumugam was completing her notice period with the company on March 30, 2012. Kiyawat comes from Research in Motion, where he was heading the company’s APAC marketing operations, based in Singapore. Kiyawat takes charge of Madison from May 1, 2012.

Speaking to exchange4media on the mandate charted for Kiyawat, Sam Balsara, Chairman and Managing Director, Madison World said, “Gautam’s mandate is to lead Madison boldly into the future without fear or favour. It is to lead and shape our clients’ thinking in media in the new, over-communicated and selfish society. And it is to establish systems and processes that do justice to our new ‘iEngine’ positioning.”

Kiyawat’s experience has seen him work on the advertiser side, the media owner side and also set up AdVerb, an online media agency focussed on Rich Media.

Kiyawat’s appointment marks infusion of new talent at the senior level in the Indian media agency business. Balsara observed, “For the past year, we have focussed on bringing diversity of talent into Madison Media. I am delighted that we have been able to convince Gautam, a person with such a rich and diverse background covering marketing, communication and media and with some entrepreneurial experience, which is very essential in a corporate life today.”

Kiyawat’s early experience was with Procter & Gamble Asia, where he worked as Regional Brand Manager - Asean Australasia India from June 1995 to September 2002. He then joined Philips Consumer Lifestyle as Business and Marketing Director – Asia Pacific, Middle East and Africa. In January 2005, Kiyawat moved on to STAR Network as Senior Vice President – South East Asia, Hong Kong, Pacific, where he spent almost five years before beginning his own company AdVerb in 2010.

It was only in January 2012, when he had joined RIM that owns the brand BlackBerry. 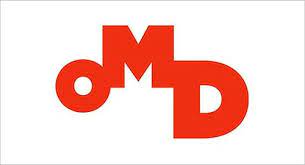