Bigg Boss 14 has come as a breather to viewers waiting for fresh content and the response has been heartwarming, shared Manisha Sharma, Chief Content Officer, Hindi Mass Entertainment, Viacom18

The current season of Colors’ Bigg Boss has registered 3.9 billion viewing minutes in its launch week, the highest in the last three seasons.

The property has also received a great response from advertisers despite Covid challenges and its impact on several businesses. The show was launched on October 3 with a total 15 sponsors (including 11 associate sponsors). Apart from the presenting sponsors - Mobile Premier League (MPL), Dabur Dant Rakshak Ayurvedic Paste and TRESemmé (powered by sponsors) and Lotus Herbals (Beauty Partner), the channel now has 14 associate sponsors for the show for both SD and HD versions.
The associate sponsors include Chings, Vicco, Greenlam Laminates, Garnier Men, Mamaearth, Somany Tiles and Lifebuoy. The associate Sponsors only for Colors HD includes Philips, MDH Masale, Fogg, Honda, Urban Company, Duroflex and LG Electronics.

“Every year we put in all our efforts to innovate and make Bigg Boss different from the previous seasons so that the viewers have something different to look forward to every time. One of the major reasons that has contributed to the growth of the show is that amidst the lockdown, Bigg Boss has come as a breather to viewers while providing unadulterated entertainment. The response has been heartwarming,” shared Manisha Sharma, Chief Content Officer, Hindi Mass Entertainment, Viacom18.
Some of the aspects that have worked for Bigg Boss are the new elements that the channel has included this year - namely the BB Mall, Spa and Cinema Hall - all inside the house for the very first time. In this season, the show also added a twist in the very first episode by introducing ex contestants/winners of Bigg Boss – Gauahar Khan, Sidharth Shukla and Hina Khan that was very well received by the audience given the former contestants’ experience of the show and fan base. The core theme of the show “Bigg Boss Dega 2020 Ko Jawab'' has created an excitement amongst the viewers.

Sharma further said that there are many more interesting twists and surprises planned in the due course that will keep the audience hooked on to the show.

Even though the show could not make it to the top five shows in its first week, media experts predict that the show has impacted little bit due to IPL but is likely to garner more ratings in the coming weeks. Also, once IPL is over Bigg Boss will gain further.

Karan Taurani, Vice President at Elara Capital, opines that this is a good growth in line with expectations as audiences were hungry for fresh large scale non-fiction content since the lockdown.

A senior media planner shared that the shows like Bigg Boss have sticky content and have a spicier side to it when compared to other big ticket properties like IPL and KBC. “Everything from the content to the anchor attracts the viewers towards the show. Brands also exploit this opportunity in terms of integration and developing and affiliation with consumers based on the longish format of the show,” he said. 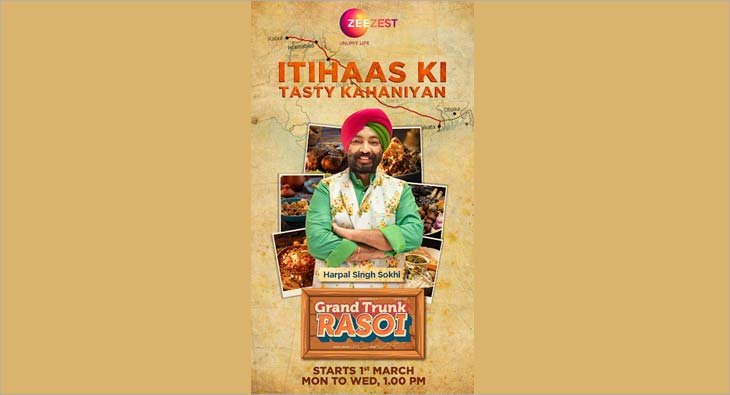