Industry insiders say that while the boost in viewership in the regional genre has definitely led to a hike in ad volumes, ad rates leave much to be desired.

Regional is the new national is something that everyone is talking about. Language channels are making their presence felt and the buzz is that they will drive the next wave of growth in television. But while the regional success story has become the talk of the town and opened up new opportunities for broadcasters and advertisers, there is a general feeling that ad rates in the segment have not really matched up with the growth.

Industry insiders say that while the boost in viewership has definitely led to a hike in ad volumes, ad rates leave much to be desired.

Ravish Kumar, Head - Regional Entertainment, Viacom18, contends that regional TV is showing all positive signs and ad rates are going up for channels depending on the market and the growth in viewership.“Regional will definitely drive the growth. If given a choice, people would chose to watch quality content in their language,” he says.

“It's really great to have BARC as it helps bring advertisers’ interest. But monetization is a turf fight among advertisers, broadcasters and agencies and this battle will never end. However, if at the end of the day, you are delivering high ratings, you are much more cost-effective. So yes, ad rates are going up depending on the market and year-on-year growth in viewership,” adds Kumar.

Amit Shah, Cluster Head - Regional Hindi Speaking Markets (RHSM), ZEEL, feels that if broadcasters deliver on their promises made to viewers and advertisers, ad rates for them will start to grow. “The regional space is promising. We already have seven channels in Hindi speaking regional space and they are doing well. All the trends are moving in right direction and my belief is that if a broadcaster is delivering on the promise it made to the viewers and therefore the advertisers, the rates will also start to grow up. It is moving in the right direction,” says Shah.

Putting a number to the argument, Spatial Access CEO Vineet Sodhani says that while ad volumes have moved up in the range of 20-40 per, ad rates have gone up by mere 10-12 per cent.

“Not only regional GECs, there is a lot of traction in regional movies, music and news as well and ad volumes have moved up. But ad rates are not moving in similar fashion. I can say that ad volumes have gone up in the range of 20-40 per cent across genres, but ad rates have grown by only 10-12 per cent,” says Sodhani.

Even this 10 per cent growth in ad rates is not for all, says a senior media planner. It is limited to few top channels who are in the position to command such as hike.

“Rates are not really increasing in regional markets. Some individual vendors may have taken the increase. The rates might have moved up by 5-10 per cent, but it is only for the top players,” the planner said. 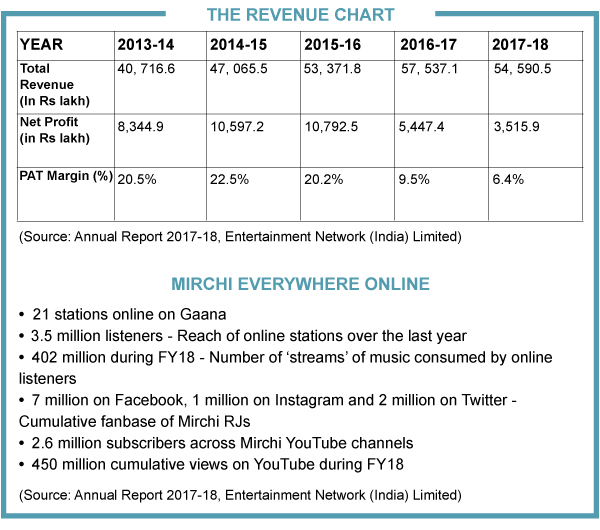 There are several factors that decide the ad rate that a channel would command. It is not simply decided by agencies or advertisers or broadcasters. Ad rates depend on certain benchmarks such as CPRPs (cost per rating points), ERs (effective rates) or the competition in the market.

Explaining the dynamics, Sujata Dwibedy, Executive Vice President, Carat India, Dentsu Aegis Network, says, “With each market having multiple channels, the rates are not set by the agencies or advertisers, but by the benchmarks-- CPRPs (cost per rating points) or ERs (effective rates), competition in a market and the contribution of a particular market to the overall India market. Other factors such as GRPs (gross rating points) also play a role,” says Dwibedy.

So, with so many factors at play, Dwibedy feels that there is little scope for a newly launched channel to beat the ratings of the existing channels immediately and command a good ad rate. She advises, “New channels must initially price its slots slightly lower than other channels in that space. This will ensure that they figure in the plan of the advertisers. Once established, they can ask for an increase in ad rates.”

But she cautions, “However, the market benchmarks get stabilised and set for the advertisers, so it is very rare that channels can demand anything higher. While audiences may be happy watching the content, agencies and advertisers don’t believe in breaking benchmarks. And so new channels have to go through the full cycle of establishing itself and carving its niche to at least demand what the leaders in the market charge. It is rare that they would be able to charge very high rates in the beginning.”

“When a new channel is launched in any market, both broadcaster and advertisers expect it to attract new viewers due to differentiated content, which could possibly lead to an increase in the total viewer base in that market. That’s why apart from new content, these launches are backed by huge multi-media marketing plans. If the new channel adds significant new viewers to the total viewer base of that market and some of its programmes become top shows of that market, it is likely that the channel can get better average ad rates as compared to other existing channels,” says Sharma.

“Given a choice, people would chose to watch quality content in their language,” as pointed out by Ravish Kumar. Also, television in India has the highest reach. And from a CPT (cost per thousands) perspective, it is the cheapest media. These reasons fuel the interest of broadcasters and advertisers in the regional genre and probably explain the recent spurt in the launch of several new channels such as Sony Marathi, Zee Malyalam and Colors Kannada.

The launch of new channels and a wave of popular reality shows being adapted for regional audiences has led to a 32 per cent increase in language viewership in 2017. The Star TV network re-launched its Telugu bouquet of channels in June 2017 under the Star Maa umbrella, with fresh branding and shows. The increasing demand for regional content was further affirmed by Star deciding to telecast the regional feeds of IPL in 2018. The result was a 22 per cent increase in the viewership of IPL in regional markets in 2018.

Also, advertising on regional language channels has witnessed an increase this year compared to the last year. The number of insertions in Bhojpuri channels increased by 54 per cent, followed by Bangla channels which saw a growth of 39 per cent, and Tamil channels with 22 per cent increase.

In February 2018, Viacom 18 entered the Tamil GEC market with Colors Tamil. At the time of the launch, the channel was available across 11 million households in Tamil Nadu and had 22 hours of weekly original content. Later, the network also announced the launch of a movie channel for the Kannada market.

In FY’18, regional and Hindi GECs continued to be the leading genres in terms of advertisement expenditure. However, AdEx on Hindi GECs declined by 9 per cent in FY18 as compared to an increase of 5.4 per cent in the AdEx on regional channels, outlining the overall growth of the regional market in India.

Partha Dey, COO, Dishum Broadcasting Pvt Ltd (a free to air Bhojpuri GEC), says, “Ad rates are definitely going up and we can see the spike. In markets like Bihar and Jharkhand, the rates are improving by each passing day. Also, if you are a national broadcaster and are ranked among the top few, you can demand higher rates from national advertisers. The rates are also based on your operational year in the market.”

Krishna Kumar, Consultant at Kerala Vision, adds, “Various factors such as content of the channel, positioning of the channel in the market and placement in the network decide the rates. Ad rates also vary from market to market. Many regional channels, especially in the south, is based on a combination of perception and relationship than numbers. But for the same channels, revenue from the national market is more on the basis of numbers such as GRP vs CPRP, reach, programme performance, etc.

“An increase in the ad rate is possible with a better channel/ programme performance and the perception of the channel,” he added.

(With inputs from Neethu Mohan)

media-tv iPlus TV not authorized to be downloaded in India: MIB
1 week ago