Preliminary inquiries were ordered in 15 cases

The Ministry of Information and Broadcasting (MIB) and its media units received 173 fresh complaints from different sources during the period from April 1 to December 31, 2020, as per the FY21 annual report of the ministry. The MIB's Vigilance Wing ordered preliminary inquiries in 15 cases.

“During the period from April 1 to December 31, 2020, 173 fresh complaints were received in the ministry and its media units from different sources. These were examined, and preliminary inquiries were ordered in 15 cases,” the MIB noted in its annual report for 2020-21.

In addition to this, the ministry said that preliminary inquiry reports were received in 35 cases (current and old). Furthermore, regular departmental action for major penalty was initiated in four cases and for minor penalty in six cases. “Minor penalties have been imposed in 11 cases during the period, and administrative actions have been taken under relevant provisions of the rules in 60 cases. Two officials were placed under suspension under relevant provisions of rules.”

During the period under review, 23 regular and 10 surprise inspections were carried out by the vigilance wing. In addition, a total of 20 areas and 82 persons have been selected for being kept under surveillance in the different media units/Main Secretariat of this Ministry. A week-long Vigilance Awareness Week was observed by the Ministry of I&B and its Media Units from October 27 to November 2, 2020.

The vigilance wing of the ministry functions under the overall supervision of the Secretary, I&B. The Wing is headed by a Chief Vigilance Officer (CVO) at the level of Joint Secretary/Additional Secretary, who is appointed with the approval of Central Vigilance Commission (CVC) out of one of the Divisional Heads of the Ministry. CVO, M/o I&B is assisted by Deputy Secretary (Vigilance), Under Secretary (Vigilance) and a Vigilance Section.

Concerted efforts were made to streamline the procedures in order to minimize scope for corruption. Regular and surprise inspections were carried out by senior officers to ensure proper observance of rules and procedures. Efforts were also made to rotate the staff posted in sensitive positions.

Further, the MIB received 1,385 applications and 166 appeals during the period from January 1, to December 7, 2020 at RTI Cell and all the applicants have been replied suitably. MIB received 1,037 online applications and 122 appeals. An amount of Rs 7,534 has been received as application fee/information charges/inspection charges for the period from January 1, to December 7, 2020. Apart from this, RTI Cell also attends to all RTI queries received from visitors.

The Citizen’s Client’s Charter of MIB includes Twelve main services which are being provided by the ministry directly to its stakeholders. These include: 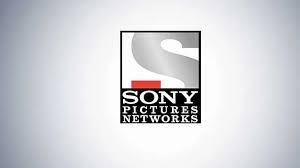 media-tv Coming soon: Broadcasters may announce new pricing as per NTO 2.0 by Oct 15
1 day ago