Going by the BARC numbers, the COVID-19 lead lockdown has resulted in as much as a 200% hike in news viewership. To talk about the genre’s growth and standing out in a cluttered world of news, Barun Das, CEO, TV9 Network, connected with Naziya Alvi Rahman, Editor, Exchange4media, for an e4m webinar.

When asked about the TV9’s journey since the lockdown, Das said that his channels braved the risk to perform their duty as the fourth estate of democracy. “The pandemic has affected the entire world. At the end of March, people were still grappling with the new reality and nobody had a clear idea about the situation. Being a news channel, we were an essential service. We couldn’t sit at home, and the entire team, including myself, came to the office every day. As a leader, I couldn’t come to terms with me sitting in the security of my home as our reporters and support teams were exposing themselves to an unknown risk. At the same time, we communicated to our team that it was their choice to be part of the media industry and this was the time to live up to the occasion. It was a challenging situation for us but our focus was to be true to our identity as the fourth estate of democracy. It was our responsibility to communicate the gravity of the situation to the anxious people sitting at home”, he said.

He added that he made sure his employees follow all safety directives issued by the government like wearing a mask and following social distancing. The manpower was also divided in two halves and each worked in shifts, but despite that, around 80 employees of the organisation were tested positive for coronavirus.

Das informed that due to rising number of cases, their studio was sealed for two days at one point of time, and the staff had to go into quarantine. He said, “We have set up a parallel office in an auxiliary space next to us. During the time, our office was sealed for 48 hours, we worked from there. But through ups and downs, we lived up to the occasion.”

During the pandemic, TV9‘s Bharatvarsh emerged as one of the market leaders with 10% of the market share. When asked what contributed to the growth, Das highlighted content, promotion, and distribution, as the three drivers of growth in viewership.

“We were lucky that our re-launch that was supposed to happen in January got delayed till the first half of March. Though we had to cancel the outdoor promotions, we heavily advertised on digital and local channels. With the re-launch, we also improved the look and feel of our channel, and I believe our channel is one of the best looking channels in Hindi news. Another thing that worked in our favour was, people naturally sample different channels and when they sampled us, they liked and stayed," he said.

He added that their choice of content also worked in their favour. “In terms of content, we focused on Covid-19 in a structured way. We also identified China as a global enemy in early April and focused on it. Our third focus was overall global news. You’d be surprised to know the hunger for global news in the Hindi speaking market. We had a global perspective in our coverage, which worked for us. With ratings coming within seven days, it gave us a fair idea about what worked and what didn’t”, said Das.

As per Das, the fragmentation in the market is not the reason behind it. He said, “Fragmentation is not responsible for undervaluation. Primarily leader should drive the rate. Somebody has to take a bold step and increase the rates despite the temporary loss in revenue.”

He added, “The top three in any genre will comfortably be viable in terms in business. Players at 4th and 5th, if they manage their cost well, would be able to make a sense out of business. Advertisers won’t look at the rest. In regional channels, advertisers won’t even look beyond number three. In national, because the affordability of the advertisers varies, you still have advertising viability till 7th or 8th spot. That does create little pressure on advertising rates because advertisers may go to a cheaper option.”

At a time when most networks are cutting costs, TV9 is expanding the team and recruiting people. Das explained the strategy, pointing out that recession is the best time to become judicious about investment without cutting down on spends completely. “I saw two recessions in my career -- one after 9/11 and the other in 2008. Fundamentally, during the recession, if you can afford it, your any expansion comes cheaper. You got to differentiate between expense and investment, and investment come cheaper during the recession. We were supposed to launch two new regional channels but held back the launches. But, we are moving ahead with our digital expansion as digital revenue is just the tip of the iceberg that’ll grow in the near future. We want to leverage the high news appetite for news that’ll continue to be in the country for next one year”, he said.

TV9 is also re-launching their Bangalore-based English news channel as a web channel by the beginning of October.

Talking about the importance of the regional market, Das said that regional has always contributed to growth in television. “It has been propelling the growth only in news but also in GEC. There is a propensity of content in mother tongue and it’ll continue to grow,” he said.

As per Das, Hindi is currently the largest market for them, followed by regional markets. “Till last year 95% of our revenue came from the regional market. This year it comes down to 70%. But we have 4 regional channel and one Hindi channel so, the ratio of Hindi is more”, he concluded. 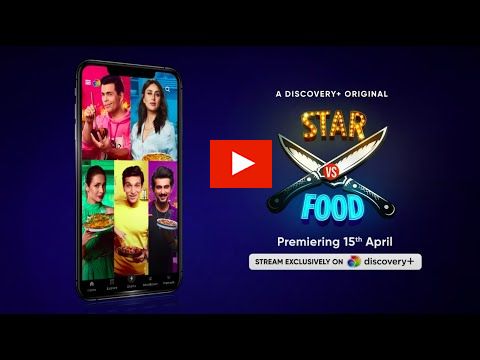