Eagerness to derive maximum benefits from digitisation & usage of 'flanking' as a strategy to beat competition are the prime reasons for growth in channels, say media analysts

The Indian economy is hurt at 4.5 per cent, while the CAD is at 4.8 per cent. The Rupee has devalued by more than 17 per cent in three months and the market sentiment is at an all-time-low.

In such a scenario, surprisingly, we see in the broadcasting industry, networks are launching more and more channels. ZEE recently launched &Pictures, a movie channel, and a GEC called Anmol. Times Television Network (TTN) announced the launch of channel Romedy Now. And, media critics anticipate more channel launches by the end of the year.

In the times of slowdown, when other sectors are curtailing spends, what is prompting the broadcasting industry to go on a spending spree?

Experts predict two prime reasons. Most of the channels, which are launching today, have been in the developing stages for the past one year. Experts we spoke to, mentioned that various transformations that have taken place in the industry have made broadcast a very active sector to invest in.

Digitisation boon
The prime reason, which media critics and analysts are claiming, is the post digitisation effect. Most broadcasters are aware that digitisation will start reaping benefits in the near future, and as carriage fee steadily goes down, it would become easy for networks to play more channels.

“Networks usually plan launch of new channels after deep introspection. Post 10+2 ad cap, value of inventories is likely to go up. As DAS progresses, carriage fees is likely to come down. Most broadcasters would like to reap the benefits from this. They are banking on digitisation as it would give more subscription revenues in the future,” said Amit Patil, Media analyst, Angel Broking.

As more and more KYC forms are being filled, broadcasters also see transparency and accountancy steadily coming in.

The second question is, ‘where is the capital for such expansion coming from?’

Patil stated, “Robust broadcasters are expanding in this phase. Small broadcasters or ones with low cash value are only maintaining their margins. TTN and ZEE are cash rich broadcasters.”

What is surprising is not the channel launches, but the timing of the same. Media planners are maintaining that the move is generally done to increase inventories.

Flanking the competition
Another reason media critics mention is flanking strategy adopted by channels. Networks are keen to bank on the first mover advantage as that would give them more numbers in the future. As carriage fees start going down, albeit slowly, channels start launching channels with a difference. Like &Pictures claims to be the ‘first interactive movie channel of India’, while Romedy Now claims to have a ‘blend of comedy and love like never before’. HBO Premium, the English movie channel, and few others have offerings that are purely subscription-based, unlike most ad-driven channels.

Pradeep Iyengar, President, EMM India, said, “I consider this to be a ‘flanking’ effort by broadcasters. It is a strategy that helps them in keeping competition at bay by playing the first mover’s advantage. Launching a first-of-its-kind channel in these times helps them in the long run. The value of inventory is anyway going up and increasing the volume is not very significant as some may see it. Most niche channel are likely to benefit from the drive as they are the ones to gain more after digitisation benefits start kicking in. HBO has launched its pay service premium property, which is ad free. That is another example.”

What broadcasters say
Interestingly, when we spoke to broadcasters on the reasons for expansion, they vehemently denied any role of digitisation or its benefits in the near future, to be considered for new launches.

Sunil Lulla, MD and CEO, Times Television Network, which recently launched Romedy Now, said, “We are launching Romedy Now because there is a big opportunity in the English GEC sphere. Never before comedy and romance has been blended so well. The positioning of the channel has been done to cater to this need of market.”

When asked about digitisation, Lulla said, “Digitisation is a completely different issue and the two (digitisation and launch of the channel) should not be mixed. The benefits of digitisation are still to be seen in terms of carriage fees or subscription revenues. It is a big process and has just started; we cannot assume it has been done and will start giving out benefits.”

A senior official from ZEE, who asked not to be quoted, said, “Benefits from digitisation is the long-term objective. Channels are expanding to capitalise on the market sentiment. Coupled with this, the ad inventories are likely to expand. Movies and GECs are ever growing genres. ZEE has been a pioneer when it comes to making the first move and that is what we are doing even today.” 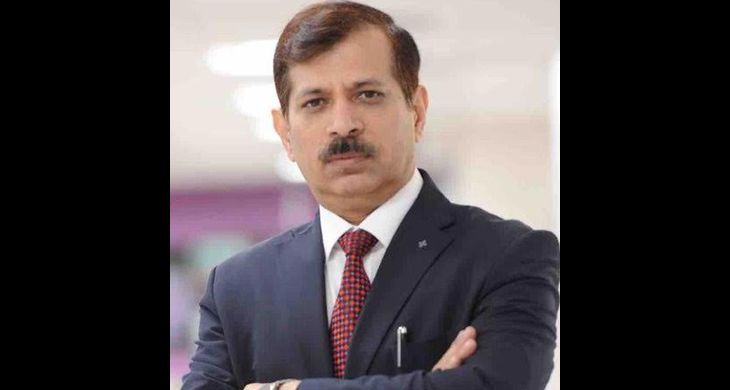