Radio is being tapped in interesting ways by financial brands. A look at how Visa, Muthoot and Kotak Life are leveraging this medium

It's time of the year when the salaried class plans its investments to save taxes. It's also the last quarter of the financial year and BFSI companies have financial and new customer acquisition goals to meet. The sector is highly active across media platforms to get the share of the pocket during the period. Considering that most of the campaigns are tactical in nature, brands like Visa, Muthoot and Kotak are using radio as a supporting medium to engage the consumer.

Most of the communication is targeted at the male working class of the metros and mini metros. According to Sanjoy Chakrabarty, Managing Partner, ZenithOptimedia, radio tends to be the most interactive medium when this population is on transit. “That’s where we see financial brands positioning response driven messages in their radio campaign. Radio also generates captive action amongst the listeners closing the loop of campaign communication,” he says.

A value for money medium

Shubhranshu Singh, Marketing Director, Visa (India & South Asia), believes that while radio is a value of money medium, it also allows brands to tailor their campaign messages phase wise with instant effectiveness. “Our current radio campaigns are completely consumer engagement driven. Our priority is to alert the ear of the consumer about the various offers that we have along with our product feature,” he says, adding, “Apart from being just a supporting medium of communication, we have used message innovations for our campaigns which is radio centric. ”

Visa is currently running two radio campaigns for its Visa Bill Pay Service and Visa Debit e-Commerce Offer. Both the campaigns have situational humour as a part of the message. While the Visa Bill Pay campaign, which ends on February 6, is currently running in Delhi, Mumbai and Bangalore, the Visa Debit e-Commerce campaign – which started from December 1, 2011 and will be on air March 31, 2012 – is being run across seven markets Delhi, Mumbai, Bangalore, Chennai, Pune, Ahmedabad and Hyderabad.

The brand is luring the consumer with promotional rewards, which range from iPods, iPads and cash back offers.

Like Singh of Visa, Cherian Peter, Chief Sales & Marketing Officer, The Muthoot Group, too considers radio as a “supporting medium”, for the brand's various big property associations and its various phase wise campaigns. “This helps as to sustain our brand message at the right time to our core consumers,” he says.

Muthoot used radio to the hilt last year too during the IPL, when it wanted to communicate its national level presence. Muthoot was the associate sponsor for the Delhi Dare Devils team. This year too, during the IPL Season-4, when it is the principal sponsor of the Delhi Dare Devils team, the brand plans to use radio generously. To promote its one per cent interest rates and other gold related products, Muthoot is planning to launch a national level radio campaign from mid-February, using its brand mascots, the two elephants, Mattu and Mittu.

Meanwhile, Kotak Mahindra Old Mutual Life Insurance, according to the company's Head of Marketing, Elizabeth Venkataraman hopes to spend about four per cent of its advertising budget on radio by the end of this financial year. The company is heavily promoting its Kotak Assured Income Plan, on radio through its 'Another You' campaign. The campaigns that will run for five weeks, is being played on FM channels across eight cities - Mumbai, Delhi, Kolkata, Chennai, Bangalore, Hyderabad, Pune and Ahmedabad.

The campaign that uses the evergreen song, 'Aap jaisa koi meri zindagi mein aaye' from the 1980's hit Bollywood movie, Qurbani, as its jingle, nudges the listeners to think of how her or his life would change for the better, if there were to be 'Another You' as a support. 'Another You' is a personification of the plan, which can also be dubbed as the ‘identical twin’ that steps in to lend a financial helping hand and shoulder one’s responsibilities.

Considering that an insurance plan has tax rebate benefits too, the company has strategically chosen the period to lure the consumer. 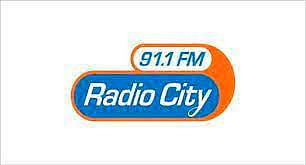