While it was being said internet would kill the print, the Indian Readership Survey (IRS) Q1 2019 data has shown that growth of both mediums have complimented each other. A comparison of numbers between the 2017 and 2019 IRS reports clearly shows that the growth of print has been consistent.

As for the number of internet users, the IRS 2019 figures, released by the Media Research Users Council (MRUC), shows the percentage of 12+ individuals who have accessed internet in the last one month has increased to 24 per cent. In the case of IRS 2017, it was 19 per cent for the same period.

The next set of numbers is about the growth in online readers. The report says that in the last one month of IRS 2017 newspapers read online across India was 4 per cent while the latest data shows that it is now 5 per cent for the same period. 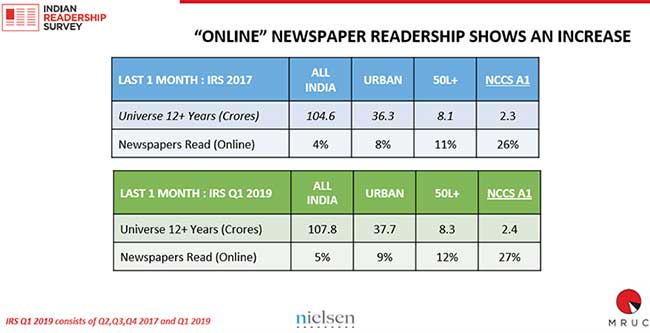 Meanwhile, we also found that there has been a similar growth in the Average Issue Readership. 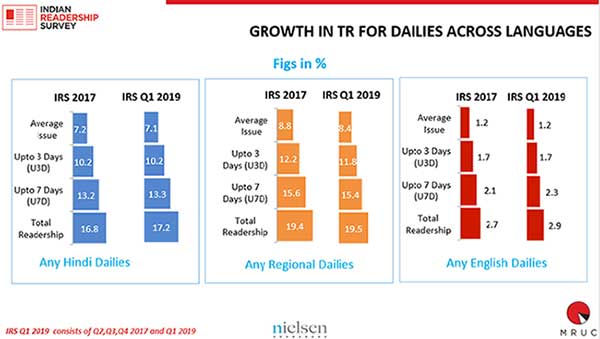 HT Media back in black in Q3 due to festive season, cost cutting
2 days ago

media-print HT Media back in black in Q3 due to festive season, cost cutting
2 days ago