Speaking to analysts during the Q2 FY21 earnings call, the company also discussed NTO 2.0 impact on its subscription revenue and noted that its OTT platform ZEE5 may break even by FY24

Media conglomerate ZEEL has said that its ad revenue is on an uptick due to the growth in ad spend by advertisers buoyed by growing consumer demand. The company expects Q3 FY21 ad revenue to be on par with the third quarter of the previous fiscal.

Speaking with analysts during the Q2 FY21 earnings conference call held on 2nd November, ZEEL CFO Rohit Gupta noted that the ad revenue situation is improving with each passing month and Q3 FY21 is expected to be at the same level as Q3 FY20. The third quarter is important for broadcasters due to the festive season.

“Each month has seen an improvement over the previous month and we expect to reach last year's levels in Q3, which will set us up nicely for driving growth in the next fiscal. During the quarter, most of our advertisers have seen a strong rebound in demand for their products and the festive season has started on a good note. This should translate into healthy growth in ad revenues going forward," he said.

ZEEL's advertising revenue during Q2 was down 26% compared to the 66% degrowth in Q1.

"So, on NTO 2.0, at this point in time there is really nothing which we can share and the court has reserved the verdict and we are awaiting the verdict. As far as growth for the year is concerned what has happened is when we implemented NTO 1.0 we had a complete blueprint that how we will take up our pricing and how product launches will happen over a period of time and how we will drive our subscription revenue, and in fact what you saw over last year that in the third and fourth quarter we launched four new channels. So that was also a part of it," Shah said.

She further explained, "Now because of NTO 2.0 all the plans of our bouquet as well as taking up the pricing is on hold and that is the reason why subscription revenue for this year would be impacted on the domestic broadcast side; on the digital side, subscription revenue continues to grow at a healthy rate. So once this NTO 2.0 is done and probably let’s say maybe a quarter of disruptions which would actually go back to healthy growth which we have been delivering over the last several years."

Shah also said that the domestic subscription revenue growth in FY21 would be difficult as NTO 2.0 has effectively led to a freeze on channel pricing. "But going forward, what we have guided about low double-digit to low-teens is quite possible. But NTO 2.0 should be out of the way, it should have been implemented or it should be disposed of, whichever way. Under both the scenarios we should be able to drive our growth significantly."

ZEEL MD and CEO Punit Goenka said that its video streaming platform ZEE5 is expected to achieve break-even in FY24. Launched in February 2018, ZEE5 was hoping to break-even in five years by FY23.

"It’s a double-edged sword because we are forecasting for so much ahead, it’s difficult to say whether my assumptions in 2018 are still valid but certainly the revenue and the things are tracking very well. In terms of our strategies, we will still focus that FY24 we exit the year with the breakeven kind of a number but overall, it may be delayed by about a year from the first forecast that we had given in 2018,” he stated on being queried by an analyst whether the company will stick with the original break-even plan for ZEE5.

Gupta disclosed that the revenue and EBITDA loss of ZEE5 for the quarter was Rs. 989 million and Rs. 1.90 billion respectively.

As per ZEE5's internal data analytics, the global MAUs and DAUs for the month of September were 54.7 million and 5.2 million respectively. During the quarter, ZEE5 released 25 original shows and movies.

"With the return of TV content and original shows like Abhay, Mafia, and Lalbazaar, consumers spent an average of 152 mins on ZEE5, a growth of 36% over Q1," Gupta noted.

Goenka stated that the ZEE5 revenue for the quarter is up only 4% because one of the telco deals came to an end and the company did not renew it post August. "Therefore, we will have to make up that revenue through our B2C plans and not through the Telco fixed-fee model basis."

He further stated that a B2C deal offers richer data which results in better monetisation. "In terms of the Telco deals, the data is restricted because of the secrecy laws etc. which are now prevalent. In a B2C deal, the data that we get is far richer and therefore much better for a monetization perspective."

On the broadcasting front, Goenka disclosed that the company is working on its content pipeline to regain lost market share in Marathi and Bangla. "Obviously, the current pipeline seems jaded to the viewers and therefore they have chosen to go and consume more on the competition. But the good part is we have not lost reach on the channel as yet so therefore we will have to go and revamp the content there. As you will see in Bangla, we have already seen the recovery happening and, in a month, or two itself, we will see significant recovery also taking place. For Marathi also I expect the next quarter or two, the recovery will come back."

On the subscription receivables from Dish TV and Siti Networks, Goenka said that the company has collected the receivables from Siti relating to the revenue in the first half of FY21, but it has failed to pay subscription overdue in accordance with the payment plan agreed by it due to various challenges including COVID 19 and pressure to prioritise lender payments.

"Further on account of accelerated payment demands by some of the DSRA backed lenders due to delay in restructuring by Siti, and their failure to renegotiate extended repayment terms, the Company has provided for the DSRA liability of Rs. 97 Cr as of 30th September 2020. The provision has been made as a prudent measure and the Company will take necessary steps to recover these dues," he added.

Dish TV, he stated, has been making payments in line with the plan submitted by them. "As per the plan, Dish is paying every month’s billing plus a part of its arrears. I would also like to highlight that Dish TV’s financial position has significantly improved over the last six months and consequently, its debt rating has been upgraded several notches to A4 from D in the month of February by CARE. As a result of the improved financial position, we expect Dish TV to accelerate payments, and arrears are likely to come down further by end of the fiscal. At present Dish TV’s outstanding stands at Rs 4.98 bn, compared to Rs 5.84 bn at the end of FY20."

The Mavericks wins communications mandate for Ultraviolette
19 minutes ago

Tata Sky Binge onboards EPIC ON and DocuBay
58 minutes ago 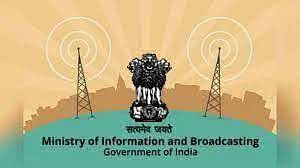