Vishweshwar Bhat, Editor-in-Chief of Vishwavani, told exchange4media the story was source-based and statements of CM H D Kumaraswamy and Nikhil Kumaraswamy were published

The report stated that Nikhil Kumaraswamy, who has lost the Lok Sabha election at Mandya to Sumalatha Ambareesh, created a ruckus at a hotel in Mysuru on 23rd night.

According to the report, Nikhil shouted at his grandfather H D Deve Gowda, former Prime Minister and JD(S) Chief, holding him responsible for his defeat in Mandya at the hands of a woman. 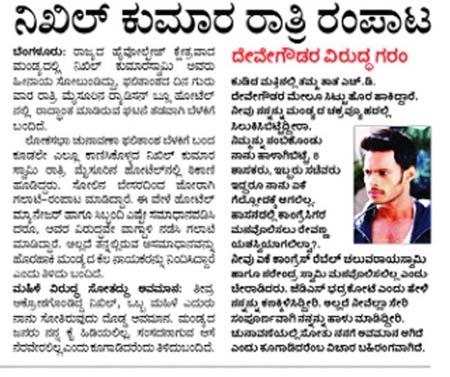 Sumalatha Ambareesh has become the first woman Independent to be elected to the Lok Sabha from Karnataka.

According to media reports, a complaint was filed against Bhat at Srirampura police station by Pradeep Kumar, an official of the JD(S) legal cell. The police have registered an FIR under IPC sections 499, 500 501 (Defamation), 504 (intentional insult), 506 (Criminal intimidation), 420 (cheating), 406 (criminal breach of trust), 468 (forgery for purpose of cheating).

Speaking to exchange4media, Bhat said, “It is highly condemnable and reminds me of the dark days of Emergency in Karnataka. I have been an Editor for 19 years. I have never been charged under any sections of the IPC. If the news content was a problem, they could have challenged it in the court of law rather than framing me with false complaints. I have been framed under 8 different section of the IPC, which is uncalled for.”

“My intention is not character assassination. The story is a source-based one and statements of Kumaraswamy and Nikhil Kumaraswamy have been published as well. I stand by my story and I will fight the case out. The support I am getting from the media fraternity is overwhelming,” he added.

Vishweshar Bhat, who is an author of 67 books, has worked as former Editor-in-Chief with Vijay Karnataka, Kannada Prabha and Suvarna News.

In the wake of this development, #EmergencyinKarnataka has been trending on social media since Monday evening. 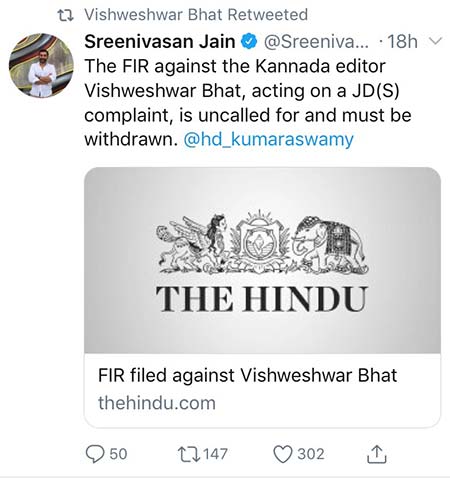 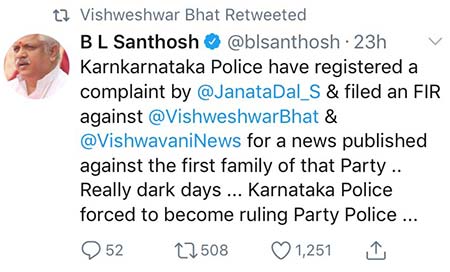 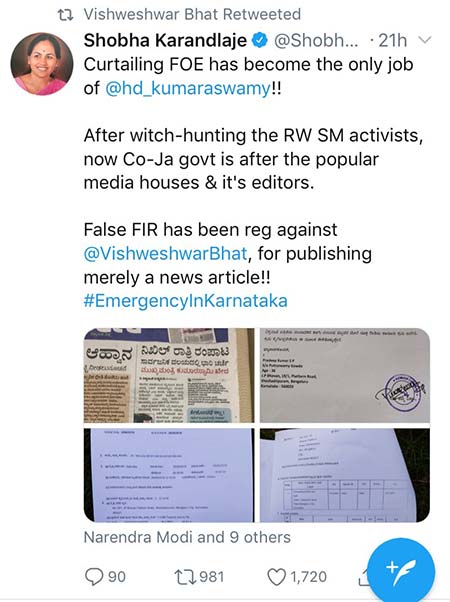 ​India Today confirms shutting down of Mail Today
8 hours ago

We are focusing on news & GEC genres for our communication: Shashank Srivastava
15 hours ago

Can Microsoft buyout be the way forward for TikTok in India too?
16 hours ago

I am very disappointed by news channels: Sam Balsara
1 day ago

Mail Today to shut shop on August 8?
16 hours ago

​India Today confirms shutting down of Mail Today
1 day ago