The Mathrubhumi Group has launched a campaign ‘Kerala’s Festival, India’s Opportunity’, informing advertisers that Kerala is back in Business with consumers looking to purchase

Every year, Onam kick starts the Indian festive season – a time of celebration, when advertisers’ release campaigns to get their share of the consumers’ wallet. This has resulted in Onam becoming a broad indicator of consumer sentiment, the monies spent by brands and their impact on the overall adex and the larger economy. However, this year, the Covid-19 pandemic brought the whole world to a standstill. The resultant lockdown and the impact of the pandemic saw advertising and consumer spends being curtailed. In addition, celebrations and festivities have either been cancelled or muted to ensure safety.

To boost festive sentiments, the Mathrubhumi Group has launched a campaign, ‘Kerala’s Festival, India’s Opportunity’, targeting key stakeholders -- the advertisers and media agencies. The campaign places Onam, which will be celebrated from August 30 to September 2, as the first major consumer spending and advertising opportunity for India this year.

Kerala is Back in Business

Speaking about the genesis of the campaign,  Sunil Ramachandran, AGM, Media Solutions (Mathrubhumi - Print), says, “Kerala has been taking proactive measures to tackle the spread of Covid-19, and its excellent public healthcare system has come to the forefront. What all this essentially translates to is that this year, more than ever before, there’s a perception, and rightfully so, that Onam in Kerala will be a precursor to the start of festival season in India. Thus it represents 2020’s first major consumer spending and advertising opportunity for the country as a whole.”

Explaining the creative brief, Francis Thomas, Creative Director, Maitri Advertising Works, says, “The brief was crystal clear – we had to get across the message that Kerala is open for business and Onam is the best opportunity that India has had in a while - in terms of festivities, consumer spending, and advertising - considering the way things have been going in the first half of the year. Not just deliver the message but also get advertisers and media planners charged up and enthused about the wisdom of allocating a major part of their budgets for the year towards advertising in Kerala.”

Also Read: Mathrubhumi - the best bet for advertisers this Onam

Though ‘Kerala’s Festival, India’s Opportunity’ is a Mathrubhumi group initiative, each vertical – the flagship Mathrubhumi paper, the TV channel Mathrubhumi News, radio network Club FM and the digital arm  Mathrubhumi.com – has adopted a distinctive approach to convey their story and their reach. So while the various creative (e-mailers and digital extensions) done for each might look different, the underlying theme and communication are the same – Kerala’s Festival is now truly India’s Opportunity.

Says Francis Thomas, “When we first visualised this, it was as a custom hand-drawn illustration featuring elements representative of the list of missed festivals that we’d compiled. We went on to choose four iconic Onam-themed shapes for the verticals as the visual carriers for the illustration pattern – Kathakali headgear, Olakuda, Pookkalam, and the elephant’s Nettippattam.”

He adds, “We further felt the underlying message while common should be tailored to each vertical, for example, Club FM being Kerala’s No.1 FM is because it keeps content fresh and mostly targeted at the youth, or for that matter, Mathrubhumi News being regularly watched is because it never compromises on delivering credible news. These messages were also important and needed to be worked into the overall communication, which is why it comes across as each vertical having taken a distinctive approach.”

Also read: We are quite optimistic about the market’s revival during Onam: MV Shreyams Kumar

On his part, Sunil Ramachandran says, “The key takeaway for advertisers and planners is now is their time to make up for missing 2020’s major festivals. Kerala is presenting them with an opportunity, sort of like a second chance at 2020 and one not to be missed. We’re also leaving them with a note of positivity, which clearly comes through in the smiley video created specifically for this campaign. It leaves the viewer with a lot of hope that things are indeed getting better and it’s time to act.”

Advertisers also benefit from Mathrubhumi Group’s 97-year-old presence in Kerala and the Group’s strong bond with Malayalees, to help brands unlock their fortunes this Onam. The media group is also emphasizing that normal business has opened in state and consumers are looking at the purchase products across categories.

Sunil Ramachandran says, “The fact of the matter is that a planner or advertiser outside Kerala often doesn’t realise the ground realities. While it’s true that the pandemic is not about to go away overnight, things have been steadily improving here, and in fact, sectors like banking, IT, insurance and retail have been bouncing back. There’s also another angle to this, which is basically the return of expats from the Gulf countries to Kerala. What this essentially means is more consumption – be it media or retail, and that’s something brands need to take cognizance of.”

He also states that the company is relying on hard facts to back their stance adding, “We took a multipronged approach, priming clients in the lead up to the campaign by way of videos and other messaging leveraging actual consumption data gathered by the sales team and also showing them consumers actively purchasing in shops and stores across Kerala. This makes brand managers and planners more receptive to our campaign, and it also reassures them that none of this is an advertising gimmick. Onam is indeed the best opportunity before them right now.”

Building a strong connect with brands and consumers
22-July-2020

Mathrubhumi - the best bet for advertisers this Onam
22-July-2020

We are quite optimistic about the market’s revival during Onam: MV Shreyams Kumar
22-July-2020 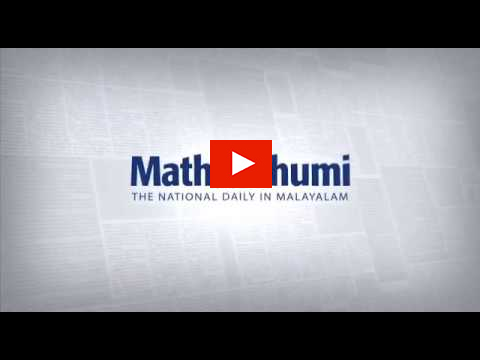 mathrubhumi We are quite optimistic about the market’s revival during Onam: MV Shreyams Kumar
22-July-2020