Partnerships are the bedrock of the media and advertising industry; brands today look at their creative and media agencies as partners. It is a symbiotic relationship that has built the M&E industry to what it is today. Interestingly, while our list has achievers from media, creative and digital agencies and platforms, the importance of design was highlighted by the jury and Mayuri Nikumbh of Elephant Design makes it to the list. Also a special shout-out to Rohit Dubey from Ogilvy, who changed the notion that patents and copy-writers don’t belong together. The truly innovative Dubey designed and patented CEAT Safety Grip for women’s safety, which CEAT now mass produces and sells on Amazon India.

IMPACT from the exchange4media Group launches the first edition of its ‘40 Under Forty’ list to recognise extraordinary achievers who are 40 years of age and below in the Indian Media, Marketing and Advertising industry. Below are the creative wizards whose innovative efforts have defined brands. 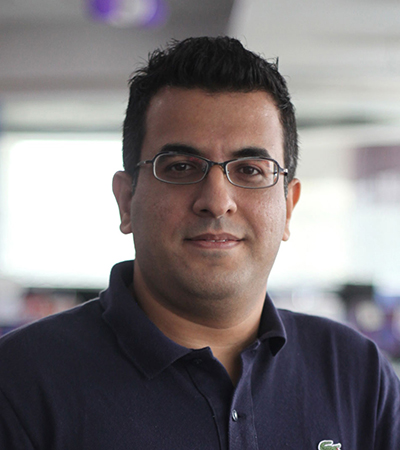 “Moving into the Branded Content space at Mindshare three years ago was definitely a career changing move,” says Ajay Mehta, Vice-President - Content+, Mindshare. And what a move it turned out to be for the man at the helm of the much applauded campaign, ‘The Brooke Bond Red Label 6-Pack Band’. The campaign - a game-changer in the branded content space - won the Glass Lion Grand Prix at Cannes in 2016, but the real icing on the cake was when the band got global recognition the following year, when they performed on the same stage at Cannes.

Heading Content+ for Unilever India, Mehta manages a portfolio of nearly 45 brands at HUL across Personal Care, F&B and Home Care and is responsible for providing innovative and effective Branded Content solutions. With his task clearly cut out – to make content mainstream, inspiring and part of everyday conversation at a local and global level within Hindustan Unilever and Mindshare, Mehta has managed to do just that through bold story-telling.

One such example was his conceptualisation of India’s first Content Day - a marketplace where top content creators and story-tellers showcased and pitched their best work to the HUL Brand teams.

Mehta’s firm belief that ‘India must inspire the world’, has seen this initiative being exported to other Unilever markets of South East Asia and AAR (APAC, Africa, Middle East, Turkey, and Russia). In fact, Content Day gave birth to iconic campaigns like the 6-Pack Band, Dove Change the Rhyme and The Kissan Tiffin Timetable.

Mehta was also responsible for the Lux Golden Rose Awards 2017, the largest IP created for HUL till date, and the Close-Up Paas Aao campaign, which saw the creation of a music video in collaboration with T-Series, featuring Armaan Malik, Sushant Singh Rajput, Kriti Sanon and Ahmed Khan, which garnered a staggering 60 million views.

Success Mantra
Strive for simplicity in whatever you do! 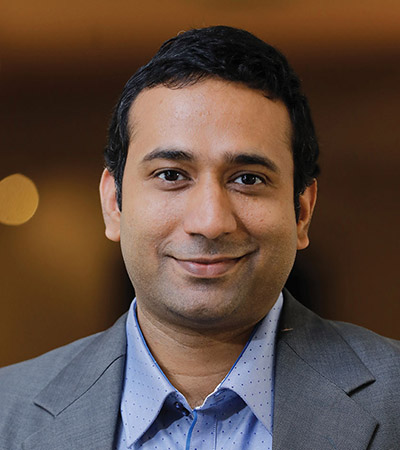 Sairam Ranganathan, or Sai as he is fondly called, currently leads Team Vodafone at Wavemaker India and manages a team of specialists in media, digital, data, content and technology to drive outcomes for Vodafone. “A big Star Wars fan”, Ranganathan started his professional journey as a ticket collector in the Indian Railways before making his way to MICA and then starting his media journey.

Ranganathan was a part of the core team which created ‘Vodafone - Unofficial Sponsor of Fans’, a campaign created for Vodafone during the IPL season. Explaining the challenges that Vodafone faced, he says that Jio was the Broadcast sponsor for IPL in 2018 and had access to IPL teams by means of sponsoring eight teams, while Airtel was promoting a Free IPL viewing offer with high SOV. On the other hand, Vodafone didn’t have high budgets, or sponsorships or an IPL team association. He says, “Playing on the insight that the ‘Biggest reason for the success of IPL remain the die-hard fans’, we worked with Vodafone to “help these fans” by creating the “unofficial sponsor of fans” campaign where we crafted a 360 degree marketing campaign. Fans were engaged through various interactive elements like FANtastic Breaks and the FANtastic AC Bus, amongst other elements. The result? Vodafone was the buzziest brand in social (higher than the sponsors of IPL). This also created a record of 25X higher interactions compared to last year, which in turn meant better brand health scores.”

Moreover, Ranganathan led the team which conceptualized and executed the multi-award winning campaign for Vodafone at EMVIES 2017, which ambushed Airtel by targeting areas where its network was weak and showcased relevant communication for Vodafone in those areas, instead.

Success Mantra
Innovate and create disruption through the concept of ‘One Big Idea for Every Brand’. 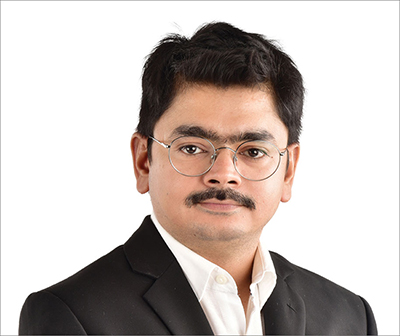 Before stepping into his new role as the Planning Head – Ogilvy South, Anirban Roy played a key role in integrating digital ‘thinking and planning’ at Ogilvy Mumbai. At the creative agency’s office in Maximum City, Roy garnered a reputation for being a team player and a ‘good trainer’; guiding the team whenever required, as the go-to man for integrated solutions. Equally competent at classic brand thinking as with digital and modern marketing, and passionate about all the brands that he works with, his ability to simplify Digital has helped the planning team understand and apply digital thinking without being intimidated by it.

In just over a year, he built a team and worked on integrated campaigns for Vivo IPL, Tata Salt and Wild Stone.

More importantly, the team won every single digital pitch they went for.

The sweet taste of success came on the back of winning the Bournvita digital pitch, resulting in Mondelez awarding the entire digital mandate for all its brands to Ogilvy India – the agency’s biggest digital win ever.

For Roy, creativity means, “Making the familiar new, and the new, familiar.” Today, it is not only Ogilvy India, but the global agency, that is familiar with his work. Proof of this, is when in August 2017, Ogilvy’s global CEO, John Seifert recognized 100 people from across the world for their work, passion and commitment, and Roy was one of the few planners on that list.

Success Mantra
Keep things simple! Avoid the trap of adding more layers, tools and channels, because the consumer is not remotely interested in being hounded by brands. 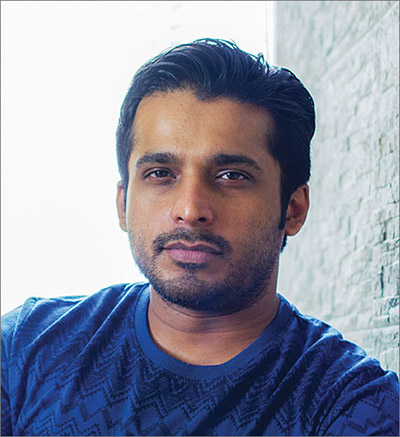 Among the work that created more than a buzz, was a work-in-progress-edit, prematurely shared by an over-excited employee, that got over 34 million hits overnight. The message Vodafone conveyed in this campaign, Vodafone #Lookup, was to tell people to keep the phones aside, which witnessed participation from over a 100 million people who pledged to have balanced phone usage. Carrying forward the baton of love for Vodafone Zoozoos, he crafted the extremely popular Ninja Zoozoos for Vodafone. The ongoing ‘Happy to help. In a click’, was one of the most loved campaigns during IPL, and clocked over 10 million views.

Dubey explains, “I am lucky to work on Vodafone where there is a legacy of great work. I have guardian angels and guiding lights. It doesn’t make the task easy, but the creative inertia built over the years takes us forward. Vodafone #Lookup, and Ninja Zoozoo’s - ‘Happy to help’ are close to my heart. However, the one which my team is really proud of, is CEAT-It helps, where we have turned things around in the shortest time, and built a great partnership with the brand.”

On CEAT, he single-handedly changed the face of the brand, making it synonymous with road safety. His campaign ‘Ceat-It helps’, has made CEAT stand head-to-head with MRF, the category leader. With 'Mr. Haath Dikhau,' 'Mr. Usain Bolt' and 'Mr.Nehlau,' his crafty-satires, married with frozen time-slice cinematography, have made CEAT commercials memorable and award winning.

What is truly laudable is that while patents and copywriters usually don’t go hand-and-hand, with a belief that innovation is a story in itself, Dubey designed and patented CEAT SAFETY GRIP for women’s safety, which CEAT now mass produces and sells on Amazon India.

Success Mantra
Creativity is a lantern which shows you one step at a time. Follow it right, and you’ll navigate your way through the jungle of mediocrity, cynics, naysayers, and the passionless. 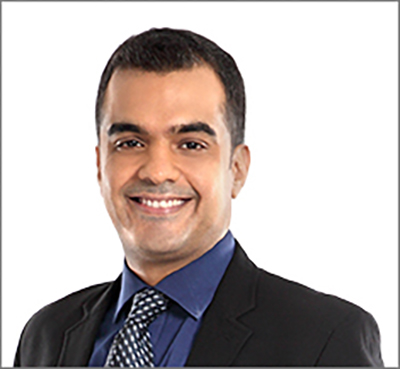 Harshdeep, aka HDC, leads the Exchange for Mindshare Fulcrum, which works exclusively for Hindustan Unilever (HUL). His role entails budgeting, planning and executing over 180 annual campaigns - which in sheer numbers is 10% of India’s ADEX. HDC was recently presented with the Pioneer Business Partner Award (a Unilever APAC media partner ecosystem award), the first Mindshare employee to win it in the last four years. In the last one year, HDC has shown his vision, knowledge and leadership skills in the following areas:

Media planning process: With 180+ campaigns, the media planning process has to be regulated, yet flexible enough to adapt to changing market conditions. Project De Villiers was devised to revise the current practices with an adaptive system, based on maximizing reach in brand-penetrated households. HDC was responsible for formulating the logic, backend process, data simulations and beta tests till the process was perfected. It was recognized as Unilever’s Best Practice globally.

Budgeting process: The volume of HUL media spends means that budgeting is extremely critical. When the Zero Based Budgeting (ZBB) system came into effect at HUL, it was met with resistance. However, HDC quickly understood the benefits of ZBB and developed a Tracker which detailed the efficiencies and effectiveness of ZBB-compliant campaigns. This was instrumental in spearheading a system of self-regulation within the marketing teams.

Marketing MIS: For any one campaign, from brief to implementation, there are approximately 30 people involved across marketing, media, operations, MIS, finance, etc. If we were to look at over 100 monthly campaigns, the scale of people and data generated is humongous. In this scenario, Project Click, an automation project spearheaded by HDC and HUL, brought an automated MIS system in place, which involved speaking to many third party suppliers and getting into the shoes of all the functions. The rollout will be life-altering for Mindshare and HUL.

HDC is also a key member of the team that works on Medianomics, GroupM’s report on media market inflation. He explains, “My work involved establishing the methodology and then setting up systems for authentic and robust tracking. The predictions (AdEx growth and inflation) that Medianomics provides, have now become imperative starting points for many clients for their annual advertising investments and deployment planning.”

Success Mantra
For HDC, attention to detail and simplifying tasks is key to success. 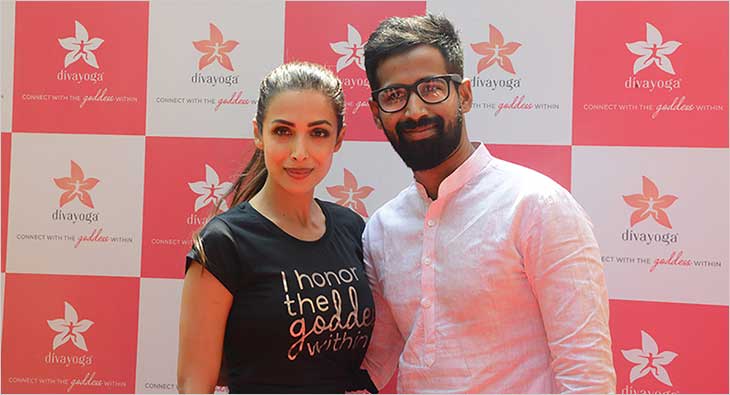