Collaborations and conversations are where the future lies: Gerry Boyle

At some point, we have to get away from impression measurement, and seek measurement of engagement & experience, says the Chairman of ZenithOptimedia Asia Pacific

While re-thinking the next 25 years, Gerry Boyle, Chairman, ZenithOptimedia Asia Pacific presents the possibility of a future, wherein the focus will be on brands as collaborators and facilitators of conversations, and emphasis on experience even while e-commerce will thrive.

Giving a historical background of the media in the last 25 years, Boyle mentioned that innovations have been taking place on a large scale and there has been conspicuous consumerism. Looking forward, he raised some key questions – will bricks and mortar stores survive in the midst of an e-commerce economy; will Chinese consumers continue to be big spenders despite the economic slowdown; will fast consumerism fulfil customers in the long term; will a new set of values of consumers evolve as new thoughts, ideas and processes come into existence; will friend reviews and recommendations replace branding efforts; and will the phenomenon of computers learning the human language be the end of serendipity.

According to Boyle, in the next 25 years what we will surely see is a shift from high street to i-street, emerging markets other than the BRICS nations and growth in consumerism, and socially responsible consumerism. Social media will not be add-on, but will be fundamental to the ways in which businesses would be developed.

Giving another macro view, he said that the average age of consumers in emerging markets would be six years younger than those in the BRICS nations, which means that the consumption of technology will be much earlier. “In the next 25 years, there would be smaller families, and the boom in the service industry would mean greater empowerment for women. CSR will be about going green instead of green-washing, and a great example of this is how Heineken is promoting responsible drinking, as opposed to the traditional stand taken by alcohol brands that consuming alcohol makes a man more attractive. Some brands are already collaborating with consumers for mutual gains,” he envisaged.

He explained how in most households today, there are at least three devices connected to the Internet, and the future would lie in gadgets that would pick up a person's moods – a smart phone might be able to turn some classical music if a person is stressed. “But if one moves into a world where every device reads us, will it steal the surprise in life and in marketing?” Boyle wondered.

He provided an important insight that 65 per cent of the content generated online is by the consumers. And brands are making use of that involvement – the UK daily Guardian presents entirely open-source journalism content and invites its readers to share their views as well as contradict the editorial opinion.

Boyle concluded by saying that brands will have to present themselves as collaborators, and the need of the hour is fluid strategy planning. “The opportunities affordable in the mobile phone as a channel are fascinating. Yet, at some point, we have to get away from impression measurement, and seek measurement of engagement, which will be based on action and effect. Even if there is an increase in e-commerce, people will still want to go out and shop with friends, and touch and feel products. In the UK, most people do grocery shopping online, yet grocery shops are thriving too. So, the desire for human experience will never go away,” he added.

Gerry Boyle was speaking on ‘Re-thinking the Next 25 Years’ at the 13th edition of the exchange4media Conclave, held in Mumbai on November 25, 2013. The session was chaired by Sunil Lulla, MD and CEO, Times Television Network. 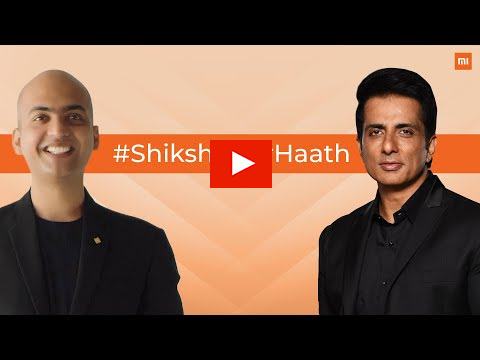