Zero to premiere on Zee Cinema

The Shah Rukh Khan, Anushka Sharma and Katrina Kaif starrer will air on the channel July 28 at 8 pm

Directed by Aanand L Rai, and written by Himanshu Sharma, the movie is an amalgamation of romance, comedy and underlying emotions.

Set against the backdrop of Meerut, the story revolves around Bauua Singh (Shah Rukh

Khan), a man short in stature, but who never falls short of confidence. His childlike innocence and his best friend Guddu Singh (Mohammad Zeeshan Ayub) come to his rescue every time he gets himself in a difficult situation. As the story moves ahead, Bauua through a matrimonial site meets Aafia Yusufzai (Anushka Sharma), an accomplished scientist, who is affected by cerebral palsy.

Bauua uses all the tricks in the book to woo her and they soon fall in love. However, their love story faces a twist with the entry of Bauua’s crush Babita Kumari (Katrina Kaif), a superstar whose heartbreak-induced-insecurities come disguised in her kajal-smeared eyes.

Zee Cinema with its brand proposition ‘Seene Mein Cinema’ salutes people like Bauua, Aafia and Babita, who despite their internal conflicts find the intent to make it big in life.

Aanand L Rai said, “Zero, by far, has been one of my best directorial ventures. The experience of bringing Zero to the audience has channelized the fearless, gutsy side of me, taking direction a notch higher as compared to my previous work.”

Khan, who plays the lead role of Bauua Singh said, “Bauua Singh is someone who believes in living life to the fullest and is willing to take on any challenge life throws at him.”

Kaif added, “When I entered the industry I knew I had to put in a lot of hard-work to get where I am today. Zero, according to me, is a film that encourages people to look beyond what holds them back and live a fulfilling life that they always dreamt of.

Sharma said, “The movie sends out a strong message and my character, Aafia chooses to fight her condition and fulfil her dreams.” 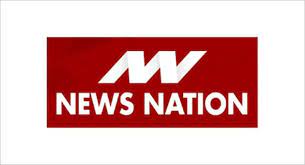