Times Network, part of media conglomerate, The Times Group, hosted the ‘India for Kerala Conclave’ at Taj Vivanta, Thiruvananthapuram. Focused on rebuilding and rehabilitating the state with a new vision, the conclave is an on-ground extension of the #IndiaforKerala campaign initiated by the network.

Inaugurated in the presence of H. E. Shri P. Sathasivam, Hon’ble Governor of Kerala, the Conclave was addressed by key decision and policy makers including Mr. Thomas Isaac, Finance Minister, Kerala, Mr. Shashi Tharoor, Member of Parliament, Lok Sabha amongst others. The Conclave also exhibited support for Kerala from various sectors including Government, Corporates and Mollywood.

Kerala has faced the worst calamity in over a century and the devastation is unprecedented. Rebuilding Kerala has to be a national priority, given the scale of the disaster. The state’s importance as a major tourism destination and its crucial role as a remittances hub and international links makes the action highly visible at the global level and therefore a great branding opportunity for India to showcase its resilience and indomitable national spirit. 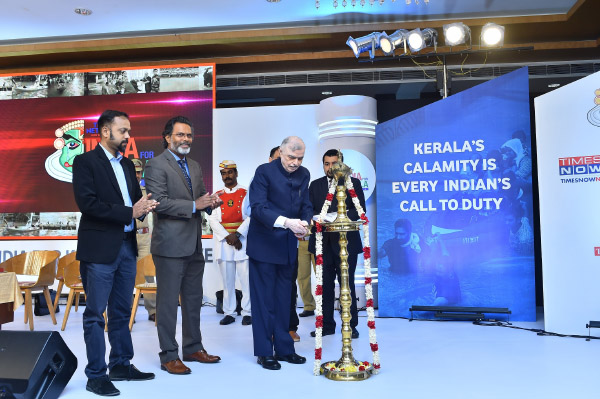 The Conclave witnessed interactive sessions with eminent panelists from the political and corporate world deliberating the best possible ways to help the state and its people. There were some thought provoking discussions in the sessions which included topics such as ‘Rebuilding Kerala - What Will It Take’, ‘Kerala Economy Recast - Aid or Self Reliance’, ‘Citizens for Kerala’, ‘Social Media Impact: Help & Hindrance’ and ‘Reimagining Kerala’.

As the citizens of Kerala came together to help each other selflessly, the India for Kerala Conclave also acknowledged the local heroes contribution and efforts. 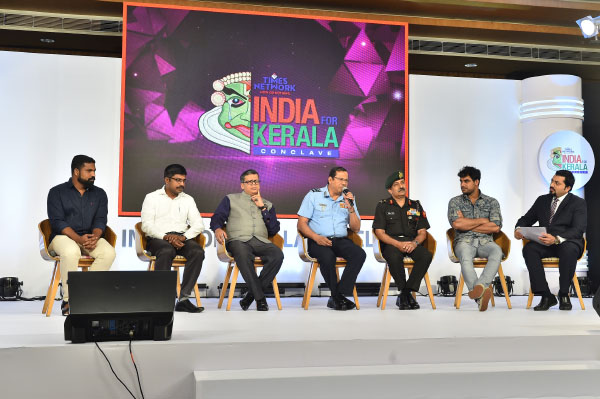 MK Anand, MD & CEO, Time Network said, “At a time, when one of our state is distressed, it is our responsibility as Indians to assist our displaced fellow citizens in every way we can. India For Kerala Conclave is an act of urgency that requires support and solidarity and this conclave is aims to find robust solutions to rebuild the lives of the people of Kerala. I’m sure through collective efforts, we will not just be able to provide succour to the affected, but also lay the foundations for a better Kerala and more importantly create a model of National cooperation and fraternity that will be the basis of a stronger India. We at Times Network pledge to keep the narrative in favour of this spirit of solidarity.”

Speaking at the event, H. E. Shri P. Sathasivam, Hon’ble Governor of Kerala said, “The floods may have rendered us weak for a while, but, our resolve was to strive and not to yield. The floods have left with many lives lost and destruction to properties. Farming sector has been washed away and the many developmental initiatives were rendered to a halt. We estimate around Rs.10,000 crore to rebuild our damaged roads and bridges. The Honourable Prime Minister had clarified to me that the Rs.600 crore released by the Centre in addition to the Rs.562.45 crore already made available in the State Disaster Response Fund of Kerala, was only the advance aid and that additional funds will be released from National Disaster Response Fund as per laid down procedure. Today, the entire world stands with us and help is pouring in to Kerala, not just from our own people, but from other governments, corporates, workers, entrepreneurs, religious institutions, media houses, celebrities and even from the piggy-banks of our little children from around the country. We are extremely grateful to all and let me assure the world that we will prove worthy of your trust by rebuilding a Kerala that the world would admire".

T. M. Thomas Isaac, Finance Minister, Kerala, said, “The recent floods have created a frank open discussion in rethinking of the past developments and what could be done jointly in the present. We are thinking about a new edition of ‘Kerala Model’ of development. In our old edition, we have been successful in redistribution process so that everybody gets minimum quality life. If it was expected Rs 60,000 to 70,000 crores for these developments, now an addition of Rs 30,000 crore to this has become the need of the hour in expanding and re-building roads and infrastructure after the floods. The other concern is the damage the floods been done to the traditional industries of the state like Chendamangalam weaving and to Aranmula Mirror. Their living ways were destroyed and it is a concern of how to rebuild their lives as well”. 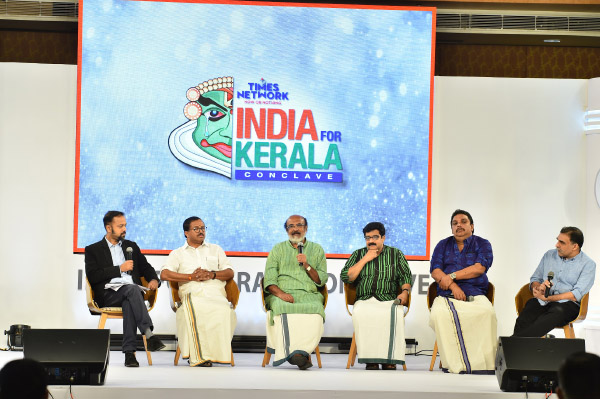 Commenting on the event, Arun Jaitley, Union Finance Minister said, “My compliments go to the civil society of Kerala which has shown exemplary attitude in helping each other this hours of crisis. Armed Forces have done a tremendous job in the rescue operations. Now the process of providing flood relief is substantial work in progress. All agencies from Central Government are there to fully assist the state of Kerala in trying of rehabilitate the people of Kerala better than what they had earlier. I have asked the insurance companies to settle the claims, the banks to give loans so that people can get a breathing space in rebuilding life. Further aid from the Central Government will be given once the full estimate of the damage is done. I am sure we will see the quality life for the Keralites reinstated.”

Pinarayi Vijayan, Chief Minister of Kerala said, “Our focus for Kerala is two-pronged. While carrying out relief activities, we are also focusing on the emergence of a new Kerala. Through India for Kerala Conclave, I take this opportunity to make an appeal to each and every one of you to partner with the people of Kerala to rehabilitate and rebuild the lives of those devastated by rain and flood. I hope through this association with Times Network, the message will be conveyed acSabha India For Kerala Conclave (From L-R) Shashi Tharoor, Member of Parliament, Lok Sabha and Faye D'Souza Executive Editor

Shashi Tharoor, Member of Parliament, Lok Sabha, said, “People of the state of Kerala beyond caste, religion, and politics came together during the flood operation. The youngsters did commendable work in spreading the word on getting help both on social media and on-ground. On the UAE aid controversy, I would like to clarify that there are far richer countries than India, which have accepted such aids. Even there is a written policy by the Narendra Modi government in 2016, which states that we can accept the aid offered by a foreign country but may not appeal for it. Kerala needs more financial support and more help in rebuilding the state. Kerala should consider the Bhuj Model of hosting a Rebuild Kerala Conference to bring in money and help in grands, loan or charity in helping the state. During the earthquakes in Bhuj 2001, Gujarat could raise Rs 1.7 billion partly in loan and grand for helping the state. But for that we need a credible assessment and hence I suggest, we seek help from the international agencies like UN in studying the destruction caused and based on it we can arrange conclaves in creating a new Kerala.” 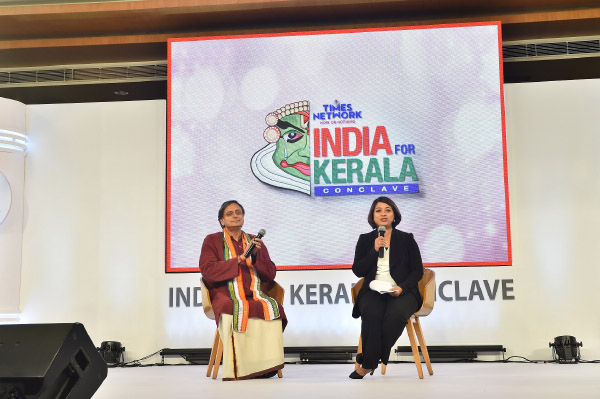 Times Network urges individuals and companies to come forward to join the campaign #IndiaforKerala to help their fellow Indians to rehabilitate, resettle and re-build Kerala to its glory. Continuing with its efforts, citizens can donate funds in form of cheques, in favour of “Times Foundation” to Times Foundation, 10, Daryaganj, New Delhi – 110002 or NEFT/RTGS. The collected amount will be donated to the Kerala CM’s Distress Relief Fund. Further details on the donation process can be accessed at www.timesnownews.com/IndiaForKerala

Ranveer Singh raps it for JBL campaign
1 day ago

GODREJ L’AFFAIRE WILL BUILD A STRONGER CONNECT WITH MILLENNIALS: SUJIT PATIL
6 days ago