Will tablets bridge the digital divide?

Advertisers are banking heavily on the data-enabled mobile and tablet market, reflected in the launch of new apps. But is this optimism well placed?

Despite sluggish growth registered in the first quarter of 2011, India is one of the fastest emerging tablet markets globally, and advertisers have high expectations from this market. With converging content, the media industry is looking at mobile platforms and tablets as the future of communication technology.

The tablet market of many countries too point in that direction. Several countries have witnessed a sharp decline in sale of personal computers due to rise of tablets and notebooks. For instance, adoption of tablets has led to a 30 per cent reduction in PC usage in the US.

The Indian market scenario, however, is somewhat different. Firstly, tablets are yet to reach the tipping point to make a difference in a big way. While the first quarter in 2011 registered sluggish growth, the next two quarters were bullish, which sent positive signals. Sumit Sahay, Head-Marketing, Infiniti Retail (Croma), observed, “We have seen consistent and significant growth of electronic appliances. The segments that have registered maximum growth are laptops and notebooks among electronic appliances and this segment will continue to grow.”

The advent of low-cost tablets has also fuelled this growth. Soon after the lowest-priced tablet, Datawind’s Aakash, was unveiled in October 2011, BlackBerry maker Research in Motion slashed the price of its tablet PlayBook by 50 per cent. Makers of the Aakash tablet, UbiSlate 7, have reason to believe that the tablet market is expected to grow significantly when the Rs 3,000 enterprise tablets hit Indian stores and e-commerce portals. As per the data available with Computer Market Research (CMR), Indian consumers will buy around 85,000 tablets in 2012 as against 60,000 in 2010. By 2017, the number of tablets sold in India is expected to reach approximately 23.38 million. The sale is expected to double every year.

What has taken many by surprise is the growth and growing popularity of tablets in India. The first tablet computer was launched in India in November 2010. Since then, the market saw a series of launches from both MNC and Indian players. Tablet models are focused on both enterprise users and the ordinary consumer segment. The number of players in the segment is expected to go up to 20 by the end of 2012. One of the biggest developments would be the much-awaited foray of Reliance Industries into the tablet and media markets with its high-speed fourth generation (4G) data service offerings on tablets, priced around Rs 3,500, in 700 cities by 2012-end. If 4G becomes a reality in India, then competition is only going to grow in the years to come.

But will this growth outnumber personal computer devices and have an adverse effect on the growth of computers and laptops? For advertisers, it’s a wait and watch situation. “Tablets won’t necessarily replace existing laptops and desktops. It would be an added device, meant largely for entertainment and mobility purposes,” remarked Ranjivjit Singh, Chief Marketing Officer, Personal Systems Group, Hewlett Packard India Sales Pvt Ltd.

Contrary to global trends, the tablet versus PC experience in India has been different. In a study conducted by IMRB International among 1,512 Indian Internet users, including 582 tablet users, around 50 per cent of the 476 users who browse Internet on their PCs/ laptops rated their experience as “excellent”. Around 39 per cent of 455 users browsing the Internet on tablets rated their experience in the same category. However, in case of tablet users who browse Internet using 3G connections, 51 per cent of the users rated their experience high. “Fundamentally, the PC will stay central to work, education, entertainment and other such scenarios, while other form factors will accessorise usage,” Hewlett Packard’s Singh added. The report also mentions that mature Internet users prefer to use the tablet to watch movies, listen to music, play games and carry around while traveling. Even though users have been using PCs/ laptops and mobile phones for many purposes, it is the tablet that they find better and rewarding in experience when they access content related to entertainment.

Indian PC market unaffected
Interestingly, despite a significant increase in the sale of tablets, notebooks and laptops, the PC segment has registered a consistent year-on-year growth. As per a recent industry report by CyberMedia Research, sale of PCs is expected to accelerate by 14 per cent in 2012, leading to sales of 12.71 million units as against 11.15 million units in 2011. The report states that despite an increase in the marketshare of tablets, PCs continue to occupy Indian houses and offices. The study also points out that with nearly 10 million unit sales in 2010, the combined installed base of desktop and notebook PCs in India is estimated to have crossed 52 million units as of December 31, 2010.

Singh explained, “The PC is still a growing market and a lot of PC adoption is yet to be witnessed. IDC estimates that 346.2 million PCs were sold worldwide last year and the PC market will grow 9.3 per cent year-on-year in 2012. While certain western markets are reaching maturity in growth rates, emerging markets continue to grow very rapidly.” The current penetration of personal computers translates into one computer for every 25 Indians. This figure has doubled in the last four years. The report also claims that at the end of 2006, there was approximately one computer for every 50 Indians. Another argument that goes in favour of continued PC usage is under-penetration of computers globally and growing literacy in Third World nations. Currently, only 18 per cent of the world’s population uses a PC, and penetration of personal computers is expected to reach about 2 billion people in the next three years; the majority of this growth will come from rapidly developing countries.

Tablets – personalising digital usage
While personal computers and laptops are input devices, tablets are increasingly becoming devices for personal experience, which positions them between mobile phones and computers. Advertisers, too, believe that while tablets are consumer-centric, computers are only devices meant for data consumption. Advent of affordable tablets has increased consumer affinity, coupled with their attractive multimedia format.

“The tablet is definitely reshaping the content consumption behaviour on the Internet. As opposed to laptops and PCs, the tablet is clearly a consumption device. One can have a magazine-like experience on a tablet, which opens up a lot of opportunities for publishers as well as advertisers,” said Nitin Mathur, Senior Director & Head of Marketing at Yahoo! India. The recent slash in tablet prices has also created unprecedented technology hype. Growth of any device is defined by its consumption pattern, which is ambiguous at present. But as the market matures and experiments with content on indigenous and global tablet devices, new means of marketing and advertising practices will emerge. 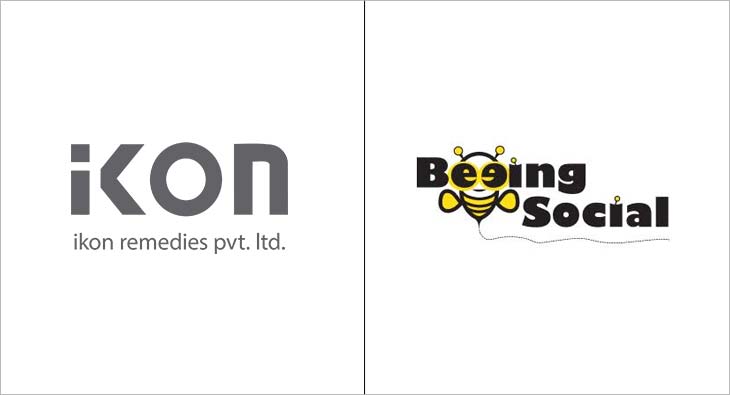