Why brands are listening

With India being one of the fastest growing Voice markets in the world, marketers are experimenting with Voice, studying Indian accents & looking at integrated solutions for the customer

We are currently at an inflection point in the world of digital technology, where ‘connected everything’ is no longer just an idea. This is the world of smart homes, where you can control everything, from the lights in your house, to the drawing of your curtains, to the casserole baking in your oven, by the mere flick of a finger, sitting in any corner of your house or even outside it.

At the heart of this inflection point lie the endless possibilities that get opened up courtesy Voice assistants like Amazon’s Alexa, Apple’s Siri, Microsoft’s Cortana or Google assistant.

India seems to have jumped up to explore the possibilities of Voice. According to an iProspect report ‘The Future is Voice Activated’, India has emerged as the leading market both in terms of the rate of adoption and a positive sentiment towards Voice experiences. Out of the total number of people surveyed, 82 per cent smartphone users said they use Voice-activated technology, with 51 per cent using Voice in some form every day. As per the report, 78 per cent of current users said their usage has increased in the last six months.

About 56 per cent of non-Voice users have indicated, as per the report, that they will begin using Voice-activated technology if it continues to be perceived as a ‘technological revolution’. Additionally, India scored the highest NPS rating of all surveyed markets at +59.

Voice Marketing In The Indian Context
In the US, brands are finding innovative ways to use Voice, not just in terms of advertising, but rather in staying connected with consumers. For instance, P&G’s detergent brand Tide in the US has tied up with Amazon’s Alexa to offer step-by-step voice instructions on how to remove more than 200 types of stains. Diageo tied up with Alexa too for its Happy Hour skill that not only recommended cocktail recipes but also informed users about nearby pubs where one could get to enjoy cocktails made from Diageo’s products.

Closer home, marketers are experimenting with Voice too. There are a lot of reasons why brands have been more upbeat about Voice than other new technologies.

So what is it that has made Indians open to experimenting with Voice tech?

Vishal Rupani, Co-founder and CEO, mCanvas says: “People like to communicate through Voice because it’s easy. We are currently living in a phase of Voice evolution where Voice-enabled devices and assistants are easily accessible and affordable. Moreover, they are allowing us to carry out daily tasks, enabling Voice commerce, facilitating conversations with brands. Consumer tech, more often than not, makes users adapt to devices instead of it being the other way round. But with Voice, it’s different. Speech comes naturally to consumers, and Voice technologies are adapting to understand what users want and are delivering just that.”

Currently, brands are using two strategies to explore the use of Voice – one, Voice assistants and two, integrating Voice into the product. Sreeraman Thiagarajan, Co-Founder, Agrahyah Technologies, an agency dedicated to Voice marketing, explains, “Currently, there are two ways of integrating Voice into your strategy. One is by integrating with the Voice assistants to make ordering simpler for consumers. Secondly, electronic appliances brands are working on integrating Voice assistants into their products. Once you have a sound Voice strategy in place, the next leg is audio because the next challenge is, how does one engage with consumers enough to bring them back to your brand even after the transaction is done? So, we are coming up with branded content and using them in podcasts, that people can listen to, on the go.”

A lot of Voice is also being used in terms of search. But there still aren’t any Voice-based ad solutions that have been rolled out in the country yet, says Rubeena Singh, CEO, iProspect India. “Currently, Voice search is the only channel we have leveraged. We have been able to provide content-based solutions (organic search) to a lot of clients. However, Voice-based ad solutions are still not rolled out in the country. As and when this happens, the adoption will be fast. India is a multi-lingual country and Voice will help brands to customise communication for customers. The task in hand isn’t an easy one, but brands are increasingly challenged to provide their consumers with seamless experiences.”

Providing consumers with seamless experiences is where a lot of experts feel the use of Voice can come in handy. For instance, IndusInd Bank, in an effort to simplify the process, started offering fund transfers, mobile phone recharges and credit card payments through Alexa.

Lulu Raghavan, Managing Director, Landor says the agency has not yet worked on a Voice campaign, but feels that Voice presents endless opportunities, especially in improving customer experience. “Globally, Voice is a big push for us and we are excited. We are looking at different areas, like the gender of AI technologies, how do you humanise these technologies, how do you bring about more consistency. Back home, a lot of futuristic brands are thinking of integrating Voice into their products. So yes, we are excited about the future.”

Where All The Action Is
What has perhaps given the adoption of Voice a big impetus is the healthy competition between platforms like Google and Amazon that are making voice devices more affordable for consumers.

Amazon launched its range of Echo speakers in India in February 2018 and the product has gained a lot of popularity in the country. Amazon has also integrated Alexa into its media-streaming device, Amazon Fire Stick.

This goes on to show the interest in the product, says Dilip, adding that Amazon is leaving no stone unturned to make sure that the technology reaches far and wide. “We are also working on making Alexa ubiquitous, in terms of experience. Our endeavour is to make Alexa as Indian as possible. We are working on understanding the Indian speech pattern, the exact accents with which customers speak, because there are many different ways in which people can pronounce the same word. We have to make sure that Alexa recognises all of that,” adds Dilip.

Why Voice Will Work Well For Rural
Mindshare recently worked on the Idea 4G #IndiaKaLiveNetwork initiative which saw the launch of an AI-led Voice-enabled, video chatbot ad to educate users. The campaign garnered an engagement of over 7.2 million users.

Niraj Ruparel, National Head - Mobile, Mindshare India says, “We are doing a lot of work in the Voice space, and most of it is predominantly on the rural side of the market. The innovation we did for Idea was a combination of Voice and video. However, when it comes to the use of only Voice, the rural market is more apt because a lot of these people who are first time Internet users might not be comfortable with typing, but they don’t mind giving voice commands. Brands understand this and we are receiving a lot of briefs that are targeted towards the rural audience and want to use Voice. Right now, the work is more based on open speech or keyword-related speech. But with a lot of these other platform-based campaigns which we are launching, the consumer behaviour is shifting too. People now know that they can call up and send queries and the system will answer back to them.”

The lure of Voice lies also in the fact that it drives convenience. Anand Chakravarthy, MD, India, Essence explains, “Voice will be important for people not comfortable with typing. But it will also become an important part in the lives of the more evolved consumers. We are becoming more and more dependent on our devices, be it our mobile phones or other connected devices. Voice and the Internet of Things is slowly entering our lives, to make our lives simpler, better. Brands also need to see how to use Voice as a potential medium to talk to consumers and how to incorporate it in their own services, which can make it easier for consumers to access them.”

The Roadblocks For Voice
While agencies and brands are bringing together their collective genius to navigate this new ecosystem, they are also aware of the possible roadblocks that Voice could face, as any new technology takes time to spread its wings. Latish Nair, Chief Digital Officer, MediaCom, says, “I believe the major challenge at this point is still from the side of the technology - the adoption of the technology, finding the right partners. Creating a Voice conversation is not easy. AI and Machine Learning can play an important role in the second phase.”

Pointing towards a few more challenges, Chandni Shah, COO, Social Kinnect says, “With Voice marketing, we have to understand that different accents and intonations may not be easily understood by the technology in question. In that case, communication gaps could become broader rather than narrower. For the disabled or hearing challenged, Voice marketing will be nearly impossible to use. Visual search is also gaining traction, and is a more direct and easier way to find information online. This could be a potential challenger to Voice marketing too.”

Whether Voice marketing is able to capture the fancy of consumers and bring them closer to the brands, only time will tell. For now, brands are happy simply listening to their consumers and figuring out just another innovative way in which they can become of part of the consumers’ lives.

Brand Neeraj Chopra soars, but will it stay afloat?
11 hours ago 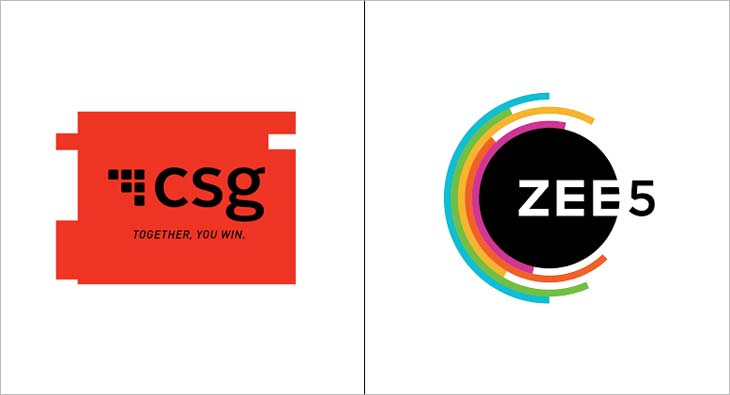 digital 'Our shows are travelling on their merit': Vijay Koshy on TVF's KBC moment
8 hours ago