How will storytelling rescue advertising in the digital age?

While storytelling has always been an important aspect of advertising, for brands it is important to create meaning and emotional connect with its target audience.

Storytelling is an integral aspect of advertising, especially with the advent of social media consumption in India.  “The point of storytelling is to create a sense of interest and fiction so that the viewer watches what I am showing. Story telling lets me be closer to the brand rather than a 20 per cent discount,” said Sandeep Bhushan, Director, Consumer Technology and Media Businesses, India and South Asia, Facebook at FICCI ‘Massmerize 2017’ held last week in New Delhi.

The significant growth of social media in India has diverted advertisers’ attention from traditional media to the internet. With over 240-million users, the country has left behind even the US. YouTube has over 180 million monthly active users on smart phones alone and 33 million users of Instagram are in India.

“The opportunity of storytelling is here,” Sandeep said based on the fact that India has the largest number of Facebook users.

“When ads are shown, around 29 per cent of the viewers think that they are interrupted. If your story, video, graphic or banner is intruisive in anyway then that’s very likely to cause a problem,” said Jasleen Kaur, Head of Marketing Department at Benetton Group.

While storytelling has always been an important aspect of advertising, for brands it is important to create meaning and emotional connect with its target audience. “There is not a single ad in which they (United Colors of Benetton) are selling a jacket, a tie or a pair of socks. We do a contextual communication with consumers. It is not a brand talking to people. It is people talking to people,” she further said.

Video ads on platforms like YouTube, Facebook, Instagram etc. have seen a rapid growth in terms of usage. “My 16-year-old son watches videos of PewDiePie on the Internet half the time when I am home. PewDiePie has over 57 million followers and he reviews games released on Playstation, X-box, etc,” Rohit Gopakumar, CEO, Medianet, said focusing on the changing norms in digital advertising. It must be mentioned that many brands these days do not simply make ad videos for online circulation but also reach out to social media influencers like bloggers and YouTubers to advertise their products.

Contrary to the general belief that social media platforms are dominated by English language, most Indian users prefer their respective regional languages. “Of the 400 million internet users in India, most use languages other than English,” said Zahid Shaikh, Business Head, groupM Agency Motivator. “Storytelling is an essence that is required across the board. In the last 10 years, media has completely changed and we all are still learning about digital media,” he said.

Also, how the product is presented to the consumer is more relevant now more than ever especially in the digital age as people do not want ads to be imposed upon them. Rather a more subtle language might be helpful. “I need to sell a product but it shouldn’t look like I am selling it. Instead of talking about the products, I use them in my videos,” said Dixit. “Every influencer has a different storytelling style, like I do comedy. Brands need to target the audience and influencers ought to understand the brand and how to sell it,” she added.

Rishabh Pant: The new blue-eyed boy of the brand world
8 minutes ago 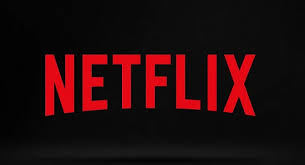 digital India has transformed itself as a mobile-first consumer economy: InMobi report
17 hours ago