The Meltdown: Print players look hard to find the opportunities underlying the threat

Print players have faced some real tough times in 2008. While the first half of the year saw increase in newsprint costs affecting ad rates, the second half has the industry under the grip of a global economic slowdown. However, the print honchos exchange4media spoke to firmly feel that all is not lost yet and that the print the industry will come out leaner and more agile in the coming times.

It has been a tough year for the Indian print industry. If the first half of the year was about newsprint rates shooting through the roof, forcing most of the publications to hike their ad rates and cover prices, the second half has seen the industry reel under the economic slowdown. Job cuts, closures of offices or editions and holding back of plans are becoming common place for most publications.

To name a few: the industry is abuzz with rumours that Bennett Coleman and Company Ltd is looking at cost cutting by laying off its people. The BCCL officials have been stating otherwise. However, with the number of pages of the various BCCL publications coming down in an unprecedented manner, the uncertainty arising from slowdown, has surely hit the organisation. The situation is no different for the other dailies as well. There are hushed, worried conversations in the corridors of publications like the Hindustan Times and Mid Day as well. Sakaal Group has shut down its Delhi operations and has postponed launching the paper in the other cities. DNA Money was a standalone publication in Indore in its initial stage, and the publication was intent on floating DNA Money as a standalone pink paper. These plans seem to be on the backburner too.

The other language dailies are also seeing their problems. The Jagran-18 plans being indefinitely postponed and Business Standard closing its Gujarat editions were just some of the firsts. Many plans of rolling out new editions from the leading media houses are now on hold.

Not that the scene with the magazines is any better. India Today’s decision to shut down its Bengali edition had turned quite a few heads. Steps such as Outlook Hindi becoming a monthly from a weekly just show some of the cautions that magazines are taking to brave out the slowdown. Even for the leading players, job cuts, salary cuts and no hikes during appraisals are becoming everyday conversations.

There is no denying the fact that the Indian print industry is going through a very rough patch. Leaders are geared with steps to face the times ahead and look hard for the opportunities that lie under these threats.

Steps undertaken to brave out the year ahead

Faced with such crunch times, the print players are taking steps to counter the effects of slowdown and plan ahead for 2009. Akila Urankar, President, Business Standard, said, “All media sectors are going through difficult times, and it is not just print alone. Just look at outdoor, radio, too, and you can see the unutilised inventory. Let’s hope that if 2009 is not better, it does not get any worse. Some of the steps that we have taken to tide through these times are increasing the cover prices in some markets to bring them on par with our other markets, and putting recruitment on hold.”

Sounding optimistic, Maheshwar Peri, President, Outlook Group, said, “Next year can only be better than the current year. However, we all need to be prepared for the worst and make plans. The first and most important thing is to evaluate each business unit on its performance and ensure that each of them individually make financial sense. No longer can we afford cross-subsidy between publications. In this evaluation, there would decisions on pricing, costs, etc., which have to be implemented.”

Decrease in ad rates due to the general slowdown

Meanwhile, there has been a decrease in the number of ads seen in the newspapers, however, mostly it is believed that this is due to the general slowdown in the market not due to the increase in ad rates.

Ravi Dhariwal, CEO – Publishing, Bennett, Coleman & Co Ltd, said, “I think the decrease in the ads is largely due to the slowdown in the market.”

Agreeing on this point, Urankar added, “Bulk of the decrease in ads is due to the general slowdown. Advertisers have either put their plans on hold or have reduced their budgets. If there is a rationale to the increase in the rate, like new editions, increase in circulation, etc., then the advertiser more often than not is willing to pay for the increase. Also, the state of the market finally decides on the actual increase you can realize, but in the current scenario, the drop in volumes is due to the slowdown.”

According to Peri, “The decrease is across the board. The revenues overall have fallen. It can’t be attributed to ad rates. The ad rates would only justify the ROI for a publication, not the genre.”

Bagga, too, agreed that this was primarily because of the sluggish economic environment.

Many publications are putting plans on hold

Dhariwal observed, “This financial crisis was not our making – we were not in the making, but at the receiving end – it started from the US. We had growth plans, but the crisis came and we had to plan accordingly and put some on hold.”

Urankar noted, “With the economy booming, each and everyone was exploring new markets and products and there was irrationality to some extent.”

Peri said, “We were geared for growth. Most of us were prudent even in the business plans, which made us refuse/reject some opportunities. That is not being overtly ambitious. However, people who have drawn up growth plans for the badge value would suffer.”

He further said, “We had 2-3 great years until some months back, and keeping the targetted rates of growth based on this, most publishers had been bullish about building resources. The markets, however, have softened thereafter, leading to measures such as rightsizing and cost control.”

Slowdown, an opportunity for some

However, most players believe that despite the current downturn situation, all hope is not lost yet. Urankar said, “The only opportunity is to consolidate and get our cost structures into shape so that you are ready when times are better.”

Peri, meanwhile, maintained, “I think that is an overstatement. Slowdown, at the best would separate the men from the boys. Peripheral players, who came in without a plan but valuations and power in mind, would go away. You already see that in the television space. It is an opportunity to consolidate. But growth still remains an issue.”

According to Bagga, “There is always an opportunity lying under every threat. In this case, the industry will come out leaner and more agile having addressed systemic and strategic changes in the way business is one.”

The print industry has been weathering the slowdown storm as best as it can so far. However, it remains to be seen how many would be able to effectively fight back in case of a prolonged downturn scenario. 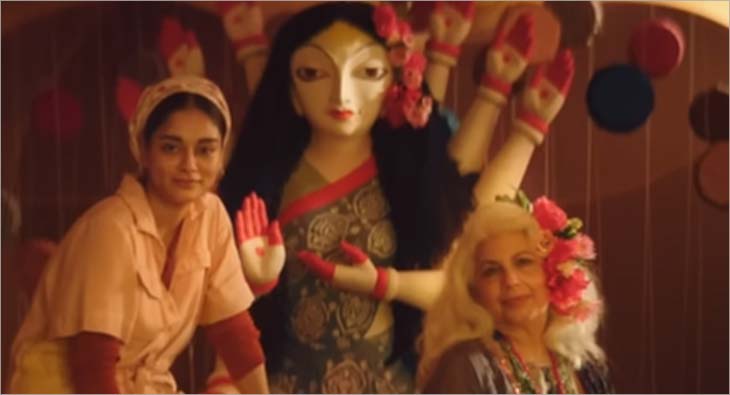