The strategy was to bring out just how arbitrarily and unfairly other telecom providers treat customers, shared KS Chakravarthy, NCD, Draft FCB Ulka

The new campaign of Tata Docomo, created by Draft FCB Ulka, retains the brand positioning ‘I’m different. I’m untelecom’. The positioning of the brand has been consistent from the day it launched almost three years ago.

The ad campaign features Ranbir Kapoor, the brand ambassador, leveraging his versatility as an actor and the fresh campaign idea on the ‘refreshingly different’ promise of brand Tata Docomo. The campaign focuses on two points that the company claims it stands for: Tata Docomo treats its customers fairly and that there are no hidden conditions or activation of unwanted services.

“We have migrated tag lines as campaigns have evolved, but the positioning of the brand that is refreshingly different from the other telecom operators – in a word ‘untelecom’ – has been maintained and emphasised over the course of the campaigns,” said Ritesh Ghosal, Head Brand Marketing, Tata Teleservices while speaking to exchange4media.

Tata Docomo has always maintained that it is an un-telecom brand, standing for simple, transparent, fair dealings. The brand used the last IPL to launch ‘Keep It Simple, Silly’ as the mantra of Tata Docomo. It was brought alive through a multitude of stand-up comic routines starring Ranbir Kapoor.

This time around too, the basic stance has not changed. “Our strategy was to bring out just how arbitrarily and unfairly other telecoms treat customers. It was implied very clearly that if customers won’t accept such behaviour elsewhere, why accept it from mobile operator,” shared KS Chakravarthy 'Chax’, National Creative Director, Draft FCB Ulka.

The brief of the new campaign given to the Draft FCB Ulka was to create a campaign that forcefully delivered the promise of being different from other telecom operators and invited active re-evaluation of the choice of operator. “The tangible proof points of the promise would be a slew of new products and service differentiators. Hence, we needed to find an entertaining story-telling format to engage the customer in this message,” shared Ghosal.

On how the brief was translated into the creatives, pat came his reply, “I think the campaign has done a fantastic job. The idea of creating stories in a make-believe world where a restaurateur behaves like a mobile operator, helps bring alive the ridiculousness of the service paradigm in telecom, apart from resulting in some really funny stories.”

Ranbir plays this cranky, high-handed owner/manager of a simple udipi-style restaurant who comes up with the most outrageous conditions that he imposes on his hapless customers. Adding spice to the campaign is the fact that Ranbir plays a 60-year old in the series of eight commercials. Setting up the basic premise is an opening slate that asks, ‘What if Everyone Treated You Like your Mobile Operator?’

The TV campaign is supported by a strong outdoor, in-shop and online effort. The agency handling the media duties is Lodestar UM. “The media strategy is centred on the IPL property, which is the perfect vehicle for reach and frequency,” informed Hema Malik, VP, Lodestar UM. She specified that TV and OOH will be the primary medium. Nothing has been planned for print or radio right now.

“The campaign is entertaining and clear. It uses a fresh analogy of an udipi restaurant. Plus it’s great to see Ranbir Kapoor in such an avatar,” said Abhijit Lahiri, Creative Head, Rediffusion Y&R.

According to Robby Mathew, NCD, Interface Communications, “The ads are short, sweet and clutter-breaking”. As for the central character depicted in the campaign, he added, “It’s great use of Ranbir and the take on Brando is awesome for those who get it.” 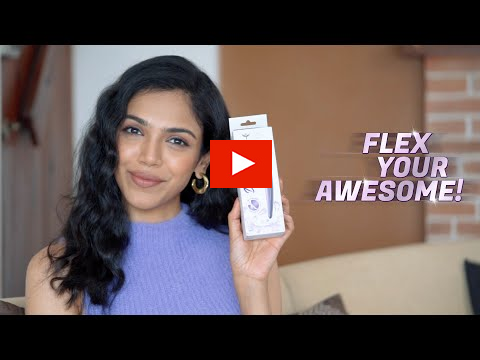